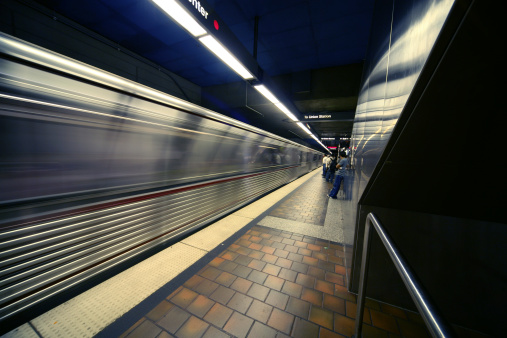 With news fresh about some $2.1 billion in federal loans and grants for the Wilshire Boulevard subway, people who work or live near the Purple Line will get a glimpse at years of construction under them next week.

Metro is planning its first advisory group meeting next Tuesday. Staff will provide an overview of the anticipated noise and vibration, as 3.9 miles of street are ripped apart and tunneled beneath.

The area is one of the most-densely populated areas of California, and includes multistory residential and commercial buildings from Western Avenue in Koreatown west down the Miracle Mile to La Cienega Boulevard in eastern Beverly Hills.

According to published plans, three stations will be built using cut-and-cover construction, where large rectangular pits will be dug and finished as street traffic is maintained on temporary decks above. Tunnels will link the stations, at Wilshire/La Brea, Wilshire/Fairfax and Wilshire/La Cienega.

Similar construction methods were used on Hollywood Boulevard and Vermont Avenue during the construction of the Red Line in the 1990s.

Construction along Wilshire is expected to start later this year and trains are scheduled to depart Western Avenue in the new tube by 2023.

Metro said Tuesday’s meeting will include an overview of anticipated construction-related noise and vibration, and background on pre-construction surveys fro properties along the alignment.

The meeting will be from 5:30-7:30 p.m. Tuesday at the Petersen Automotive Museum, 6060 Wilshire Boulevard, which is across the street from the site of the new Wilshire/Fairfax station.