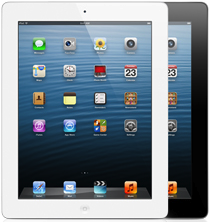 The Los Angeles Unified School District is seeking to recoup millions of dollars from technology giant Apple over a problem- plagued curriculum that was provided with iPads intended to be given to every student, teacher and administrator, it was reported today.

The Los Angeles Board of Education Tuesday authorized its attorneys in a closed-door meeting to explore possible litigation against Apple and Pearson, the company that developed the curriculum as a subcontractor to Apple, the Los Angeles Times reported

Schools Superintendent Ramon C. Cortines “made the decision that he wanted to put them on notice, Pearson in particular, that he’s dissatisfied with their product,” David Holmquist, general counsel for the nation’s second- largest school system, said in remarks reported by The Times. He said millions of dollars could be at stake.

In a letter sent Monday to Apple, Holmquist wrote that it “will not accept or compensate Apple for new deliveries of (Pearson) curriculum.” Nor does the district want to pay for further services related to the Pearson product. Apple did not respond to a request for comment. Pearson defended its product, The Times reported.

The $1.3 billion iPad effort launched by then-Superintendent John Deasy faltered almost immediately during the fall 2013 rollout of the devices. Questions later arose about whether Apple and Pearson enjoyed an advantage in the bidding process; an FBI criminal investigation is underway.

Deasy had said the technology effort was intended to provide low-income students with devices available to their wealthier peers. He resigned under pressure in October, largely because of problems with the iPad effort.

Amid eroding political support and rising costs, the district first slowed the effort, then abandoned the goal of providing a device to every student.

The contract with Apple was approved by the Board of Education in June 2013 as part of a deal expected to reach at least $500 million, The Times reported. Another $800 million was earmarked to improve Internet access at schools.