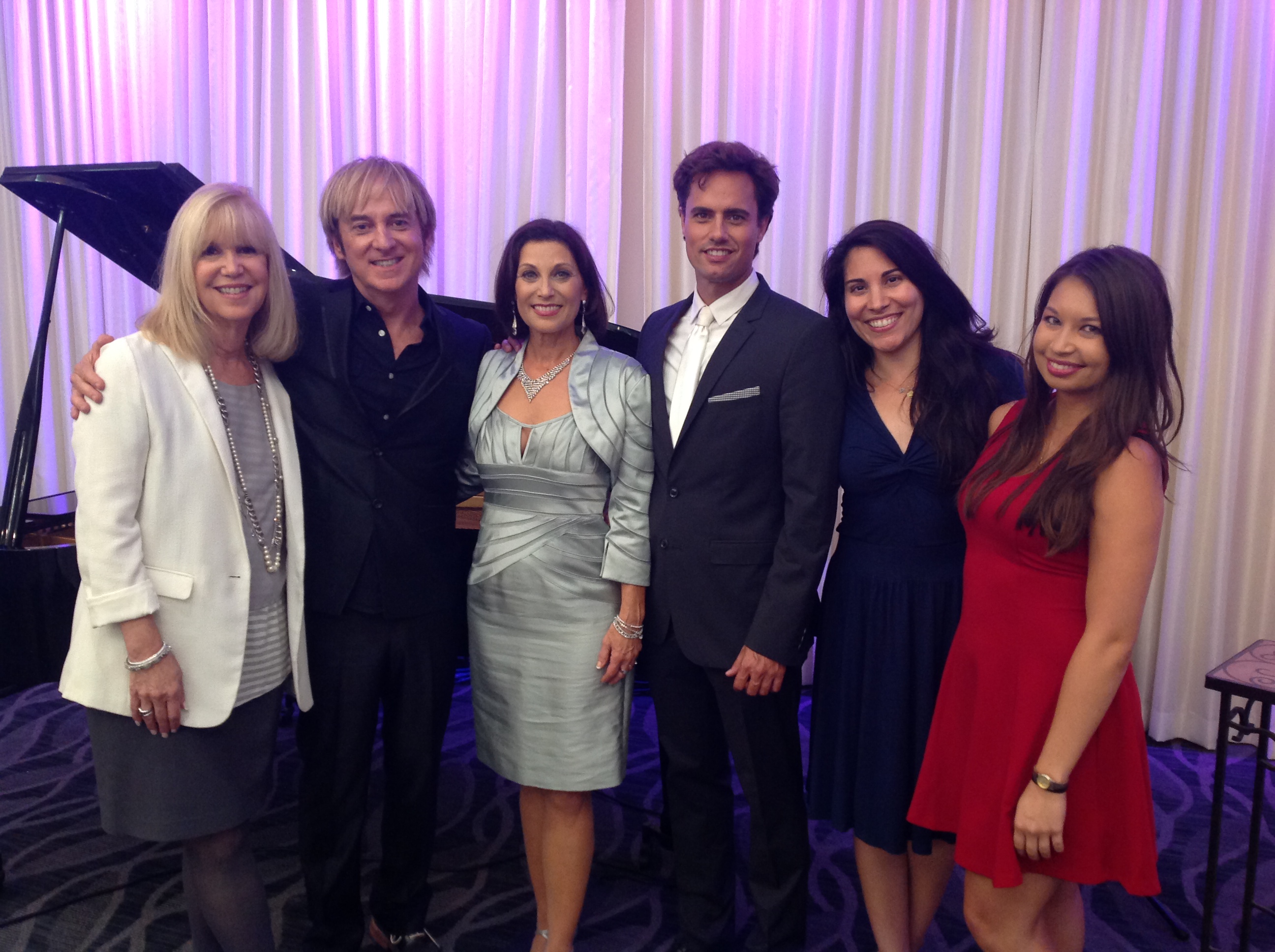 Within the walls of the Grand Salon Ballroom at the InterContinental in Century City, the magic of Broadway was transported 3,000 miles from New York City in the form of “Best of Broadway,” presented by the Century City Chamber of Commerce on Thursday, Aug. 14.

Much to the Angeleno’s delight, the opportunity to experience a taste of almost every modern-day Broadway hit was available through the presence of Broadway legends Valerie Perri, David Burnham, and Mark Vogel.

An unsuspecting, luxurious Century City hotel venue was transformed into a stage within a borough in Manhattan, all thanks to the three performers who have each had successful runs in the competitive and elite world of performing arts.

Despite their obvious talent, work ethic, and prestige, Perri, Burnham, and Vogel all carried with them humble, vivacious, and lovable personalities that instilled in the audience a sense of comfort and relaxation, allowing the show to truly be a means of a mental vacation and a source of awe-inducing entertainment.

All three performers connected each and every song to a personal experience, a humorous anecdote, or a memorable moment in their lives, showing off their story-telling skills as well as their vocal capabilities.

Since each song was somehow tied to a touching story, the performances were all the more captivating, as audience members could picture the performer in the scenario they had just described.

For instance, Perri began her noteworthy signature song from Evita – “Don’t Cry for Me, Argentina” – against the backdrop of her initial audition story.

As the crowd envisioned her wardrobe change, her nervous jitters, and her face gleaming against the spotlight, the performance evolved into more of an outlet of self-expression that the audience could emotionally relate with.

Burnham sang a powerful rendition of “Bring Him Home” from Les Miserables after elaborating to the crowd how his brother would be coming home soon after years without being able to see him face-to-face.

Again, the universal theme of familial love struck many an audience member, allowing the well-known song to take a more personal impact and seep into real-life experiences instead of statically remaining framed within the plot of the Broadway musical.

Because of Perri’s and Burnham’s experiences as cast members in Evita and Wicked, respectively, hit songs like “Don’t Cry For Me, Argentina” and “For Good” stood as some of the highlights of the hour-long show.

The latter song was particularly memorable as Burnham and Vogel took on a male rendition of the heart-warming exchange between Wicked’s Elphaba and Glinda.
Naturally, this unconventional yet beautifully conducted version provided a fresh outlook at the climax of the musical, again drawing on the idea of another universal theme: friendship.

From classics like Cats and the Phantom of the Opera, to Perri and Burnham’s veteran shows Sunset Boulevard and Light in the Piazza, to even “jukebox musicals” like Jersey Boys and a Motown-based Broadway show, the three performers had no problem covering virtually every genre of Broadway.

To say the very least, the show revealed their mind-blowing abilities to successfully pull off a versatility of musicals and be able to enthrall and fascinate the audience at the same time.

“Best of Broadway” was not just limited to the show itself, however. Mouth-watering, yet elegant appetizers, small bites, and drinks were available before and after the show just outside the ballroom, with Chamber CEO/President Susan Bursk and her staff of Barbara Brekke and Jamie Lew out and about, not only organizing and coordinating the event itself, but also making time to socialize with the community members that they serve and table a section of relevant merchandise in order to support the performers.

Perri, Burnham, and Vogel were also all available after the show to graciously meet-and-greet the guests. The trio undoubtedly brought the chance of a lifetime to the InterContinental – so here’s to hoping Broadway one day makes its return to Century City.

For more information about the Century City Chamber of Commerce and its events, call 310.553.2222 or visit centurycitycc.com.