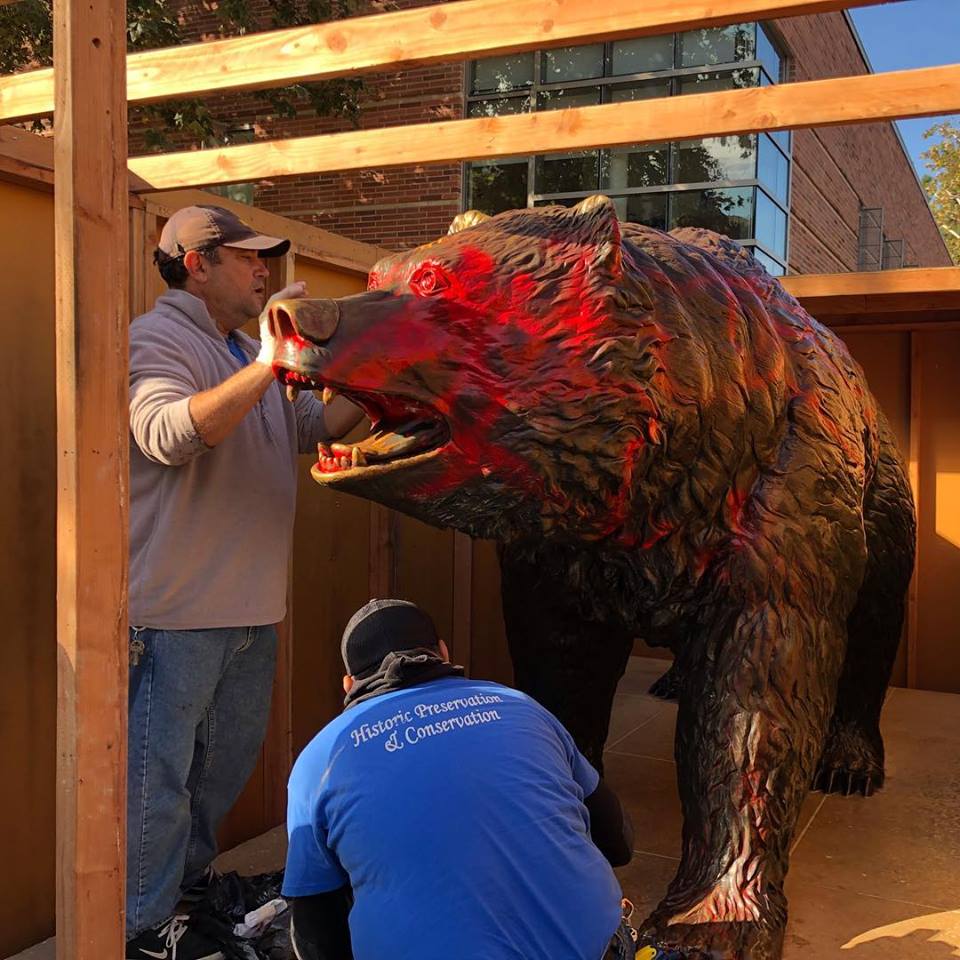 Louie Raider Torres, 19 of Studio City and Willie Saul Johnson, 18 of Van Nuys both face one felony count of vandalism over $400 damage.

On Nov. 13, Torres and Johnson allegedly painted the bear with red and yellow paint, including the letters “SC” written with red paint on the statue’s mantel, prosecutors said.

If convicted as charged, both defendants face a possible maximum sentence of three years in jail.

The case remains under investigation by the UCLA Police Department.