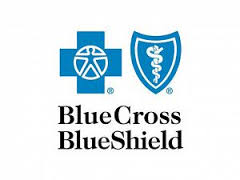 A former Blue Shield of California chief technology officer testified Wednesday that he has no documentary evidence proving he attended a medical conference in Australia and did not just go there to attend a movie premiere involving then-girlfriend Tara Reid.

“Do you have a single piece of paper showing you went to a conference?” Blue Shield attorney Barry Lee asked Aaron Kaufman.

“I do not,” Kaufman testified.

Kaufman maintains in his lawsuit now on trial in Los Angeles Superior Court that he was fired for complaining that his boss, Michael Mathias, cost the company $3 million in excessive expenses on a data collection project. But Lee maintains that the plaintiff lost his job for abusing his company credit card with personal expenses, including the costs of joining Reid in Australia and at an outing at a bowling alley where a sexually suggestive photo of the actress was shot.

According to Kaufman, he brought many innovative ideas to the company that saved $60 million. He said he became concerned when Mathias gave the data collection contract to tech vendor MBI Solutions without having the project put out as usual to bid, a company that Mathias had also given work to when he worked at Aetna Insurance.

MBI continually missed deadlines on the Blue Shield project and did generally poor work, prompting Kaufman to decide, “We need to remove the cancer,” the plaintiff said.

Kaufman testified that Mathias gave him permission to attend an American Medical Association conference that coincided with a G20 summit in Australia in August 2014 and to charge the cost of his flight to the company. He said he was responsible for his other expenses.

Lee displayed for jurors a media photo of Kaufman with Reid in Australia, in which a headline described him as the actress’ “mystery man.”

Kaufman said he had nothing to do with the photo taken of Reid while she was straddling two bowling balls at the Lucky Strike Lanes in San Francisco in January 2015. Kaufman said he organized the bowling contest as a team- building event and changed its focus to a personal rather than a business outing when many of the employees brought their spouses and significant others along with them.

Kaufman said he was so upset with Reid that he ended their relationship after she posted her image on social media.

“I asked her why she did that,” Kaufman testified. “She said, `I do this stuff.’ This is how she behaves.”

Kaufman said there is no reference to Blue Shield in the photo and that it was taken after all the other company employees left.

Kaufman testified there were references in the bowling alley to the 1998 film “The Big Lebowski,” in which Reid portrayed the young trophy wife of a character in the film.

In other testimony, Mathias told jurors that Kaufman never mentioned any concerns to him about costs being run up by MBI. He said part of the problem was that the vendor was not given all the specifications by Blue Shield project managers to complete the job within budget.

Mathias said he did not remember whether the Blue Shield project was put out to bid before it was awarded to MBI. He said he recommended the hiring of Kaufman and at first considered him a friend. He said he later supported management’s decision to fire him.

Asked by Kaufman’s lawyer, Peter Cwiklo, when his opinion of the plaintiff changed, Mathias replied, “When he made false accusations against me.”

The trial will continue on Thursday.