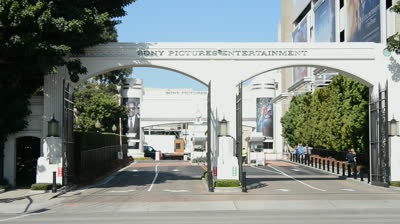 The FBI confirmed late yesterday that it is investigating threatening emails sent to employees of Sony Pictures Entertainment in the wake of a crippling computer attack targeting the studio.

“The FBI is aware of threatening emails that have been received by some employees at Sony Pictures Entertainment,” according to a statement released by Laura Eimiller, a spokeswoman for the bureau’s Los Angeles office.

“We continue to investigate this matter in order to identify the person or group responsible for the recent attack on the Sony Pictures network.
Recent events underscore the persistence and maliciousness of harmful cyber criminals, and the FBI will continue to identify and apprehend those who pose a threat in cyberspace.”

The Culver City-based studio behind movies such as “The Amazing Spider-Man” suffered a computer breach on Nov. 24 that left thousands of employees performing their jobs with pens, paper and fax machines.

“Sony Pictures continues to work through issues related to what was clearly a cyberattack last week,” according to a studio statement. “The company has restored a number of important services to ensure ongoing business continuity and is working closely with law enforcement officials to investigate the matter.”

The company has been scrambling to repair the damage to its computer system after a hack by a group calling itself Guardians of Peace.

Compounding the company’s woes, the attack also seems to have resulted in the pirating of DVD copies of at least five new and upcoming movies. The films began appearing on file-sharing websites just days after the infiltration, according to published reports.

Among the stolen films were the Brad Pitt World War II drama “Fury,” which is still in theaters, and the upcoming remake of the musical “Annie.”

Sony executives have declined to comment on the scale of the attack, but Internet security experts have said it exposed the company’s lax computer defenses.

In the aftermath of the attack on Sony, the FBI warned U.S. businesses on Monday night that hackers have used malicious software to launch a destructive cyberattack in the United States. Cybersecurity experts quoted in news reports from the nation’s capital said the malicious software described in the FBI’s alert appeared to describe what afflicted Sony.

The technology news site Re/code reported that Sony is trying to determine whether hackers working on behalf of North Korea were responsible for the attack as retribution for the company’s upcoming film “The Interview,” starring Seth Rogen and James Franco.

The movie, which is due to be released in the United States and Canada on Christmas Day, is a comedy about two journalists recruited by the CIA to assassinate North Korean leader Kim Jong Un. In a letter to U.N. Secretary- General Ban Ki-moon in June, the North Korean government denounced the film as “undisguised sponsoring of terrorism, as well as an act of war.”