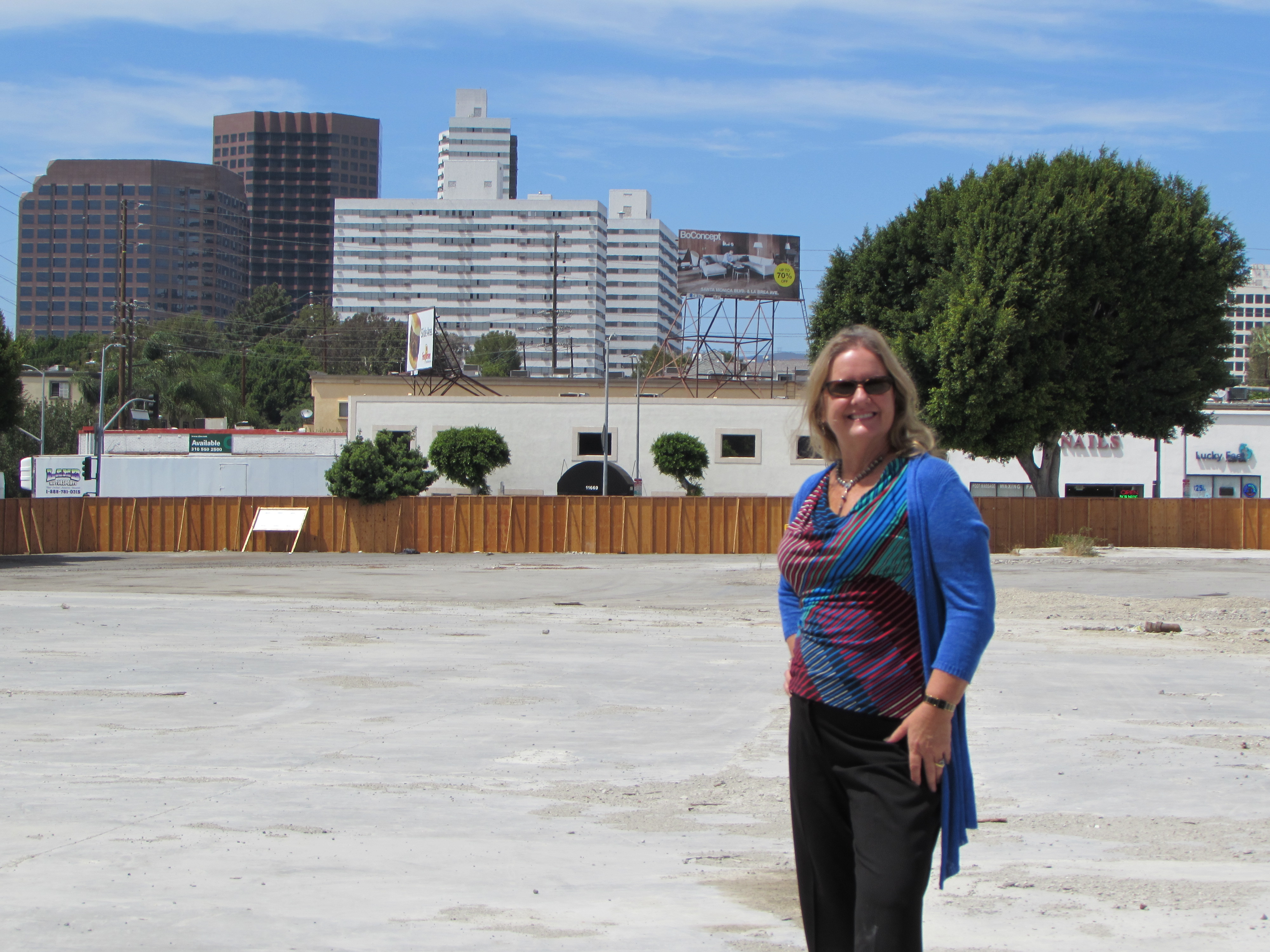 The light-industrial corridor of Santa Monica Blvd. on the Westside has been earmarked as the next growth hotspot for developers with a recent $37.5 million-sale of an entire city block to one buyer, spurring speculation of the area’s development potential.
The block is situated at the southeast corner of Santa Monica Blvd. and Barrington Ave. in the heart of West Los Angeles with the sale labeled “indicative of the market” by real-estate speculators. The 2.64-acre commercial-zoned property stretches from Barrington and Barry Ave. and borders Idaho Ave. on the south side.
Bought by United El Segundo, Inc., a Los Angeles-based third-generation real estate investment and development firm, the deal was brokered by Dyer Sheehan Group (DSG).
“Our buyer is a high net-worth individual who sold a multi-generational family-owned company that has been extremely successful for decades but is no longer able to effectively compete in the increasingly global, corporate-dominated economy,” said Dawn Dyer, co-founder of DSG, adding that bidding for the block was highly competitive.
“The buyer feels strongly that Santa Monica Blvd. will be the next hot spot for redevelopment, much like the Wilshire Blvd. corridor just to the north,” she commented. “The Santa Monica/West Los Angeles market is undergoing a significant transformation.”
Dyer said there was an incredible amount of investment in the area.
“It’s prime for a reinvention of itself,” Dyer said. “There are a lot of exciting things going on right now in this part of the Westside.”
Dyer, who sports more than 25 years experience in the Southern California real estate market, attributes the growth of demand in the mainly-undeveloped Santa Monica Blvd. industrial area to a variety of favorable factors: the shift of tech companies from Silicon Valley to Silicon Beach, the desire for popular Westside real estate east of Seventh Street, and the urban lifestyle demands of “millennials” – people born in the 1980s and 1990s, following Generation X.
“As a demographic group, millennials’ focus is on lifestyle, flexibility and the ability to travel for work and leisure,” Dyer said. “They are not interested in buying their own home and they gravitate toward mixed-use ‘green’ urban apartments with restaurants and amenities at their doorsteps.
Dyer added that they value their spare time; they want to catch some waves in the morning and surf the web at midnight.
She said a focus on “recreation, education and culture,” and not “mowing the lawn,” is also as a reason behind the exponential demand for mixed-use properties in hot urban locations.
The Westside’s attractive climate, upcoming rail-links, and relatively cheaper property prices have seen Silicon Beach rapidly expand, Dyer said, drawing an influx of creative offices and high-tech start-ups from Silicon Valley, a trend that is now pushing toward Santa Monica Blvd.
“Los Angeles has long been a hot-bed of creativity and innovation, which is now giving the San Francisco Bay Area some serious competition in attracting entrepreneurial techies. Rents in Los Angeles are less expensive than in the Bay Area, the weather is better and people can surf before heading into the office,” Dyer said.
Nearby offices of industry giants Google, Yahoo, AOL, and YouTube, are adding to Santa Monica Blvd.’s potential, she explained, with direct beachside properties out of reach for many.
“Prices are prohibitive west of Seventh Street,” Dyer said. “This is one step out where you can start to recreate that kind of energy in a new corridor.”
The new owner of the recently-sold Santa Monica Blvd. block is still deciding on development options and has been approached by a wide range of potential land-use holders spanning commercial, residential, and mixed-use stakeholders.
The block was vacant at the time of the sale and had previously been approved by the City of Los Angeles for development of a new Pavilions grocery store. Subsequent to city approval, Vons elected to sell the property and not pursue development of the Pavilions market.
“It is quite unusual, in a city like Los Angeles, for a developer to have the freedom to plan an entire city block,” said Paul Sheehan, co-founder of DSG. “We are very excited to see what United El Segundo decides to do with the property.”
DSG also anticipates an increase in similarly-positioned buyers on the lookout for development opportunities in the near future.
As small to mid-size family-owned companies are forced to merge with, or sell out to competing large corporations, they are left to seek alternative investments from the equity from their companies and company-held real estate assets.