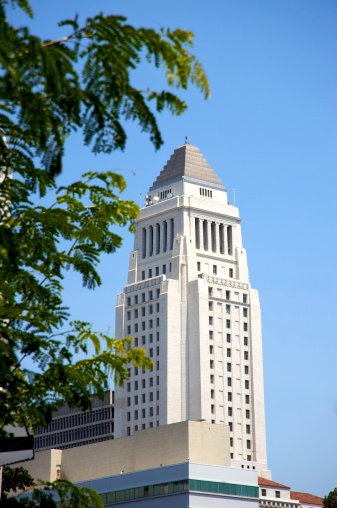 The Los Angeles City Council signed off on a package of revisions to the mayor’s $8.1 billion budget proposal that includes $10 million in additional funding for the fire department, it was reported May 21.

The City Council is expected to vote next week on the revised 2014-15 fiscal year spending plan, which would then be forwarded to the mayor for his signature.

Together with Mayor Eric Garcetti’s own proposal to hire 140 more firefighters and rebuild the fire department, the extra $10 million approved by council would bring the LAFD’s budget to $572 million — $22 million above its previous year’s budget.

The added fire spending, which would be funded using short-term reserves and higher revenue projections, includes $3.65 million to replace fire safety equipment, $3.5 million to hold an extra firefighter recruit training class, and $3.34 million to keep 11 more ambulances on the streets for six months.

Councilman Paul Krekorian, who chairs the Budget and Finance Committee, said the expanded fire budget was “a huge step forward.”

He added that the mayor’s budget also calls for funding to keep police ranks at the same level and starts to “pay down some of the long-term obligation for police overtime.”

“The first priority is public safety,” Krekorian said. “We’ve made big steps in that direction, but we still have a long way to go.”

Eight city attorneys would be hired for nine months under another council-backed proposal. The added $622,424 would pay salaries for five attorneys to work in the neighborhood prosecutor program and three to handle enforcement of Proposition D, the voter-approved measure restricting the number of medical marijuana dispensaries in Los Angeles.

The mayor’s office estimated the officers would issue traffic and parking citations that would bring in $3 million in revenue, but the council decided instead to spend $207,207 to hire five full-time officers to provide traffic control at congested intersections.

The city would still be hiring an additional 17 already budgeted part-time officers to issue citations that, according to council estimates, would bring in $2.29 million for the city.

His spending plan, released in April, proposes to bridge a projected shortfall of $242 million in fiscal year 2014-15 with the help of better-than-expected returns from taxes; savings on employee pensions and benefits; the elimination of vacant positions that equal 46 full-time jobs; grants and surplus funds; and the city’s reserves.

The budget also assumes city employees will agree to go without raises and pay 10 percent of their health-care premiums, but negotiations with city employees are still ongoing.

Krekorian warned that without those agreements, services could be “adversely impacted,” and the city may need to dip into its reserves, which would hurt the city’s “credit-worthiness.”

The budget proposal includes putting away 5.5 percent, or $282 million, into reserves in the fiscal year that begins July 1.

“It’s not something that’s going to be done next week, but it’s something that the mayor’s office and the council is focused on trying to make sure happens,” he said.

The city four years ago projected a $1.1 billion deficit for the 2014-15 fiscal year, but steps to cut services and reform pension costs helped eliminate that gap, Krekorian said.

The city is “on the road to begin restoring services and to begin having a stronger economy in Los Angeles,” he said.

But Krekorian and other council members stressed that more still needs to be done despite the city’s continued recovery from the 2008 economic crisis, which forced cuts in services and worker layoffs.

“We’re basically focusing on how to do more with less, and how to be more efficient. That’s the direction we’re trying to move in,” Wesson said.