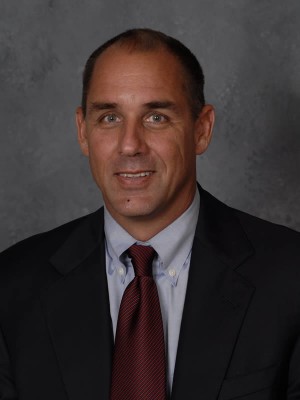 The hits just keep on coming for the Los Angles Clippers. Within one week of the NBA announcing steep sanctions against team owner Donald Sterling for racist comments attributed to him on an audio recording, the professional basketball league announced on May 6 that Clippers president Andy Roeser is taking an indefinite leave of absence.

“This will provide an opportunity for a new CEO to begin on a clean slate and for the team to stabilize under difficult circumstances,” Mike Bass, the league’s vice president of communications, stated.

Roeser joined the Clippers in 1984, when the franchise moved to Los Angeles from San Diego; this was his 30th season with the team.

Roeser’s indefinite leave is the latest headline for the Clippers within the past 10 days. On April 26, TMZ.com published an audio recording between a man and a female companion. In the recording, the man purported to be Sterling made several disparaging comments toward African Americans.

A second, lengthier recording was later published on Deadspin.com. When the recordings were made public, Roeser issued a statement requesting people give Sterling the benefit of the doubt and await the results of an NBA investigation before passing judgment on the Clippers owner.

Clippers head coach Doc Rivers told the press shortly after Roeser’s statement that his (Roeser’s) request to afford Sterling the benefit of the doubt may have rubbed people the wrong way. In light of Sterling’s comments on the published recording, the NBA conducted an investigation and confirmed the voice on the published recordings was that of Sterling. With its findings, the NBA banned the Clippers owner for life from both the Clippers and the league.

After Sterling’s lifetime ban, the NBA’s 10-member advisory and finance committee, which is made up of franchise owners, convened and decided to move forward with Silver’s recommendation to force a sale of the Clippers to a new ownership group.

In accordance with its by-laws, the NBA’s Board of Governors can force a team owner to sell his franchise for just cause if three-fourths of the league’s owners vote in favor of a forced sale.

There are 30 franchises in the NBA, though 29 are expected to vote on whether to force Sterling to sell the Clippers. If only 29 owners vote, 22 of them would have to support a forced sale.

However, if the Clippers are enfranchised and all a representative from all 30 teams vote, 23 members of the voting bloc would have to support a forced sale.

It has been widely reported that Sterling would legally challenge a force sale, meaning the process could end up taking months or even years to resolve.

Roeser was appointed as Clippers president on Oct. 1, 2007, according to his profile on the Cal State Long Beach’s Sport Management website. He served as an advisory board member of the university’s graduate program in Sport Management.

On the court, the Clippers have since won three of five games since TMZ.com published the recording, including a series-clinching victory against the Golden State Warriors in the first round of the playoffs on May 3 and a win over the higher-ranked Thunder in Oklahoma City on May 5 in the opening game of the Western Conference semifinals.

The Clippers return to action May 7 in Game 2 of the seven-game second round series in Oklahoma City; the series shifts to Staples Center on May 9 for Game 3.