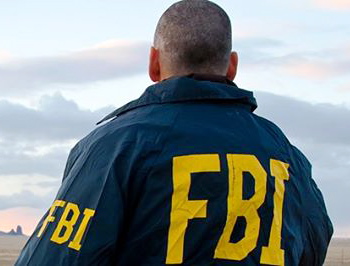 A terror suspect who allegedly plotted an attack on the Los Angeles subway system last New Year’s Eve was arrested March 17 in Washington state, just shy of the Canadian border.

According to the U.S. Dept. of Justice (DOJ) and the FBI, 20-year-old Nicholas Teausant was arrested in Blaine, Wash. U.S. Attorney Benjamin B. Wagner stated Teausant was later charged with one count of attempting to provide material support to a foreign terrorist organization.

A 23-page federal criminal complaint filed in a U.S. District Court – Eastern District – in San Joaquin County on March 17 alleged Teausant travel plans continued into Canada and ultimately to Syria, where prosecutors and investigators believe he intended to join the Islamic State of Iraq and Syria (ISIS).

ISIS, according to the DOJ, is “a foreign terrorist organization more widely known as al-Qaida in Iraq.”

“Beginning on October 3, 2013, and continuing to the present, there is probable cause to believe Teausant, a United States citizen, has explored ways of supporting violent extremist activities and providing material support to various terrorist organizations, culminating in his attempt to join a foreign terrorist organization,” the prosecutors asserted.

The allegations against Teausant stem from “direct and electronic contacts … made by a confidential human source working with the FBI,” according to the complaint.

For example, in October 2013, the complaint alleged Teausant told the confidential human source (CHS) his goal was to instill “maximum fear” and deliver “a maximum blow to the U.S. government so he could watch it tumble and fall in the wake of a civil war.”

About five weeks later, prosecutors claimed Teausant asked the CHS how he could buy “compact” fireworks capable of making “the biggest boom” from Chinatown. In a text moments later, Teausant allegedly warned the CHS to not travel to Los Angeles anytime soon.

The text messages were followed up with a phone conversation later that same day, with prosecutors alleging Teausant gave the CHS a little more detail about a possible subway attack by the end of December.

“Teausant advised that he had been on a camping trip with seven people over the weekend after Thanksgiving, who discussed ‘hitting’ Los Angeles on New Year’s Eve or New Year’s Day, specifically targeting the subway in Los Angeles,” the complaint stated.

When Teausant met Jan. 4 with the CHS in Stockton, Calif., the FBI source allegedly asked the accused terror suspect about the potential subway strike.

“Teausant advised that ‘they’ had been ‘tipped off’ and the plan to bomb the subway was therefore off. Teausant advised that it had been ‘all set up,’ and then ‘they called it off,’” the complaint charged. “Teausant further advised that he had heard about someone being identified and arrested by the FBI through contact on Facebook, and he had met his contacts regarding the subway plan on Facebook and so ‘all these red flags are like popping in my head,’ so he had terminated contact with those individuals.”

The federal complaint made several other allegations of Teausant’s purported terror activities and plans to join a “re-branded” al-Qaeda.

Teausant, if convicted, could face a maximum statutory penalty of 15 years in prison and a $250,000 fine.

According to the complaint, Teausant lived just outside of Lodi, Calif., and attended San Joaquin Delta Community College in Stockton, Calif. He was also a member of the National Guard but failed to meet the minimum qualifications to continue service.

Blaine, Wash., is a border city minutes away from Vancouver, Canada, and is the northwestern-most city in the Continental United States.