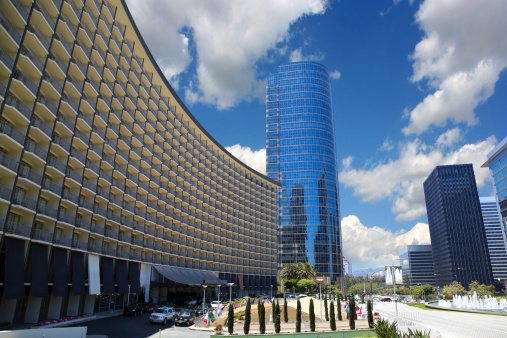 Depending upon who you ask, if Los Angeles passes its proposed minimum wage mandate, a handful of employees at the two major hotels here in Century City may either have more money to pump into the economy or standing in the unemployment line looking for new work.

In mid February, Councilmen Mike Bonin, Nury Martinez, and Curren Price introduced a motion to raise the City’s minimum wage up to $15.37 per hour for hotel employees who work at lodging institutions with more than 100 rooms, almost double the State’s current baseline hourly pay of $8.

“Wages paid to hotel employees are economically restrictive and prevent many hospitality employees from having purchasing power at local businesses, which has a devastating toll on Los Angeles’ local economy. According to research done by the Economic Policy Institute, increasing wages for hotel workers could generate more than $70 million in economic activity for Los Angeles,” the motion stated.

According to the motion, which was heard by the City’s Economic Development Committee Feb. 25, the logic behind raising the hourly minimum wage to a “living wage” is two-fold: Los Angeles has a thriving tourism industry posting solid financial growth; and, a $15.37 per hour wage mandate for hotel employees would help keep them above the poverty line.

“The City of Los Angeles has made significant financial investments to create a climate that has allowed the hospitality industry to thrive,” the motion by Bonin, Martinez, and Price stated in their motion.

According to the motion, the hospitality industry in Los Angeles experienced three consecutive years of growth and boasts a hotel occupancy rate of 75.4 percent – higher than the national average of 62 percent. Also, the motion stated the revenue rate per room available at Los Angeles hotels is $100, a 12-year high.

“Since hotels receive definite benefits from City assets and investments, it is fair and reasonable that these hotels pay their employees a fair wage – especially when doing so would so greatly benefit the people of and the economy in Los Angeles,” the motion stated.

In a letter officially filed Feb. 24 with City Hall, Moskal wrote while the intent of the proposed wage increase seeks to “lift employees out of poverty,” establishing a citywide living wage of $15.37 per hour would actually create unemployment.

“In a free market, wage rates reflect the willingness of workers to work (supply) and the willingness of employers to hire them (demand). The law of demand says that at a higher price, less is demanded,” Moskal, whose group operates Canoga Park Bowl and Best Western Motor Inn in the San Fernando Valley, wrote in her letter to the council.

“Because a legislated increase in the price of labor does not increase workers’ productivity, some workers will lose their jobs,” she added.

Also challenging the proposed wage increase was Carol Schatz, the president and CEO of Central City Assoc. In her Feb. 25 letter to Councilman Curren Price, Schatz stated the costs of a $15.37 per hour minimum wage outweigh its intended benefits.

“We believe that the negative impacts to Downtown, to the hotel industry, to the city’s economy and tax base and to the city’s ability to compete for tourist dollars and for new businesses will greatly outweigh the gains that will be seen by a small number of hotel employees who do not already make $15 per hour,” Schatz wrote.

Schatz stated she hopes the city council would closely analyze the economic impacts of a living wage mandate prior to a vote.

“Merely saying that raising wages creates more spending by employees is only half the equation,” Schatz added. “Unfortunately, it is a zero-sum game. The economist must look at where that increased payroll money comes from, what is not spent as a result and how that reduced income elsewhere affects the industry and the economy.”

A city-mandated living wage has been in effect at LAX since 2009.

“The living wage for airport employees has resulted in higher pay and real benefits for low-income families, and the hotels around LAX have continued to thrive,” the motion pointed out.

At its Feb. 25 meeting, the Economic Development Committee tabled for 45 days its consideration of the living wage mandate in order to allow for additional public input and the City’s Chief Legislative Analyst (CLA) to conduct a study of the economic impacts of a $15.37 per hour baseline pay rate.

Bonin, Martinez, and Price also moved the City Attorney’s Office to draft an ordinance requiring hotel workers at hotels with 100 or more rooms be paid as “living wage” should the CLA study and public input support the wage increase mandate.

In Century City, the InterContinental Los Angeles and Hyatt Regency Century Plaza would be directly impacted by the wage increase mandate, if ultimately approved.