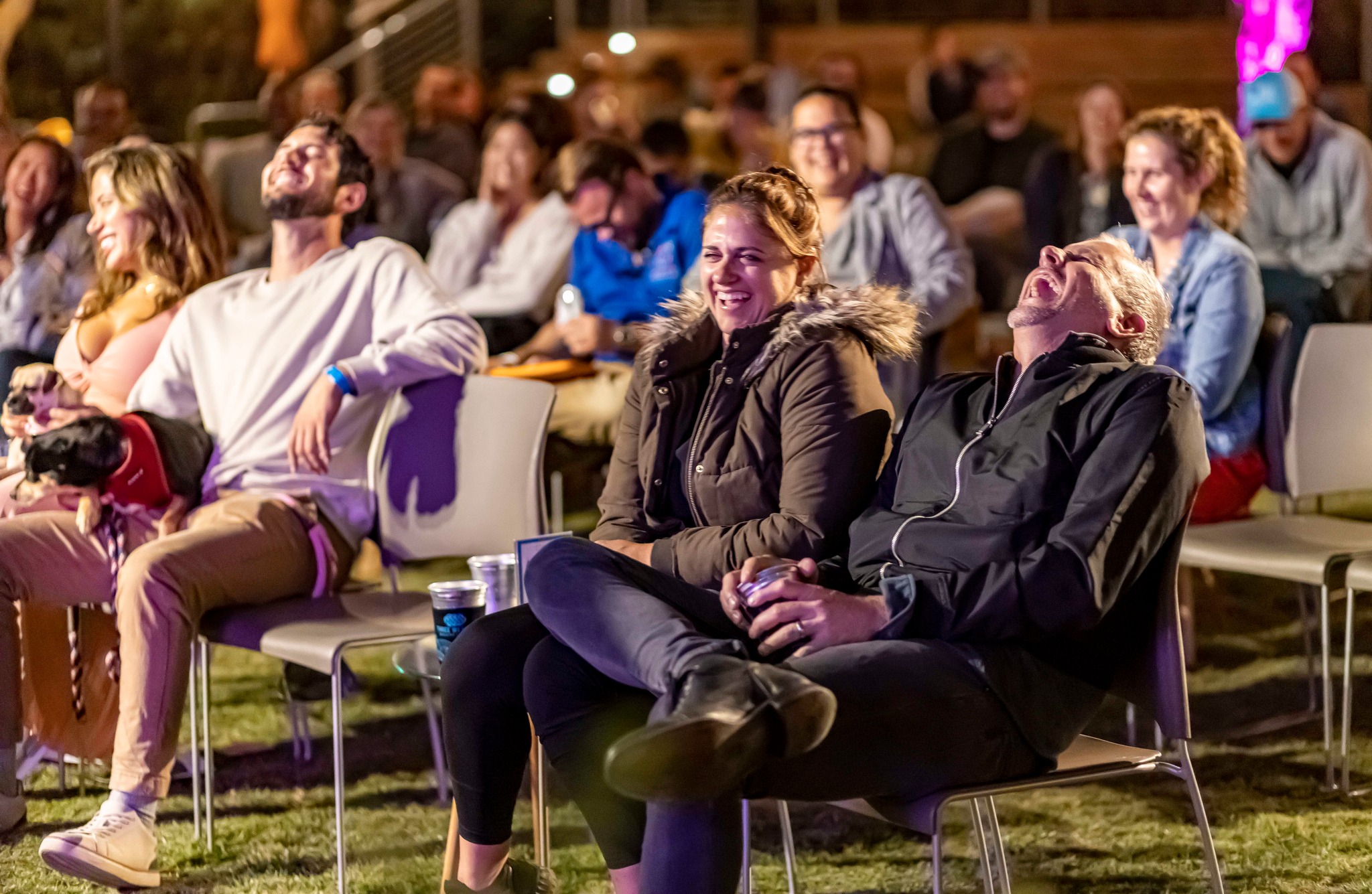 Stand Up for Pups: Holiday Edition will take place Friday at the PetSpace, at 12005 Bluff Creek Road. Doors open at 6:30 p.m. for the event, hosted by Can’t Even Comedy and Wallis Annenberg PetSpace. A DJ set and featured adoptable animals will take place from 7 to 8 p.m. followed by the comedy which begins at 8 p.m.

Can’t Even Comedy is an L.A.-based stand-up comedy company founded by husband and wife team Maxwell and Caitlin Benson. They have been lauded by the Los Angeles Times and featured in their roundup of “The 60 Best Places to See Stand-Up Comedy in L.A.” The group currently entertains audiences at biweekly events on the rooftop of Mama Shelter Hotel in Hollywood, where they host dog adoption events with PetSpace on the first Tuesday of each month.

“There are few events (if any) in Los Angeles that can offer comedy, dining, drinks, music, and dogs,” the company says on its website.

The recommended audience for Friday’s show is 18+. Tickets are $20 for general admission and $25 for table seating. All tickets include two drinks. A portion of ticket sales will go towards the PetSpace Extraordinary Care Fund, which supports PetSpace’s work with the most vulnerable animals in the shelter system: those who face significant medical needs that serve as barriers to adoption.

For more information and to purchase tickets visit https://www.eventbrite.com/e/stand-up-for-pups-comedy-show-annenberg-petspace-holiday-edition-tickets-461987064747