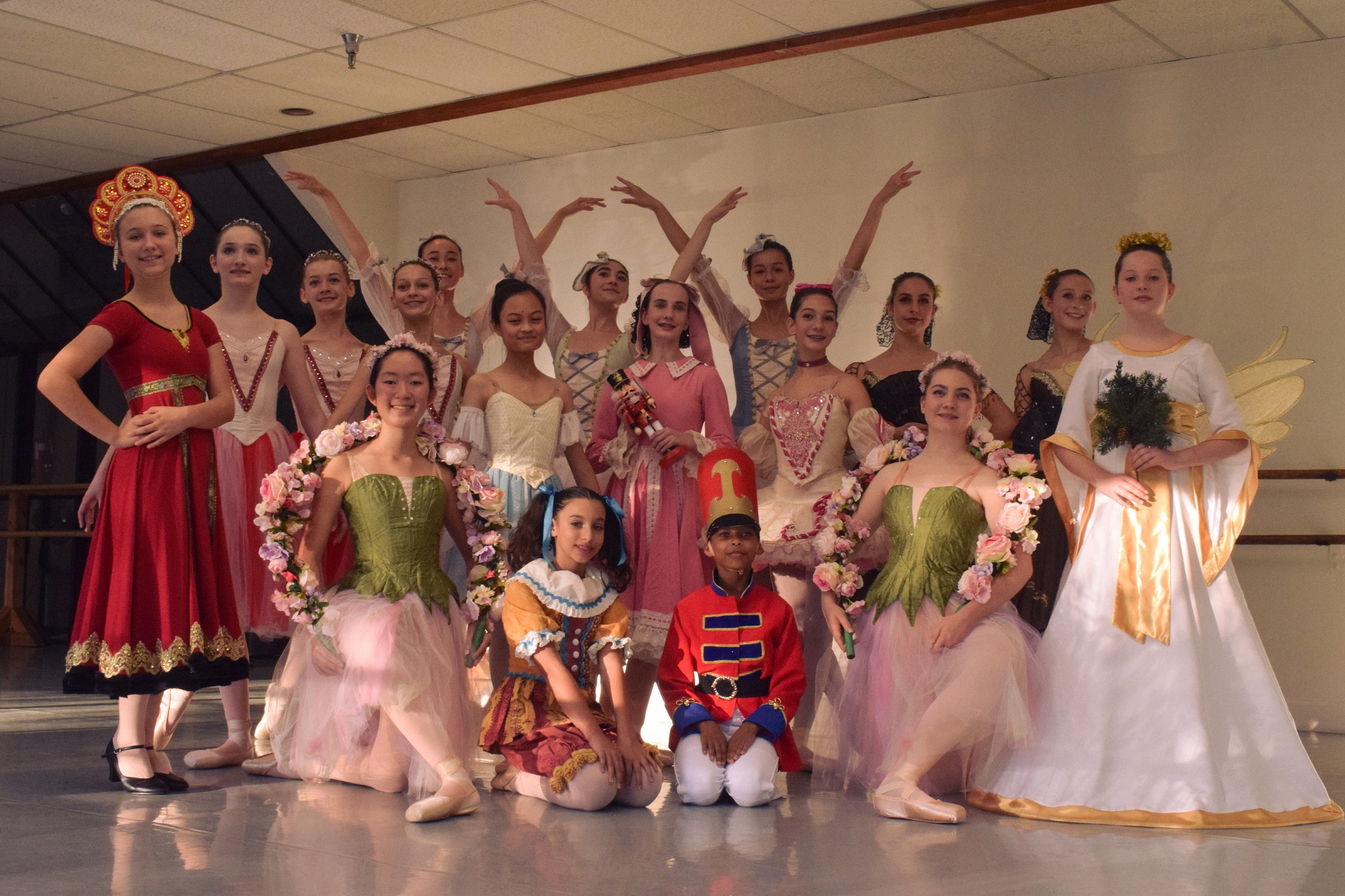 The Westside Ballet’s “The Nutcracker” is back this winter season, continuing its reign as the longest running production of the performance in southern California. The holiday classic is now running at The Eli and Edythe Broad Stage at the Santa Monica College Performing Arts Center. The production opened Thanksgiving Weekend and runs through Sunday, Dec. 4.

A large ensemble of West LA, Century City, Westwood and Mar Vista residents and students are sharing the stage in the Westside production which features 85 dancers, 225 costumes, and four lavishly designed scenes that have been updated over the years with new backdrops and accouterments, but retain the most beloved traditional characters and iconic moments, including a growing tree, a firing cannon, and falling snow over a stunning corps de ballet.

Ilyssa Freedland (13) stars in this year’s “Nutcracker” performing the coveted role of Clara. Ilyssa has been dancing for the past ten years, and although well versed in several genres of dance, her ballet has been recognized by various schools and competitions, including the Royal Academy of Dance. For Ilyssa, dance and ballet is more than the costumes and music. “Dance for me is about passion and routine. In and outside the studio, my passion and routine for dance help me form discipline and confidence, which help me maintain a healthy mind and body,” she said.

Twin sisters, Isabel and Francisca Bugacov, sophomores at New West Charter High School, are featured soloists in the production as Center Spanish, in addition to Center Mirliton and Demi Flower.  They both also perform as a Side Mirliton. Isabel’s and Francisca’s musicality can be seen in more than just dancing. They can often be found playing music on either their violins or pianos, which has taken them to play venues such as the Disney Concert Hall.  Francisca shares: “For me, ballet does not come naturally, but it’s what I love to do. Discipline and determination are what motivate me to keep striving for a better arabesque line, more pirouettes, or just a better quality all together.”

A senior at The Archer School, Ava Cherniss, is performing the Lead Angel solo, as a Side Mirliton, and in the two most difficult corps de ballet roles, the mesmerizing Waltz of the Snowflakes and Waltz of the Flowers—as both a Snowflake and Flower, respectively. Prior to joining Westside Ballet, Ava danced with another studio after seeing a performance when she was young, and was “…mesmerized by the dancing and inspired to be one of the kids on stage.”

Sofia Strauser, a freshman at Harvard-Westlake School, is joining Westside’s “The Nutcracker” for the third time. This year she will be a featured soloist as the Center Candycane, as well as a swirling Snowflake, Flower and Side Mirliton. For Sofia, one of the most satisfying aspects of ballet is knowing there is always room to grow in the sport. She notes that, “The best part of getting the opportunity to be in The Nutcracker every single year is getting to see your improvement as a dancer.”

Isabelle Choy (14), a featured soloist as the mechanical Doll. She can also be seen performing as a Peppermint and a Flower. One of Isabelle’s favorite parts of participating in “The Nutcracker” is the sense of community the production fosters. “I always look forward to when the Nutcracker season rolls around [because of the] amount of joy that the production brings to the people and kids who come to watch the show as well as the dancers,” she notes. “Being able to inspire other young dancers to pursue this incredible art form is something that drives me to keep improving and working hard every class and rehearsal, and it is so incredibly rewarding to see the amount of happiness and awe that is on these young ballerinas’ faces as they watch you dance on the stage.” This year is Isabelle’s fourth year dancing in Westside Ballet’s holiday classic.

Gabriella Calderon, a freshman at Santa Monica High School, is another featured soloist, sharing the role of Doll, as well as in the roles of Snowflake and Flower.

Other West LA residents and students are taking part in this year’s production. Bella Shriver, a freshman at New Roads School, will be both a Snowflake and Flower.  Ezra Galambos, a sophomore at Venice High School, also dances as a Snowflake and Flower, and is standing by as the ever-entertaining Victorian Maid’s understudy. Teralani Galvan, a sophomore at Santa Monica High School, will also be waltzing across the stage as a Flower. Both Zoe White (13) and Zola Maksimovic (13) perform as bright Peppermint Candies. Delilah Ahmadi (12) is both a mischievous Party Boy and Polichinelle. Evelyn Chung (11) performs as a graceful Party Girl and Crystal Bell. Sienna Nikolov (12) is a Party Boy and dances as a Side Russian in the audience favorite. Bridget Cooney (11) performs the roles of a sneaky Mouse and ethereal Angel.

The dancers at Westside Ballet will be joined by professional dancers Maté Szentes, Jack Virga Hall and Evan Swenson. Szentes will be performing the principal role of the Sugar Plum Fairy’s Cavalier. Swenson, a resident guest artist of Westside Ballet for ten years, will be reprising the principal role of the Snow Queen’s Cavalier, as well as dancing the Arabian pas de deux. Hall will also be dancing the Arabian pas de deux, alternating with Swenson.

Community Outreach Preview Performance
Westside Ballet will open its doors on Friday, Dec. 2 for a performance to local Veterans and members of many charities and organizations such as: PAL (Santa Monica Police Activities League), Taking the Reins, Neighborhood Youth Association, Allies for Every Child, Vet Tix, Venice Family Clinic, Everybody Dance!, A Place called Home, Community Corp of Santa Monica, Virginia Avenue Park, and Boys and Girls Clubs of Santa Monica and Hollywood.