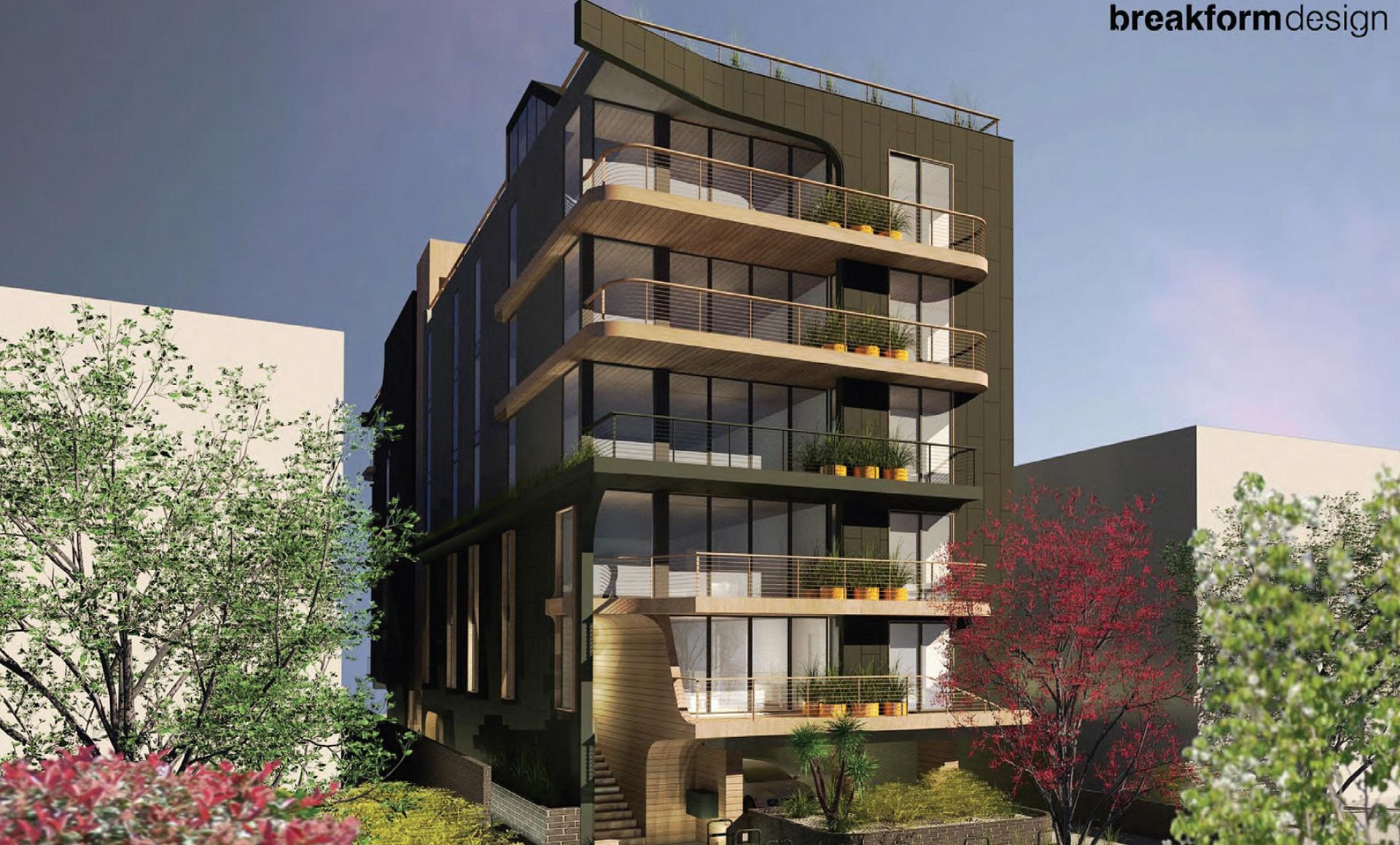 The Los Angeles City Planning Commission has approved two development proposals in Mar Vista and Westwood. These two infill proposals are dubbed “The Hive” at 535-539 Glenrock Avenue, close to the UCLA campus and another at 12735-12737 Mitchell Avenue in Mar Vista as reported by Urbanize Los Angeles.

The Hive will be a six-story building that contains 18 units with an underground parking area that will hold ten vehicles. Three of the structure’s units will be reserved for very low-income level affordable housing as per the agreements the developer M&A Partners made with the city for density bonus incentives that will allow a larger building than normal zoning would allow. LOHA is the designer of the complex, which has step-backs that will twist as the building rises, according to Urbanize Los Angeles, and make space for terrace decks. The building would be crowned by the popular amenity of the moment: a rooftop deck. The units will be a mixture of four and five-bedroom units.

The second, unnamed building in Mar Vista is a project from 12737 Mitchell Investment, LLC that is a similar six-story building. 12737 Mitchell Investment, LLC has been linked to MDM Builders. This developer also petitioned the city for density bonus incentives for which they will exchange three units that will be reserved for very low and low-income tenants as part of the agreement that will allow for a six-story building despite the area’s zoning restrictions. Breakform Design is the designer of record, as reported by Urbanize Los Angeles, who stated that the renderings show that this project will be a podium-style building of contemporary design with exteriors of fiberglass panels and painted stucco.