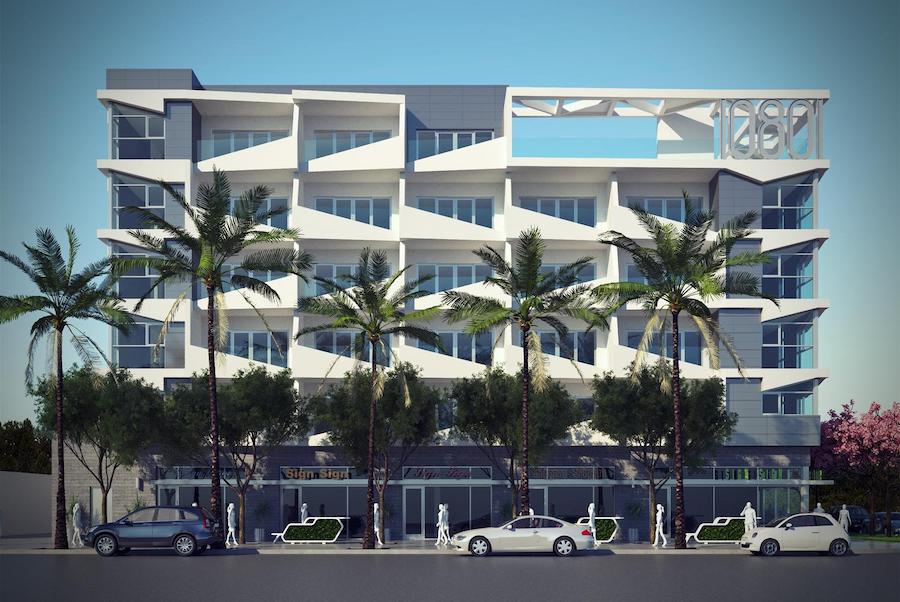 The excavation and shoring processes has begun for a mixed-use development underway at 10801 W. Venice Boulevard in the Palms neighborhood, as reported by Urbanize Los Angeles.

The new structure will be a mixed-use apartment complex that will be six stories tall and contain 85 apartment units over an unspecified amount of commercial space on the first floor and a two-level underground parking garage.

Developers of the project have applied for and planned the building to adhere to the Transit Oriented Communities (TOC) incentives. When developers apply for and are approved for these incentives, they are allowed to bypass local zoning ordinances to build much bigger structures than the area will normally allow but only if they set aside a specific number of the units in the building as affordable housing. According to Urbanize Los Angeles, the number of reserved units has not been revealed in the planning documents.

Reza Amin is the property owner of the site according to public records and Venice Adventures is the company through which he owns the site. The former plans for 10801 Venice were listed as being considerably smaller than the current plan. The complex is designed by Plus Architects, and according to Urbanize Los Angeles, the building’s design is to be a contemporary podium-style building with a rooftop deck and sloping and cantilevered balconies.