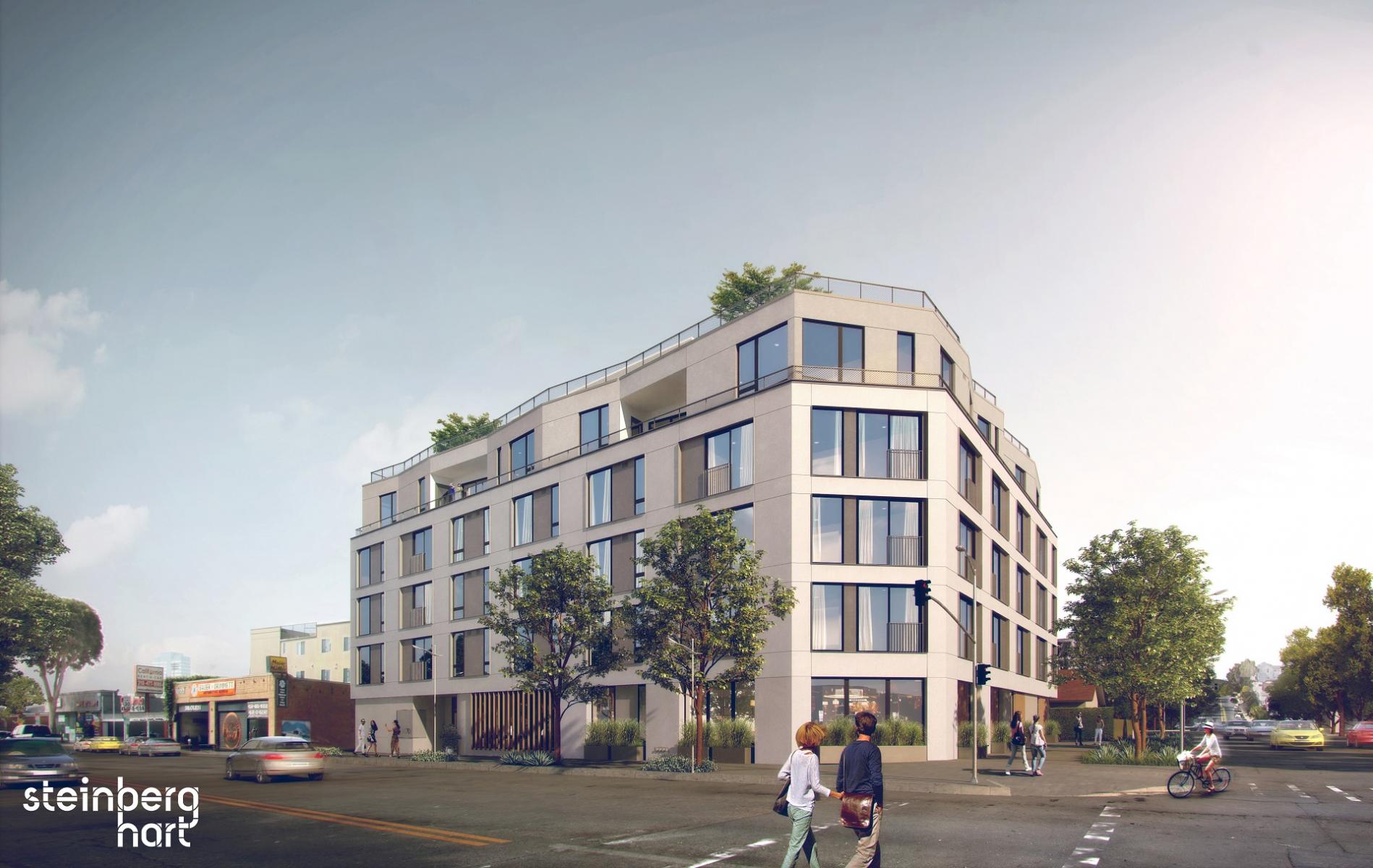 In Sawtelle, a project that has been in the works for ten months has finally revealed the wood framing of the structure from the concrete podium foundation as reported by Urbanize Los Angeles. Markwood Enterprises is the developer of this project located at 11701 W. Santa Monica Boulevard.

The development is planned as a five-story building that will hold 51 units divided between studio, one and two-bedroom apartments. Since the building is a mixed-use project, the apartments will sit above 939 square feet of commercial space on the ground floor that will be partly retail units and partly live/work units on the front side of Barrington Avenue as the structure will sit on the northwest corner of Santa Monica and Barrington.

The designer of record is Steinberg Hart and, according to Urbanize Los Angeles, the rendering is of the ever-popular podium style contemporary design with an O-shaped central footprint around a central courtyard. More open space will be available to residents and tenants on the roof level. The building will also have a two-level parking area below the new structure with 69 stacked parking spaces and the parking lot will be administered by an automated system that Park Plus will create.

Two levels of parking sit below the new building, with space for 69 vehicles to be provided in a stacked, automated system created by ParkPlus. The ground was broken on this project in October of 2021 and the estimated time of completion is 22 months.