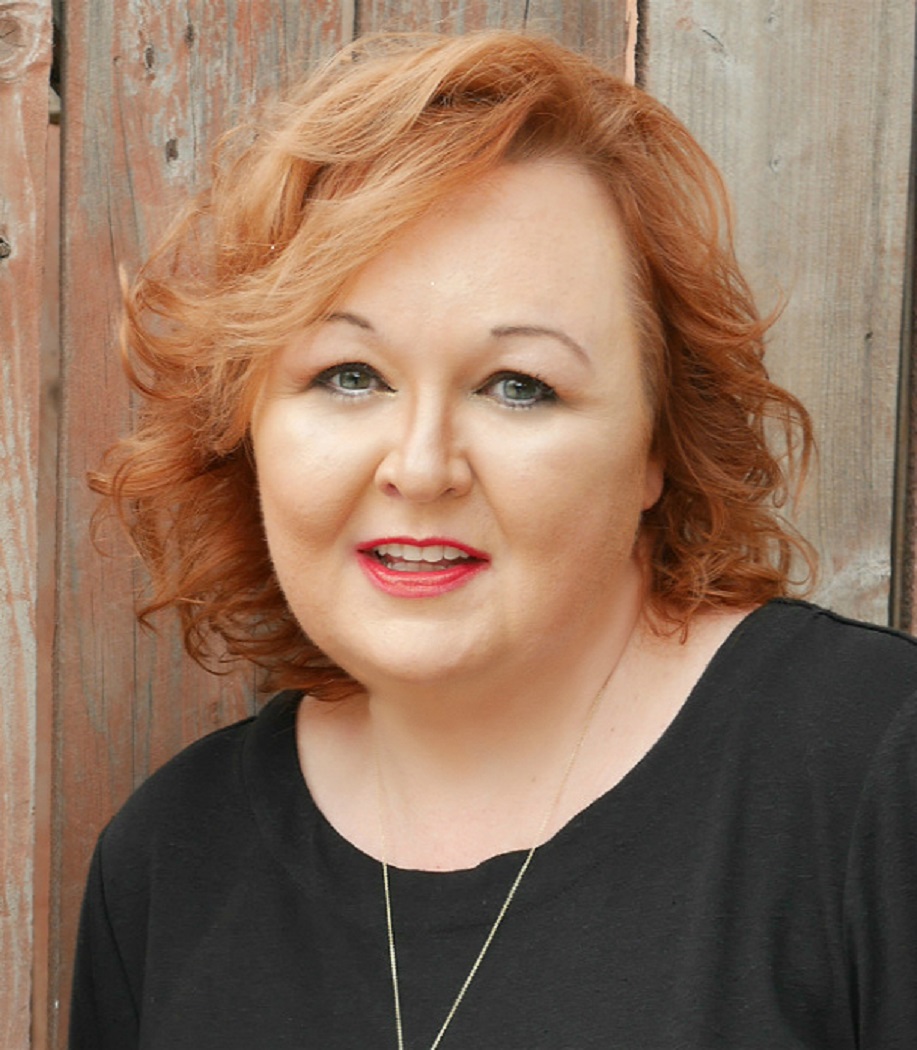 Political Consultant & Strategist Crystal M. Litz offers her insight and take on the LA Mayoral Campaign, the Race in District 3 for LA County Supervisor, LA Sheriff and the contest for LA City Council in CD-11!

As a campaign manager and general consultant, Crystal Litz has directed statewide ballot initiative campaigns, grassroots engagements and political races in more than 36 US states and in the UK, Mexico and Canada.

Crystal has managed advocacy efforts for a variety of clients including candidates, labor unions, non-profit organizations and documentary and independent films.

In Los Angeles, she has become known as an expert in judicial campaigns, which gives her a unique insight in having to run county-wide in races. She owns and manages LP Campaigns – a full service strategy and consulting firm.

A Kentucky native, Litz attended the University of Kentucky and graduate school at George Washington University.  She has lived in Los Angeles since 2011. Crystal is also a passionate WNBA fan and while a champion for women and women’s sports, she also travels regularly to see her beloved Dallas Cowboys and Kentucky Wildcats.

Known for being completely available for her clients except during basketball or football games, Litz always returns calls during half-time.

We spoke with Crystal last week to analyze and discuss what I am referring to as the “big four,” the race for LA Mayor, County Sheriff, County Supervisor (District 3), and the contest for LA City Council in CD-11 to succeed outgoing Councilman Mike Bonin in the open seat race between Venice lawyers Erin Darling and Traci Park.

Before the revelation that US Representative Karen Bass could be facing an ugly USC scholarship scandal much like Mark Ridley-Thomas and his son, all indications suggested Bass was starting to pull away and make a route of the race despite challenger Rick Caruso’s $45 million dollar spending spree that left him with just 35% of the vote in the June Primary. Caruso has since gone dark and one wonders if it took nearly $50 million in media spending to keep Bass from winning on the first ballot, is the yacht-owning billionaire and developer willing to self-fund again in the general?

Recent polling before the scholarship debacle had Bass up by as many as 12 points, but this front-page federal investigation of scholarships for elected officials like Karen Bass has certainly hurt her effort to extend her lead and has in fact reset the entire race for LA Mayor.

“This is far from decided,” offered consultant Litz.

“Crime and homelessness continue to be the top issues and neither of those issues have improved since the primary.”

Litz described candidate Caruso as the “quiet moderate,” and that much of his support is not indicated so on Social Media.

Describing the USC scandal as “having political legs,” Litz believes the runoff is not halftime, but the second game of a baseball double-header and that more moderates will vote in November which is an advantage for the Caruso campaign.

He needs to “retool” and look at his campaign. Litz believes Caruso has the ability to financially saturate the air waves “if he thinks he’s close.”

Despite his current standing in the polls, Litz believes the turnout will be “committed voters for change” and gives the advantage to Rick Caruso surprisingly so.

I see the race as a “toss-up” despite Bass having a lead in recent polling before the scholarship story was revealed by the Los Angeles Times.

In a race that represents old blood and new, West Hollywood Councilmember Lindsey Horvath and California Senator Robert Hertzberg is the definitive “change race,” and a changing of the guard of sorts between these generational opposites.

Horvath is the prodigy and the candidacy of the progressive left, while Hertzberg is the “nuts and bolts” policy wonk with decades of political experience who finished first in the June Primary.

A former assembly Speaker and candidate for LA Mayor (2005), Hertzberg has strong backing in the Valley portion of the district that Litz believes is a game changer.

“He’s much more experienced and the district boundaries favor him (Hertzberg).”  Litz believes Horvath has limited experience from a small municipality and community like West Hollywood.

“The board needs a moderating voice and Hertzberg is that choice,” offered Litz.

While LA Sheriff Alex Villanueva scored well in the neighborhood of Venice, his reelection candidacy has fallen out of favor with party leaders and operatives as being too conservative and independent for the political faithful.

Villanueva was the choice of Venice in the June Primary, but all of the losing candidates have rallied behind his runoff opponent Robert Luna, the former Long Beach Police Chief and party favorite of many Democrats.

Villanueva picked up strong support in this Venice neighborhood as he cleaned up many of the encampments at Oceanfront Walk while service providers and council incumbent Mike Bonin turned a blind eye to locals who believed enough was enough.

Litz believes the attempt by the LA County Board of Supervisors to meddle in the race with a ballot initiative that could authorize four of the five Supervisors to remove a sitting Sheriff for any reason they choose as wrong-headed and politically inspired.  Many political observers believe the ballot initiative has little support, and Villanueva’s opponent has questioned the logic of the referendum as well. Luna’s comments came on a recent ZOOM call and most see the action as horribly partisan and political.

“I expect a tight race, but still give the advantage to the incumbent. The Sheriff did a pretty good job finishing first in a very crowded field winning precincts throughout the county – from the high desert to many densely populated neighborhoods in East Los Angeles and won big in the Valley areas bordering downtown like Pico-Union and Boyle Heights, noted Litz”

“You have a longtime former Republican (Luna) who is trying to coalesce Democrats and I’m not sure there’s been enough time to make that case.”

Venice will have a resident on the LA City Council come January, the question is will it be a Democratic progressive in local Erin Darling or a right-of-center, law and order populist in fellow attorney Traci Park?

Erin Darling, the Venice local who played Little League here as a child and surfs the beaches of Venice is a former member of the Venice Neighborhood Council is married with a three-year old son. Endorsed by the Los Angeles Times, LA County Democratic Party, Councilmember Mike Bonin, LA County Supervisor Sheila Kuehl, and Assemblymember Tina McKinnor, Darling has secured the endorsement of nine Democratic Clubs like the LA County Young Democrats.

Running since June of 2021, Traci Park is an employment attorney who has secured the support of numerous collective bargaining units of the law enforcement community like the LA Police Protective League as well as the powerful California Apartment Owner’s lobby out of Sacramento. The former Republican turned Democrat moved from Venice in January of 2021 only to move back to Venice in late April of the same year according to her voter profile secured from the LA County Recorder’s Office.

Park became a candidate for council in July of 2021.

Darling has described Park as the “most conservative” of candidates on the ballot here in Los Angeles.

Park outspent Darling nearly 10-1 in the June Primary that yielded her a second-place finish against the Venice liberal.

Darling was the last major candidate to join the contest and recently secured the endorsement of actress/activist Jane Fonda and her climate change PAC.

Park has secured several significant endorsements from labor including electrical workers, plumbers and pipe-fitters while Darling has received much of his union support from public employee unions represented by city and county government like the SEIU.

Park has also received endorsements from State Treasurer Fiona Ma, former LA Mayor Antonio Villaraigosa and outgoing LA City Controller Ron Galperin. Park was also the choice of the leadership of the 2021 Recall Bonin effort which gathered some 95% of the required signatures for the recall. While the petition drive fell short, most observers believe the volume of signatures secured drove the two-term incumbent from the race for a third-term.

“I give the edge to Darling, who has managed to pull off quite the hat trick – being a Bonin endorsed candidate while managing to appear somewhat independent of him. I like Traci Park and think she’d be really great on City Council, but I don’t know if she was able to build a big enough coalition to pull off the win,” noted Litz.

Others believe the homeless and encampment issue that has driven Bonin from the race has in some venues like Venice decreased as witnessed by the data released by LAHSA claiming homeless counts are down 50% in Venice and 39% in CD-11.

Others say that tenants will play a critical role in who will win the fall race as 65% of all occupied homes in Venice are renters.

Nick Antonicello is a longtime Venetian covering the political scene and how it impacts the neighborhood of Venice. A member of the Oceanfront and Outreach Committee’s of the Venice Neighborhood Council, Antonicello has filed more stories on the race to succeed Mike Bonin than any other media outlet. Have a take, tip or opinion on the race? Contact Antonicello via e-mail at nantoni@mindspring.com