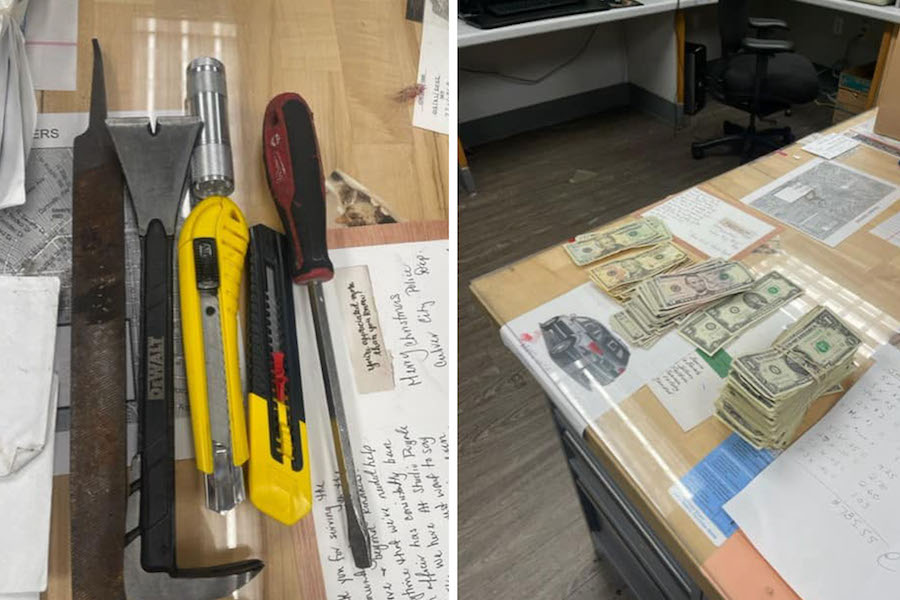 After conducting a routine traffic stop, Culver City police this week arrested a man who had in his possession around 20 credit and debit cards in other people’s names, employee paychecks from a Culver City business and other likely stolen items.

According to the Culver City Police Department (CCPD), on Tuesday around 3:20 a.m. a CCPD officer conducted a traffic stop for a hazardous moving violation.

“The driver was unlicensed and on probation for burglary. The officer’s investigation revealed that the driver had several burglary tools and approximately twenty debit/credit cards all in other names as well as several pieces of mail in other names,” the CCPD said.

In addition, according to the CCPD,  the officer located employee paychecks from a local downtown Culver City business, three tablets, as well as a Bank of America deposit bag with cash and coins.

“The driver did not have any explanation for possessing any of the items located,” the CCPD said.

The driver was arrested and booked at CCPD without incident.