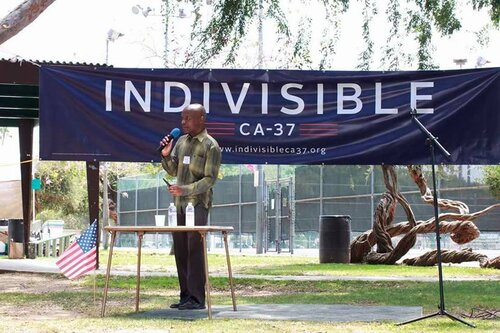 A Culver City Councilman is running for the state Senate in an upcoming special election.

Culver City Councilman and Vice Mayor Daniel Lee has announced that he is running for California State Senate in a March 2 special election. The contest is to fill the District 30 seat left vacant by recently-elected Los Angeles County Supervisor Holly Mitchell. Senate District 30 includes Culver City, Ladera Heights and Westmont along with the Crenshaw, Downtown and Florence neighborhoods of Los Angeles.

Lee listed the following priorities he would address if elected:

“I have done more for working families and renters in 3 years as a Culver City Council Member than many politicians have in their entire careers. I don’t only support rent control and eviction prevention, I got it done in my community,” Lee said in a recent Facebook post. “At the State Senate, I will work for all of us.”

Lee became the first African-American Member of the Culver City Council in its over 100 year history in 2018. A veteran of the US Air Force and California Air National Guard, he currently works as Project Director at the James Lawson Institute. Daniel has a Master’s Degree in Social Welfare from UCLA and is a doctoral candidate at USC. He currently serves on the Board of Directors for Move to Amend, the Backbone Campaign, Mockingbird Incubator and the Clean Power Alliance.

The filing period concludes on January 7. Other candidates include Assemblywoman Sydney Kamlager and Ernesto Alexander Huerta of the Peace and Freedom Party.

If no candidate receives a majority, a runoff between the top two finishers will be held on May 4.