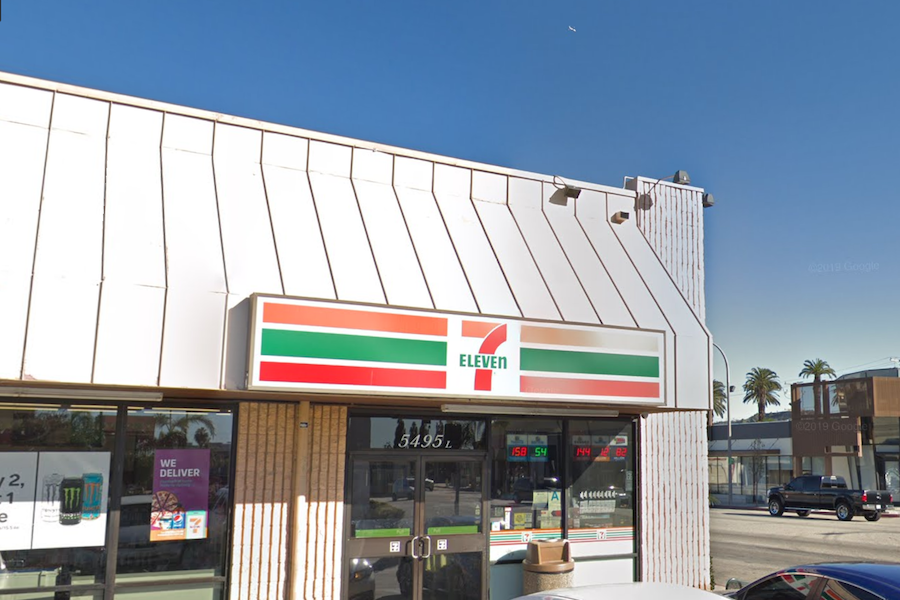 A man made off with cash after robbing a Culver City 7-Eleven at gunpoint this week.

According to the Culver City Police Department (CCPD), on November 17 at around 8:25 p.m. officers received a radio call of an armed robbery that just occurred at 7-Elvevent, located at 5495 Sepulveda Boulevard.

Police say CCPD officers arrived on the scene within one minute, however, the suspect had fled the area and was not located.

“Once on scene, the officer learned that the suspect entered the store and approached the cashier acting as if he were purchasing a piece of gum. When the cashier opened the register, the suspect produced a black semi-automatic handgun, pointed it at the cashier and said, ‘Give me all your money.’ In fear for his life, the cashier gave the suspect money from two different cash registers,” CCPD says.

The suspect then exited the store with between $50 to $200 in U.S. Currency and ran northbound on Sepulveda Boulevard and out of sight, according to police.

Anyone with an information is asked to please contact the Detective Bureau at 310-253-6300.