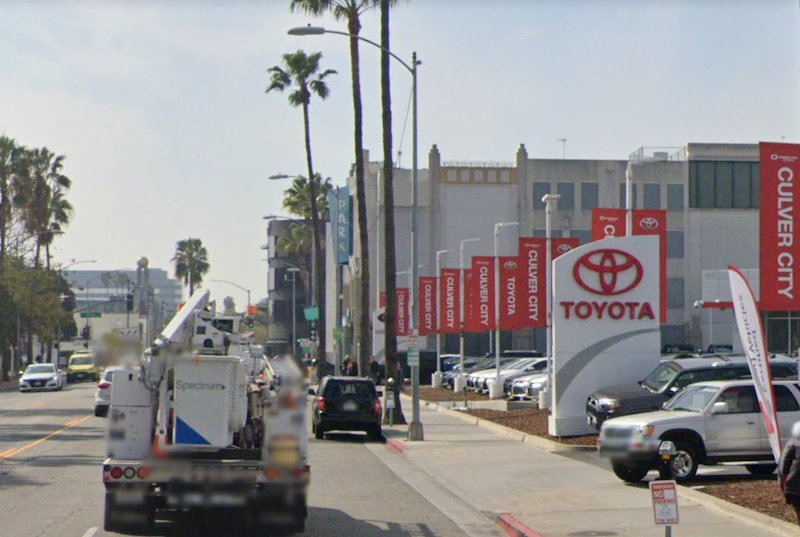 According to the Culver City Police Department (CCPD), on August 27 at 7:10 p.m., officers received a radio call of a carjacking that occurred at Culver City Toyota, located at 9077 Washington Boulevard. At approximately 7:00 p.m., three suspects carjacked the victim and fled the location in an unknown direction, police say.

“The vehicle was later found abandoned in the city of Los Angeles. CCPD Detectives conducted follow-up investigation and identified three juvenile suspects who were responsible for the carjacking,” the Department said in a news release.

On September 9, all three suspects were located and arrested for carjacking, according to police.

The case will be presented to the Los Angeles District Attorney’s Office for criminal filing consideration.

This the second recent instance of juveniles being involved in a Culver City carjacking. On August 29 CCPD officers arrested two juveniles for an attempted armed carjacking in the parking lot of Pier One Imports, at 11140 Jefferson Boulevard. According to police, as the victim was loading items into his car, two juvenile suspects approached him on foot. One of the suspects produced a handgun and pointed it to the victim’s head while demanding his vehicle. After telling the suspects he did not have the keys, the suspects demanded his credit card, which the victim handed up.

The two suspects were arrested after using the victim’s credit card at Macy’s in Culver City.