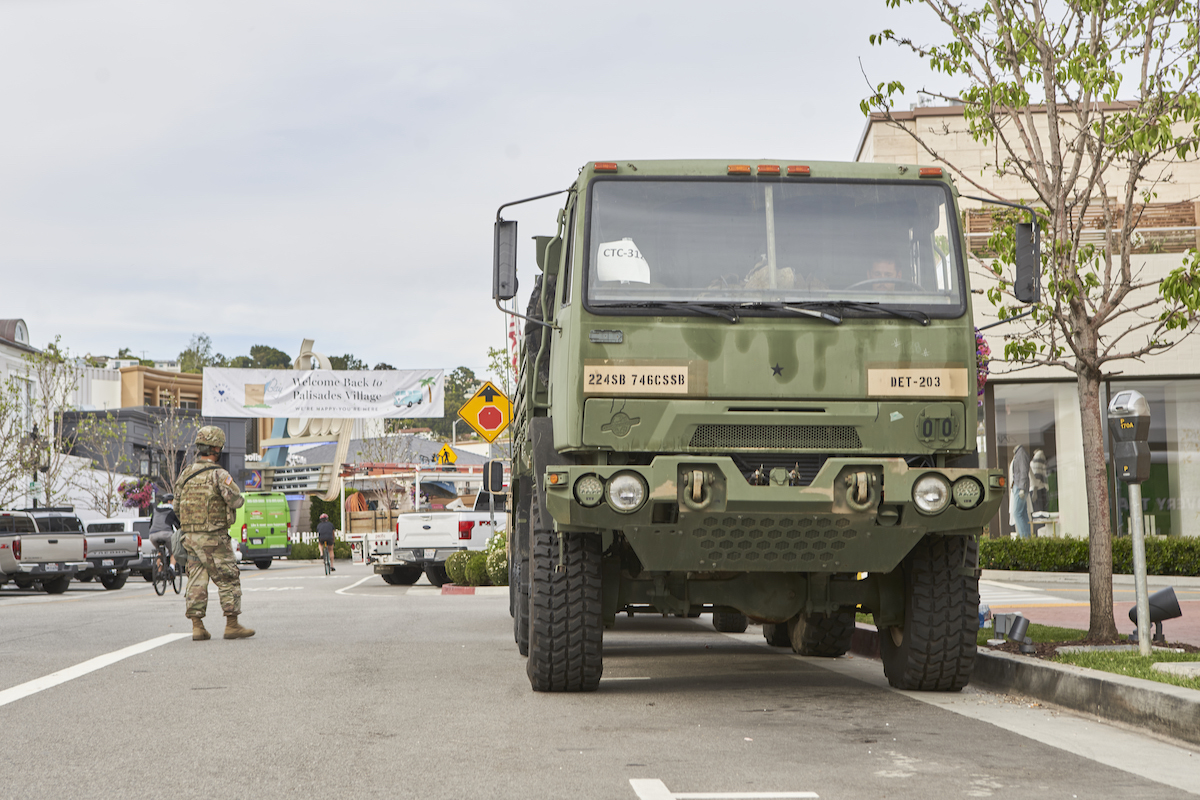 As peaceful protests and civil unrest continue following the police killing of George Floyd, Westside police say to be on the alert for organized criminal groups taking advantage of a large protest in Hollywood to loot other neighborhoods.

“Please note that due to a large protest in Hollywood today, some organized criminal groups may take advantage of other neighborhoods and choose to loot or cause other destruction,” said Los Angeles Police Department West Division Captain Tom. “Be observant of groups of vehicles that seem to be working in coordination – as few as 5 cars up to 30 or more – wherein occupants of the vehicles appear to be canvassing a location for security, open windows and otherwise not behaving as a normal customer.”

The LAPD says that if people see or suspect this type of organized, group behavior at any point to attempt to – safely – take photos of the vehicles, write down license plate numbers and report them directly to Captain Tom at [email protected]

“In terms of rumors or social media posts: please only send the LAPD information that is actionable, such as the original media post or statements from individuals where there is a name or address to track down,” Tom said.

According to the LAPD, if something on a social media post that has been reported, track down the original post and send to Captain Tom.

A curfew will be in place for LA County from 6 p.m. Wednesday until 6 a.m. Thursday. Los Angeles, Culver City and Santa Monica have issued curfews of their own during these same hours.

Local news and culture in under 5 minutes. * A new way to say Thank You to healthcare workers. *...

“It’s really devastating. We Veterans serve in this country and this is what we get,” says a U.S. Army Veteran...

By Staff Writer A fatal traffic collision occurred in Culver City Tuesday morning in which police believe that alcohol may...

The City of Santa Monica has authorized fines of up to $1,000 for failing to wear a mask. Learn more...

Fireworks continue in LA County despite ban By Sam Catanzaro Air quality throughout most of Los Angeles County ranged from...

Earlier this week Los Angeles County’s public health director said that almost half of restaurants and bars were not following...

Man aims gun at two women, lead police on chase that ends in crash By Staff Writer Police continue a...

What is the deal with the row of tents outside the West Los Angeles Veterans Affairs campus? Learn more in...

One in every 140 people in the county has the virus and is infectious, say LA County health officials By...