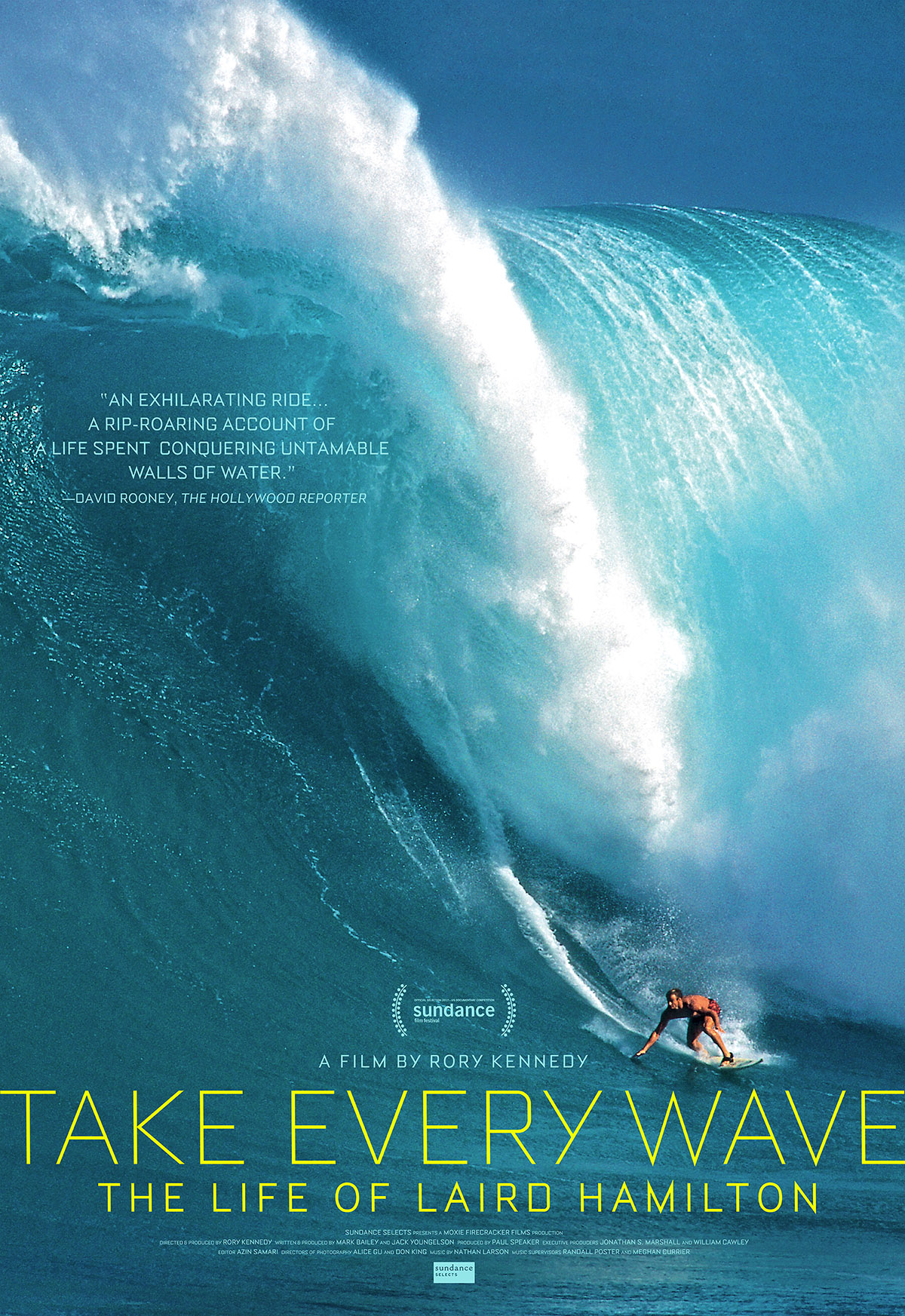 The 2018 Malibu Library Speaker Series starts off with a special screening of “Take Every Wave: The Life of Laird Hamilton,” a film by the award-winning documentarian and Malibu resident Rory Kennedy, on Wednesday, January 31, 7:00 PM at Malibu City Hall’s Civic Theater.

“The film is an intimate discovery of a life that shaped the ultimate waterman and innovator,” said Mayor Skylar Peak. “Laird is an inspiration to millions around the world and continues to push his limits every day. I’m proud to call him my friend and neighbor.”

In “Take Every Wave,” director Rory Kennedy and writer Mark Bailey track the remarkable life and legendary career of big wave surfer and Malibu local Laird Hamilton. Much admired by the public, though often disdained or ignored by the surf industry itself, Laird is a unique sports icon: an athlete who has refused to compete professionally yet has dominated big wave surfing as no other figure in history has ever done.

Laird Hamilton’s biographical story is told against the backdrop of a winter surf season on Kauai, where El Niño storm systems threaten to bring the biggest surf in decades. Mixing never-before-seen archival footage with contemporary scenes shot in Southern California, Bermuda and Kauai, “Take Every Wave” weaves the past and present into an intimate and compelling portrait of a superstar athlete at the top of his game. Threaded throughout is a revealing, deeply personal interview with Hamilton as well conversations with the family members, friends, collaborators and detractors who know him best.

Rory Kennedy is one of America’s most prolific documentary filmmakers. An Academy Award nominated, Primetime Emmy-award winning director and producer, Kennedy has a body of work that deals with some of the world’s most pressing issues. She has made more than 30 highly acclaimed documentaries.

The screening will be followed by a Q&A with Rory Kennedy and Mark Bailey and a reception with refreshments.

This event will take place in the Civic Theater at Malibu City Hall, located at 23825 Stuart Ranch Road, Malibu. The event is free, but space is limited and RSVPs are required. For more information or to RSVP, visit www.MalibuCity.org/LibrarySpeakers or call the Malibu Library at 310-456-6438.