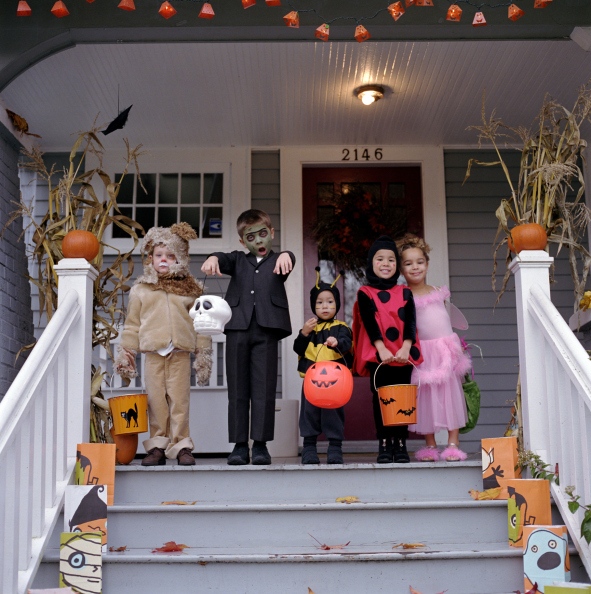 Benjamin Franklin once said “by failing to prepare, you are preparing to fail.” Let’s be real, he probably wasn’t talking about prepping for trick-or-treating, but that doesn’t make the sentiment any less applicable.

Instacart has been helping people do Halloween right by delivering candy and party essentials in as little as an hour since 2012, but this year they thought they would help up your trick-or-treating game too. How, you ask? They worked with their team of data scientists to identify which cities give out the best (and worst) candy to trick-or-treaters.

First, they had the tough task of identifying which candy fell in the “worst” column. The candy that makes you say “sure, mom, help yourself!” and goes uncontested in a heated candy trade negotiation. Then, they pinpointed the candy that trick-or-treaters across the nation hide and protect, ensuring personal consumption.

After extensive research from news sources who have reported on this topic and heavy internal debate, they settled on this list:

Once the daunting task of ranking Halloween candies was completed, Hundreds of thousands of Instacart orders across the nation were analyzed to identify which cities had a higher frequency of ordering the candies on Instacart’s “hit list” to pass out to trick-or-treaters on All Hallows’ Eve.

Behold the final list of the best (and worst) cities for trick-or-treating based on the types of candy they will be passing out to their costumed visitors this October 31st.

#1 Chicago, IL — Trick-or-treaters in the Windy City may need to wear coats over their costumes when venturing door to door, but they are the most likely to be rewarded with the best Halloween candy for their efforts. When it comes to ordering Halloween candy, Chicagoans favor Snickers.

#2 Washington, D.C. — When everyone coming to your door, including trick-or-treaters, is a potential vote in your favor, you stock up on the good stuff. Good news for Twix loving trick-or-treaters in the District, it’s their top ordered Halloween candy.

#3 Indianapolis, IN — You’re in luck if you’re trick-or-treating in the Crossroads of America. They come in number three on our list and Reeses’ Peanut Butter Cups come in at number one on their candy shopping lists.

#4 Seattle, WA — A great cup of coffee isn’t the only thing you can count on in Seattle. On October 31, when you put that costume on, you can feel just as confident about coming home with a bag full of the best candy out there. The number one candy ordered by Seattleites? Twizzlers.

#5 Los Angeles, CA — Sure, Angelenos are notorious healthy eaters, but at number five on our list, they clearly know the value of giving out the right candy on Halloween. Sour Patch Kids are the Halloween candy of choice in the City of Angels.

#5 San Francisco Bay Area, CA — The City by the Bay is a great place to get a good bowl of chowder, but not so much for a great bag of Halloween loot. If Dum Dums are your jam, San Francisco is your spot.

#4 Atlanta, GA — While Atlanta tops lists for their Southern Hospitality, bless their hearts, they fell to the bottom when it comes to quality candy for trick-or-treaters. Good news for Smarties lovers, Atlanta orders plenty.

#3 San Antonio, TX — If you’re looking for mind-blowing Tex-Mex fare, look no further than San Antonio, TX. If you’re hoping the bag of Halloween candy you pour out onto the dining room table is full of the best combinations of chocolate, caramel and peanut butter, you’re in the wrong spot. Trick-or-treaters in San Antonio are most likely to see candy corn in their bags at the end of the night.

#1 Philadelphia, PA — Philly may be the City of Brotherly Love, but coming in as the number one worst city for trick-or-treating, they don’t love trick-or-treaters enough to order the top candy. They do order Tootsie Rolls though.

The good news is that there’s still time to do right by all the trick-or-treaters planning to knock on your door this Halloween. Just make sure that bowl of candy is full of treats from the “best” list. And, hey, you don’t even have to leave the house to be a Halloween hero. Fire up the Instacart app and let them do it for you!