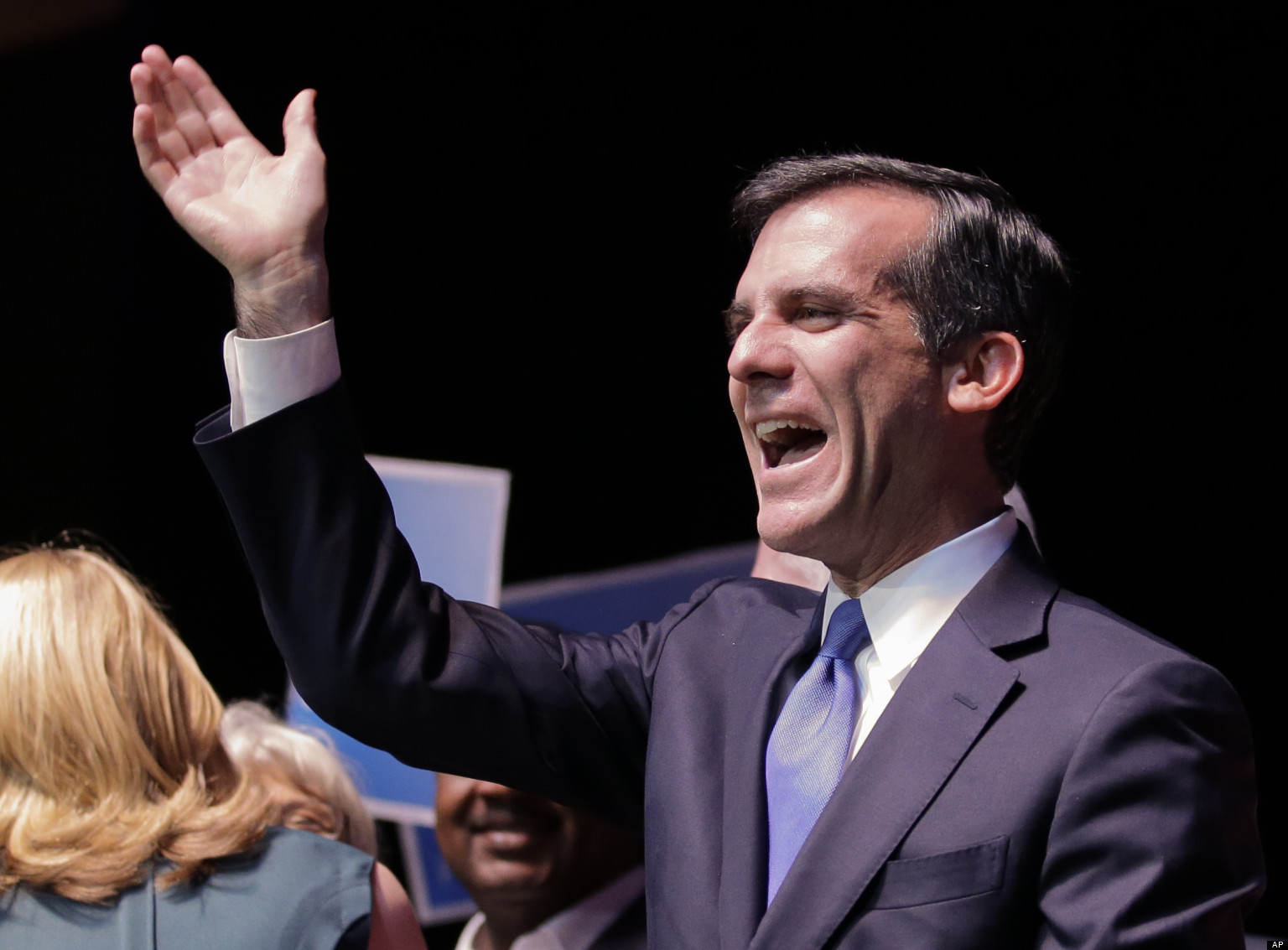 Los Angeles Mayor Eric Garcetti Tuesday is in Washington D.C., where is he scheduled to deliver the opening keynote address at the Center for American Progress’ 2017 Ideas Conference.

A “who’s who” of possible Democratic 2020 presidential candidates will be speaking at the conference, including Senators Elizabeth Warren of Massachusetts, Cory Booker of New Jersey and Kamala Harris of California.

According to a recent story in the New York Times, Garcetti himself can be added to the “who’s who” list of possible presidential candidates. The newspaper reported that Garcetti may consider entering the race and that unnamed “allies” of the mayor “acknowledged that national donors had broached the subject of 2020 but said that was the extent of his attention to the race.”

The Center for American Progress is a think tank that was founded by John Podesta, who ran Hilary Clinton’s 2016 presidential campaign.

Politico characterized the conference as the CAP’s “biggest move yet to establish itself as both the nexus of the Democratic Party’s future and a player trying to shape what that future will be.”

The website also said the center is modeling the event roughly on the Conservative Political Action Conference, which has become an annual gathering of prominent conservative leaders, and may be planning to become a liberal version of the CPAC.

“You can describe it however you want,” Garcetti said. “I accepted the invitation because I work with the Center for American Progress very sensibly on the environment, on immigration and on economic development and jobs programs, and I’m a huge fan of them. And I do think that it is time for us to be generating ideas for the next 20 years for this country,” Garcetti said in March.

The mayor also said he is more focused on an “American” agenda than on an agenda for the Democratic Party.

“There was a frustration after the November campaign where everybody said, `What do you think the Democratic agenda should be?’ and quite frankly, I care less quote unquote about the Democratic agenda than the American agenda,” Garcetti said in March when asked what his message at the conference might be.