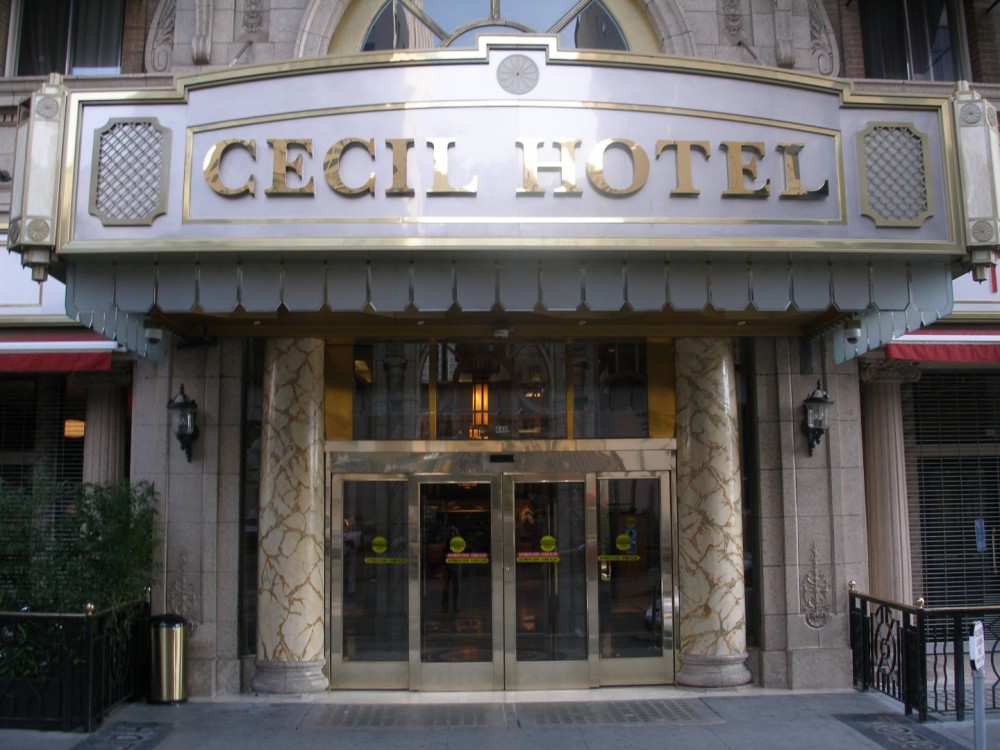 The Hotel Cecil in downtown Los Angeles — with its ghastly reputation as the site of  murders, suicide and macabre mystery — will be considered by a City Council committee Tuesday for historic-cultural monument status.

The Cultural Heritage Commission voted in December to approve the application, finding that it is a representative example of the early 20th century American hotel industry and that its designer, Loy L. Smith, was an important architect of his time.

But the hotel — which served as the inspiration for the 2015 season of the FX show “American Horror Story” — is known for more than its architecture.

The building at 640 S. Main St. was called the Hotel Cecil for most of its existence since it was built in 1924, but was recently rebranded the Stay on Main.

When the hotel and the neighborhood near Skid Row hit hard times beginning with the Great Depression, it became known to long-term residents and locals as “The Suicide” due to the high number of people who killed themselves there, including some who jumped out the windows.

Adding to its macabre legacy is that it was the temporary home of serial killers Richard Ramirez and Jack Unterweger during their murder sprees in Southern California, and it has a long history of murders committed in its rooms.

The hotel made headlines around the world in 2013 when 21-year-old Canadian Elisa Lam disappeared after checking in. Elevator surveillance video showed Lam acting disoriented and as if she was trying to hide from someone while the elevator appeared to be malfunctioning.

Lam was found dead a few weeks later in the building’s rooftop water tank, naked with her clothes floating in the water. Guests had complained about low water pressure and the water tasting funny, which had led maintenance workers to investigate the water tank. The coroner ruled her death an accident. The mysterious death brought new attention to the hotel.

The Planning and Land Use Management Committee will decide Tuesday if it wants to recommend approving the application, which will then be forwarded to the full City Council for a vote.