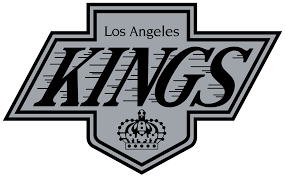 The Los Angeles Kings will conduct Hockey-Fights- Cancer Night at tonight’s game at Staples Center, part of a monthlong league- wide effort to raise awareness and funds for organizations involved in cancer care and research.

Fans making a $10 donation to Amgen’s Breakaway from Cancer can have a picture taken during the game against the Columbus Blue Jackets and from 2-4 p.m. in L.A. Live’s Microsoft Square with the three trophies won by Kings players during the 2015-16 season — the Lady Byng Memorial Trophy, the James Norris Memorial Trophy and Frank J. Selke Trophy.

An auction of the lavender warmup jerseys the Kings will wear will be conducted at lakings.com/auction. Lavender is the color representing awareness for all types of cancer.

Proceeds from the 50/50 raffle will benefit Breakaway from Cancer, a partnership between the Thousand Oaks-based biopharmaceutical firm Amgen and four nonprofit organizations offering services to people affected by cancer.

Kings scout Denis Fugere, who has been battling cancer for approximately a year, will be recognized during the game. The team will celebrate 50 people fighting cancer or supporting those impacted by the disease as part of its We Are All Heroes program.

Fans will be asked to fill in the name of a loved one with cancer on a placard that will be held up during a break in play.

Information about cancer research and patient care will be available from representatives of Children’s Hospital Los Angeles, Ronald McDonald House and Be The Match in sections 116-118 on the main concourse.

The Hockey Fights Cancer initiative was founded in December 1998 by the NHL and National Hockey League Players Association.

More than $16 million has been raised to support national and local cancer research institutions, children’s hospitals, and player and local charities in the United States and Canada.