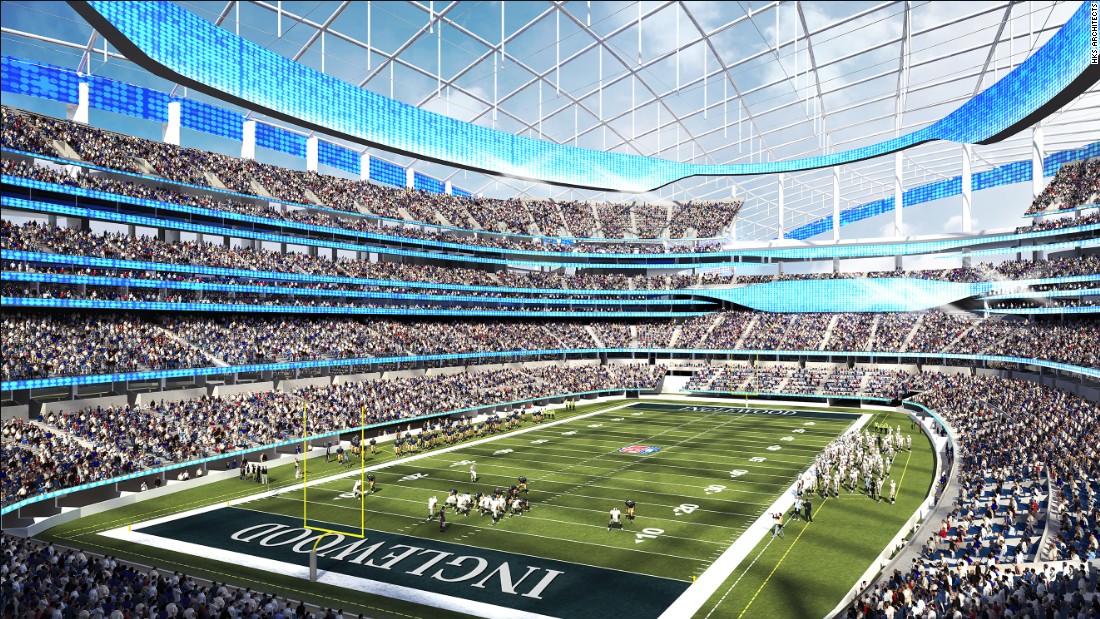 First, Inglewood lured the Rams back to the Southland, and today, the National Football League announced the city will play host to Super Bowl LV in February

The game will be played at the Rams’ $1.86 billion stadium, which is scheduled to open in 2019 at the former site of Hollywood Park racetrack.

Houston will host the Super Bowl next year, followed by Minnesota in 2018.

The Los Angeles area has not played host to a Super Bowl since 1993.

“The city of Inglewood is thrilled to be the host for the most watched, single sporting event in the world, Super Bowl LV,” Inglewood Mayor James Butts said.”Working with the city of Los Angeles, we intend to help make it the greatest fan experience in the history of the NFL. After a 20-year hiatus, professional football is back.”

According to the Los Angeles Tourism & Convention Board, which helped spearhead the effort to land the game, the area’s bid includes 60,000 hotel room nights, with the possibility of generating up to 100,000 total room nights. Organizers said that while the game will be held in Inglewood, related events will be held throughout the region.

“Los Angeles is built to host the Super Bowl,” Los Angeles Mayor Eric Garcetti said. “We helped forge this great American tradition as its very first host in 1967, and now, at long last, we’re bringing it back where it belongs.

“L.A. is already welcoming a record number of visitors from around the world, and Super Bowl LV will bring even more economic prosperity to our region attracting tens of thousands of people to our city and generating hundreds of millions of dollars for local hotels, restaurants, shops and other businesses.”

Casey Wasserman, chairman of the bid committee, said he was “honored” at the NFL’s decision.

“The league’s selection of Los Angeles is a testament to its commitment to innovation and diversity, and I couldn’t be prouder of our winning bid,” he said. “(Rams owner) Stan Kroenke’s vision for the Rams stadium and the surrounding campus makes Inglewood an ideal venue for staging the Super Bowl of the future, and we look forward to inviting the nation and the world to L.A. for an historic fan experience.”