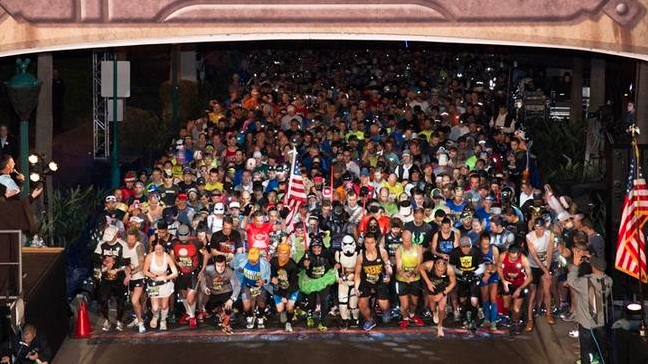 A capacity field of more than 14,000 runners has registered for today’s second annual “Star Wars” Half-Marathon at the Disneyland Resort, including a recent kidney donor and a Marine once told by doctors he could never run again.

The 13.1-mile race will begin on Disneyland Drive, near Downtown Disney and Disneyland, then goes through Disneyland and Disney’s California Adventure Park. It then moves to the streets of Anaheim, passing the Anaheim Convention Center and heading south on Harbor Boulevard to Garden Grove Boulevard.

Beth Waller of Lexington, South Carolina had registered early for the half-marathon, Friday’s “Star Wars” 5K and Saturday’s “‘Star Wars” 10K, but put her plans on hold when she found out a friend from high school needed a kidney.

Waller donated a kidney in December. Her doctors recently allowed her to resume running.

Marine Corps Corpsman Chris Murphy of Escondido was told by doctors he could never run again after injuring his knees in the military. He will be running his fifth runDisney half-marathon today, while dressed in a Marine Corps kilt and carrying a large American flag.