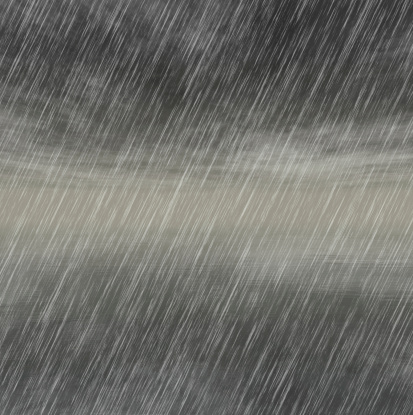 Rain moved into Los Angeles County today, flooding streets, making driving treacherous and sending mud and rock onto the key coastal route in and out of Malibu.

Pacific Coast Highway was closed between Las Posas Road and Yerba Buena in Ventura County and will remain shut for at least one day and possibly longer as a crew is brought in to clean up mud, rocks and debris that flowed from cliffs dednuded by the Springs Fire.

Motorists are advised to use the Ventura (101) Freeway and canyon roads as an alternate.

Once mud, rocks and debris began flowing across the highway, it was closed, at 2 p.m.

The rain also caused flooding and a street closure in Montebello. Greenwood Avenue was closed in both directions between Sycamore Avenue and Union Street because of “major flooding” under the railroad overpass, according to the Montebello Police Department.

The California Highway Patrol reported about 83 crashes between 6 a.m. and 8 p.m. today on freeways and roads it patrols in Los Angeles County. That compares to about 48 crashes during the same hours last Sunday, said CHP Officer Patrick Kimball.

More than a half-inch of rain fell in West Los Angeles between 3:45 p.m. and 4:45 p.m. and heavy showers extended from Lakewood to the San Gabriel Valley late this afternoon, according to the NWS. Residents in and below the Colby Fire burn area in the San Gabriel Mountains were also being warned of possible mud and debris flows.

The Los Angeles County Department of Public Health on Sunday warned beach goers to avoid storm discharge areas due to debris and bacteria.

Scattered showers, heavy at times, continued to impact the county tonight. Moderate to heavy rain was falling in downtown Los Angeles about 8 p.m. and around three-quarters of an inch of rain fell in the area of Tonner Canyon in about an hour as the showers moved into northern Orange County, but the biggest biggest rain clouds of this week were still swirling across the
Pacific and threatening to storm ashore Tuesday.

The National Weather Service refined its forecast. The center of the storm might hit the Central California coast, instead of Los Angeles, but 6-8 hours of intense rain was still expected to fall during the day on Tuesday.

As the low pressure system crosses L.A. and heads towards Las Vegas, its tailing quarter will use winds out of the southwest to pump in a large amount of subtropical atmospheric moisture, the NWS said.

This flow “will entrain a large plume of subtropical moisture and aim it right at Southern California,” according to the NWS.

Rain amounts on Tuesday were still expected to range from 1-2 inches at the coast and in the valleys to 2-5 inches in the foothills and mountains near Los Angeles. Inland areas will get substantially less rain, according to the NWS.