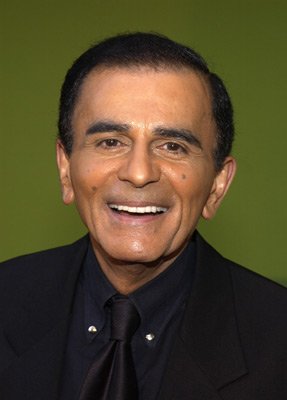 A judge today denied a request by the three oldest children of Casey Kasem for an order directing Norwegian officials to return
the remains of their father so the radio icon can be buried at Forest Lawn Hollywood Hills.

Los Angeles Superior Court Judge Clifford Klein said that although he had jurisdiction to act on the matter, the law is clear that Kasem’s widow,Jean, has the authority to dispose of the body as she wishes so long as she does not ignore the matter and do nothing.

After her husband’s death on June 15, she had his body transferred from Washington state to Montreal, then later to Norway.

Martha Jo Patterson, attorney for Kasem’s children by his first marriage, Kerri, Julie and Michael, argued that Jean Kasem had failed to act by not having her late spouse’s body embalmed and because he is still not buried.

“We’re disappointed but we did all that we could,” Patterson said after the hearing. “She (Jean Kasem) is just allowing the body to rot.”

Patterson said Kasem has no ties to Norway.

“We’re very gratified,” he said. “This is what Casey would have wanted and what Jean wants.”

Sawyer said he does not know when Kasem will be buried. He said Kasem wanted to be buried in Norway and he called the Kasem children’s motion “an act of desperation.”

Patterson included in her court papers filed today a sworn statement by Rick Hernandez, a former security guard for Kasem. Hernandez supported claims long made by the Kasem children that their father wanted to be buried at Forest Lawn Hollywood Hills.

Hernandez said that over the years, he and Kasem became “good friends” who could “talk about anything and everything.” He said his job was to protect both the Kasem family and their home.

The same court papers include a copy of an email in which Stein Olay Hoble, acting manager of the headquarter cemetery administration in Norway, told the Kasem children’s attorney that there was a “running process whether Casey Kasem shall be buried in Oslo or not, but the final decision has not been taken due to different circumstances.”

Hoble said Kasem’s body has not yet been embalmed.

Los Angeles Superior Court Judge Daniel Murphy named Kerri Kasem as her father’s temporary guardian in May, but the appointment expired when he died.

The former “American Top 40” host, who suffered from dementia and Lewy body disease, which has symptoms similar to Parkinson’s disease, was the subject of a vitriolic legal battle between his wife and her stepdaughter until his death at age 82.

Kerri, Julie and Mike Kasem were born during their father’s marriage to Linda Myers from 1972-79. Jean Kasem was married to the former radio
personality for more than three decades.