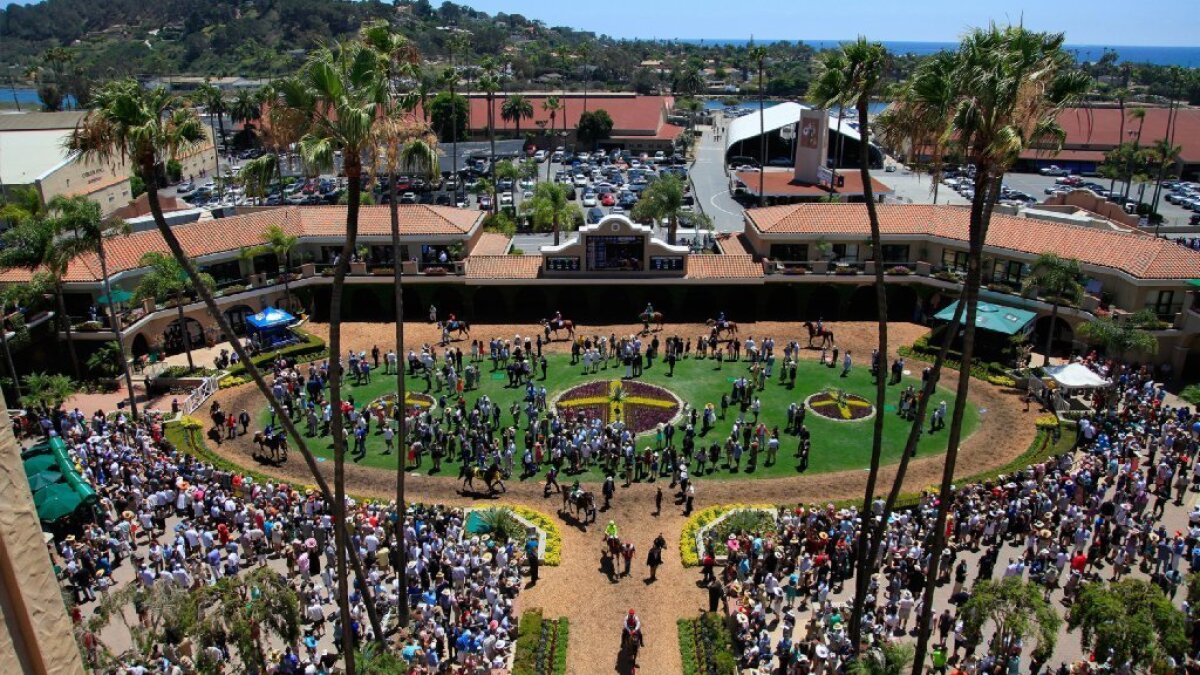 Los Angeles, and in particular California, is a hot spot for tourism throughout the year. However, many that visit the beautiful state sometimes need a break from beach life and look to take in some elite sporting action.

One of the best sports to watch while in California is horse racing, as there are no shortage of tracks to see some of the best equine talents that the United States has to offer. But, what horse racing tracks are the best to see near Los Angeles, and what are the biggest races held throughout the year that take place there?

It would be hard to start anywhere else other than the track that was watched by the world in November, as the Breeders’ Cup called Del Mar home in 2021. The track was opened to the public for the first time in 1937, and is regarded by many as one of the world’s most beautiful tracks as it is located on the Pacific Ocean.

As many as 44,000 fans are able to get to the track and watch the races, with the Turf Club being the most luxurious of the options, as there is a strict dress code. The Breeders’ Cup was the most lucrative meet at Del Mar in 2021, as fans witnessed Knicks Go with the Classic and Yibir win the Turf.

However, there are six Grade 1s held annually at the track, including the Bing Crosby Stakes, Pacific Classic Stakes and the Del Mar Futurity.

Santa Anita Park is one of the most renowned tracks around Los Angeles, and has hosted the Breeders’ Cup on ten occasions. The track most recently held the featured meet of the year in 2019, and has been owned by the Stronach Group since 2011. Santa Anita is so perfectly located in California, with scenic backdrops of mountains and beautiful palm trees evident around the layout of the course. Back in 1909, the original Santa Anita was closed, before in burned down in 1912.

It was officially re-opened again in 1934, and since then it has been the playground of some of the biggest equine stars to have ever graced dirt. Superstars such as Zenyatta, Seabiscuit and John Henry have all won going around Santa Anita, while 50,000 fans can be accommodated at the track. The featured race on the calendar is the Santa Anita Derby, which is run annually on the Road to the Kentucky Derby in April. Last year’s winner of the race was Rock Your World.

Los Alamitos has been open to the public since 1951, and is home to a number of important stakes races throughout the season. It is located in the Californian city of Cypress. Its biggest claim to fame is the fact that it hosts four quarter races with purses of more than $1 million, which is more than any other track in the country.

One of the reasons for its popularity is the rise that Go Man Go enjoyed at the track. In the 1955 season, fans would flock to the track to see the superstar, who went on to win more than $86,000 in prize money during career.

The Starlet Stakes is the only Grade 1 race that is run at the track annually, with the most recent winner Eda producing a fifth straight win in the race for trainer Bob Baffert. Other graded races that take place here throughout the season include the Great Lady M. Stakes, Los Alamitos Futurity, Los Alamitos Derby and the Bayakoa Stakes.