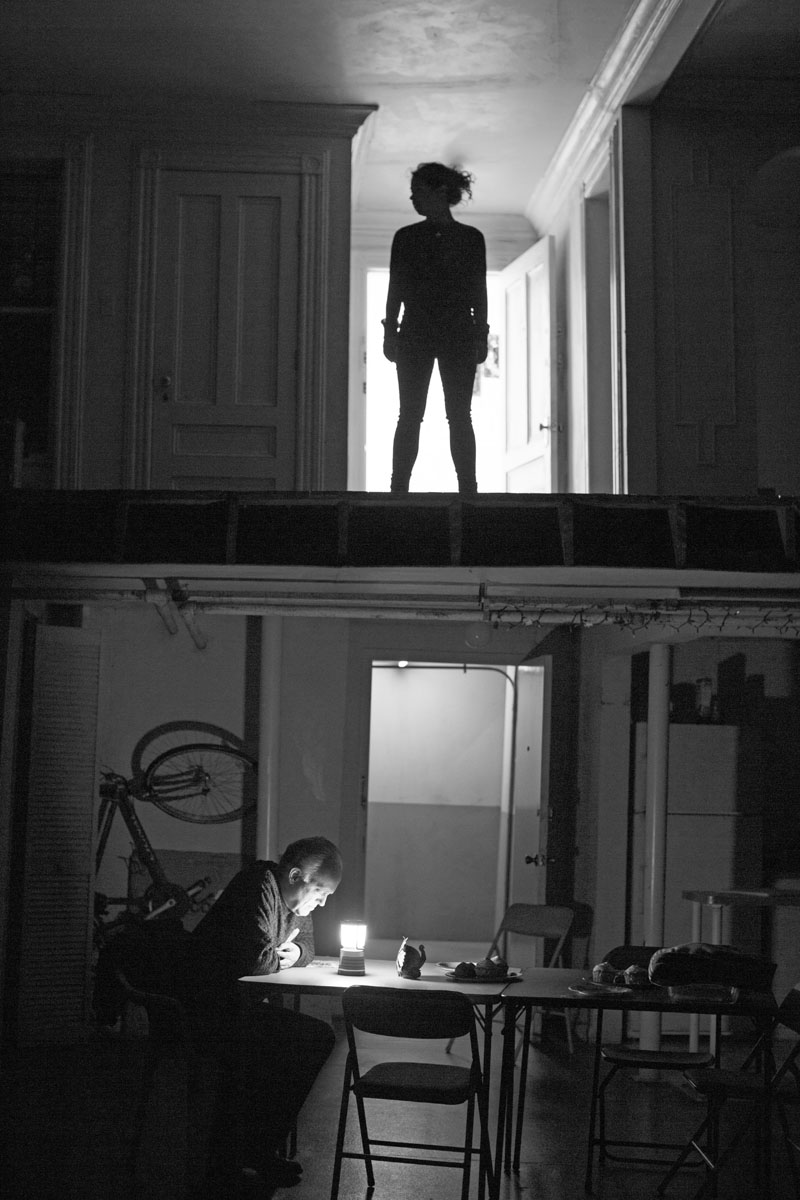 Center Stage with Beverly Cohn, Editor-at-Large| When a Tony Award for the best play winner and finalist for a Pulitzer travels out west, one can’t help feeling excited at the prospect of seeing it. I didn’t even mind the one-and- a-half hour drive time to the Ahmanson Theatre, and armed with my notebook, I was ready to see what I thought would be an extraordinary theatrical presentation. However, what unfolded on stage was an engaging, extremely well executed, albeit predictable, slice of life dramedy.* Despite a very well written script by Stephen Karam and deft direction by Joe Mantello, who guided a highly professional cast in delivering top-notch performances, I found myself wondering why this play had received such acclaim. Granted, Karam took an ordinary slice of life theme and elevated it to an entertaining theatrical level, but were it not for the outstanding performances by this gifted cast, it could have fallen into a well-written soap opera.

Here’s the story line. It’s Thanksgiving Day and the Beck family is gathering at the new split-level apartment of Brigid Blake (Sarah Steele) and her boyfriend Richard Saad (Nick Mills). Beautifully designed by David Zinn, it is located in New York City’s Chinatown, not far from Ground Zero. One by one, each family member arrives. There’s the dad, Eric Blake (Reed Birney,) his wife Deirdre (Jayne Houdyshell,) the other daughter Aimee Blake (Cassie Beck,) and Eric’s mother, wheelchair bound Fiona “Momo” Blake (Lauren Klein,) who is in the advanced stages of Alzheimer’s and periodically shouts out incoherent mumblings. One is immediately struck with how devoted her son and daughter-in-law are in taking care of her, wiping saliva from her mouth and making sure she’s comfortable.

The festivities begin with lots of funny one-liners. Dad is trying to make a call on his cell phone and is instructed by Brigid to lean into the wall if he wants reception. Despite his friendly demeanor, Dad is often distracted, sometimes gazing out of a window overlooking a dark alley filled with cigarette butts. Eventually he reveals that he is facing severe financial problems after being fired from his job for an indiscretion and the family home back in Scranton, Pennsylvania now has to be sold. He is resentful that his future son-in-law comes from a wealthy family and is a trust-fund baby who will receive his full inheritance in just a few years when he turns 40. Dad is not impressed that his future son-in-law is currently working on his Master’s Degree in social work and comments, “Rich people are pretty messed up.” Faced with the prospect of downsizing, he laments, “Don’t you think it should cost less to be alive?” Meanwhile, Richard is in the kitchen slicing and dicing. Aimee, an attorney, paces around a lot and is clearly in physical discomfort, forcing her to flee to the upstairs bathroom for multiple potty breaks. Eventually, she casually blurts out that “I am not on the partner track,” and later reveals that she’s been fired because of her health issues and needs surgery. If that wasn’t enough, her girlfriend Carol dumped her. Mom, who is the backbone of this lower middle-class Irish family, comes bearing a care package full of useful and not so useful gifts, including a lantern and a statue of the Virgin Mary, which goes over like a lead balloon. As a staunch Catholic, she defends her gift, saying, “She’s appearing everywhere.” There is continuous light banter from mom with amusing non-sequiturs. “I’m back on Weightwatchers.” She comments on a Lifetime movie about a lesbian who gets AIDS, and regarding happiness, “It’s better to be unhappy with someone than to be unhappy alone.” She also manages to get in a dig about her daughter’s unmarried lifestyle. There is an amusing discussion on how to pronounce Carnegie. Is it Car-na-gie, with the accent on the middle two letters or Car-na-gee, with the accent on the first three letters. Trivial? Yes. But it appears that the playwright deliberately wrote stream of consciousness funny dialogue to establish lightness in the opening scene, which for me, telegraphed that there would be serious issues coming down the Blake family pike. Adding to the comedic moments is the running gag of the unseen upstairs neighbor who is constantly dropping heavy items on the floor, making a loud thud on the apartment’s ceiling. Oh yes. Then there’s the cockroach crawling on the floor, which causes pandemonium, and the light bulbs that keep burning out, eventually leaving the apartment in complete darkness. Dad sits at the table in the pitch-black room holding the lantern, thus ending Thanksgiving Day on quite a bleak note.

What we see over the course of this 90-minute play is a microcosm of the human condition as it deals with everyday problems to which we can almost universally relate – health problems, financial challenges, student debt, weight issues, sexual orientation, the care of aging parents with severe mental incapacity, marriage, religion, and infidelity. I believe that covers it. What saves this play from falling into sitcom is the snappy comedic dialogue delivered by this exceptional cast, with special kudos to Tony Award winners Reed Birney and Jayne Houdyshell, whose characters are central to the action. Creating interesting stage business,** Joe Mantello’s acute direction keeps the action moving at a fast clip, while at the same time, insuring that everything we see on that stage is authentic with no “dead spots” in the action.

There is no clear resolution to the individual challenges faced by this family, nor is there a perceivable arc to the characterizations developed by this excellent ensemble. Finally, “The Humans,” is an enjoyable slice-of-life theatrical experience but runner-up for a Pulitzer Prize? I don’t get it.

*Dramedy: A movie or play, that combines elements of drama and comedy.