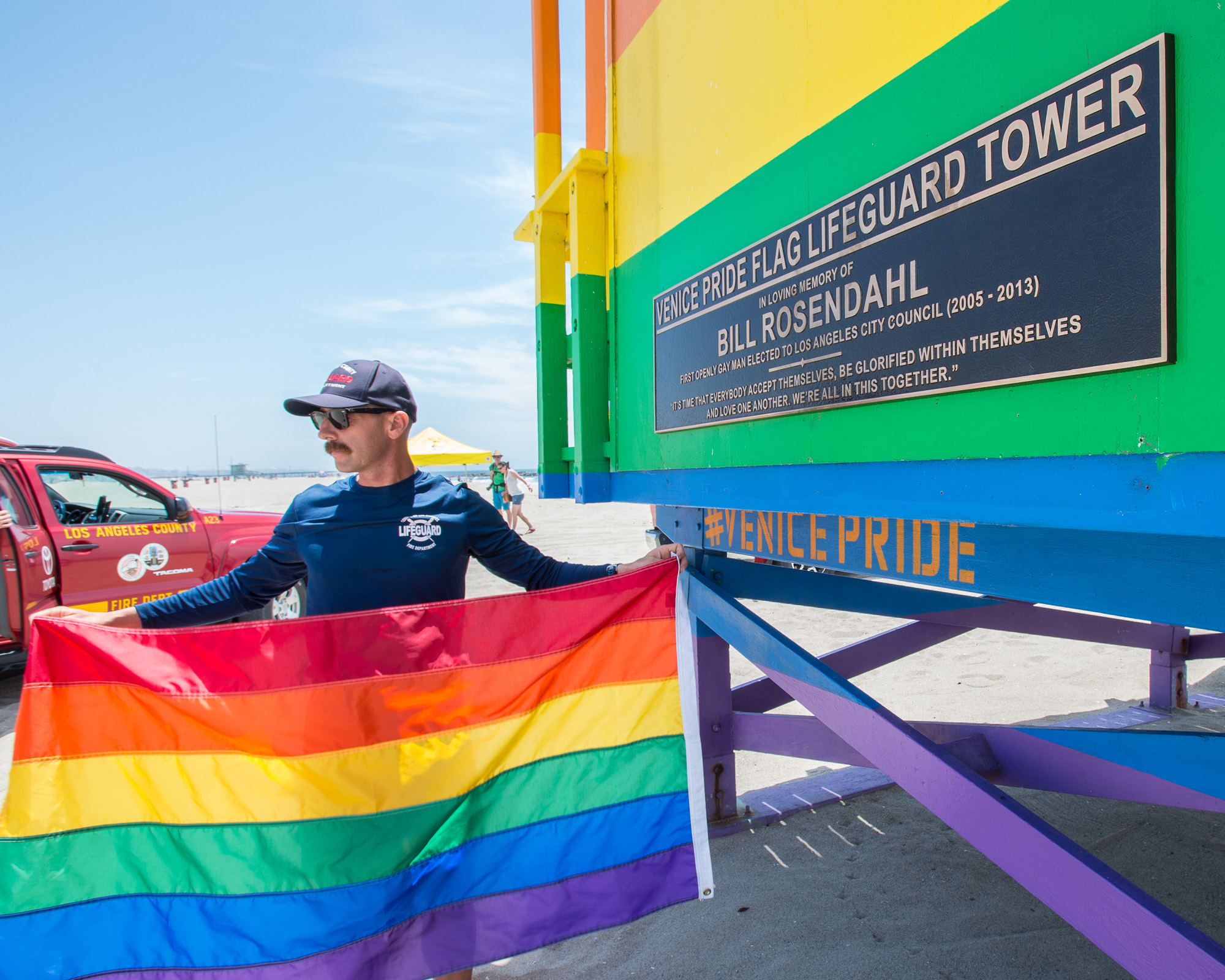 On Friday, June 15, Venice’s own Rainbow Lifeguard Tower was officially dedicated to Bill Rosendahl, the first openly gay man elected to the Los Angeles City Council. The ceremony featured the unveiling of a bronze plaque dedicating the tower in the loving memory of Rosendahl.

Painted in late May 2017, the Venice Pride Flag Lifeguard Tower was unveiled on June 1 of the same year as a temporary public art project to remain installed until September 4, 2017.

Due in part to its overwhelming popularity the LA County Board of Supervisors unanimously voted to let the tower keep its stripes on September 5, 2017.