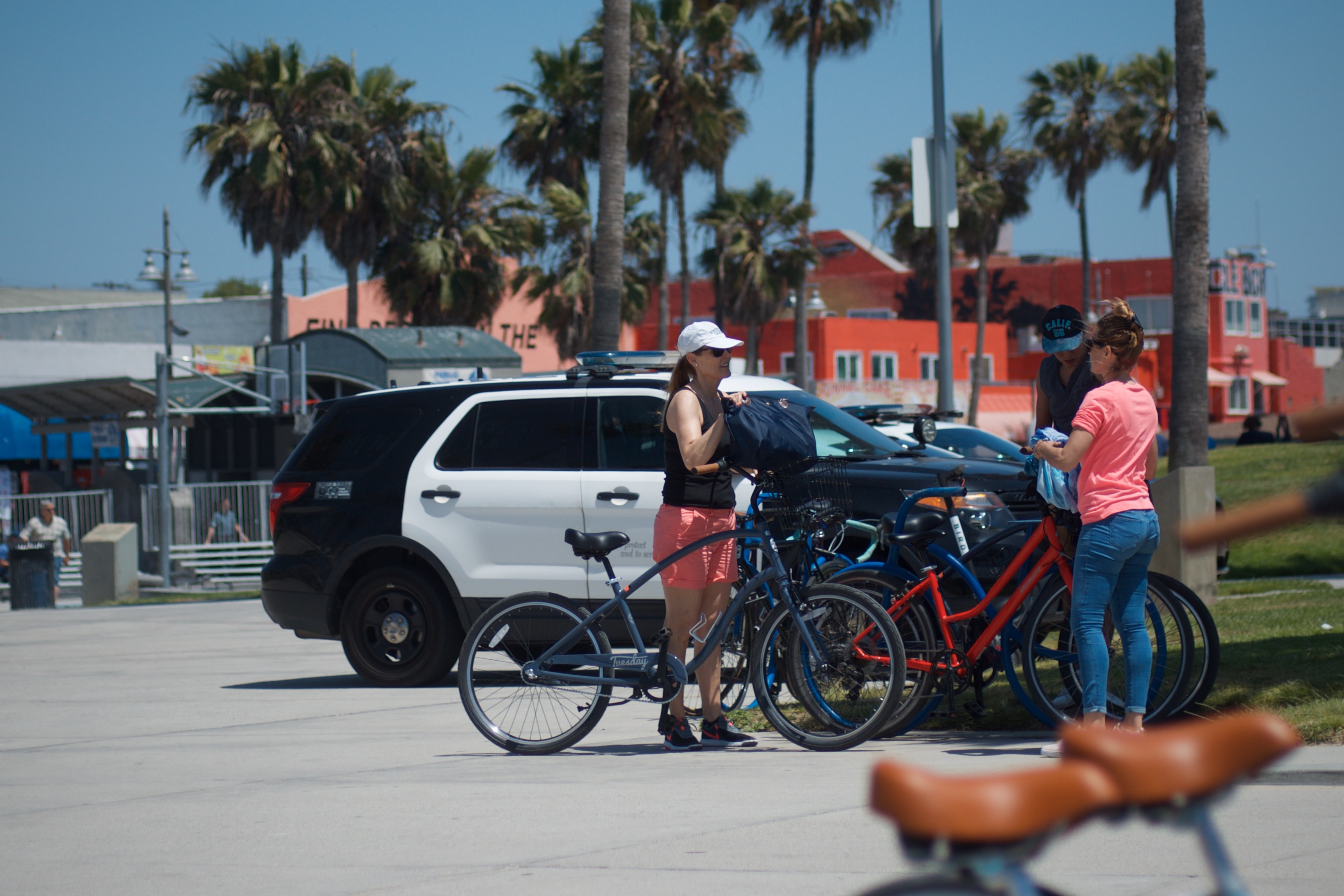 By SAM CATANZARO| The fear of returning to find their bike stolen is something cyclists in Los Angeles live with every day. Nowhere is this anxiety more warranted than Venice Beach, which has one of the highest rates of bike theft in the city. In order to understand why, just think like a thief.

“If you were out to steal a bike you would want to do it where there were a lot of bikes, a lot of bikes to choose from and a lot of mistakes made. If you think about Venice Beach, that is an ideal location,” said J Allard, Founder and CEO of the online bike registry platform Project 529. “Think about grabbing a bike and you have three minutes to disappear. Well that’s a pretty choice place disappear. You just head towards Ocean Front Walk, grab an alley, and you are gone.”

According to the FBI, bike crime is increasing in Los Angeles and the rest of the U.S. as more and more people are using bikes to commute.

“People are riding bicycles a lot more often, and it’s due to a mixture of things but escalating gas prices is one of them,” said Bill Nesper, a spokesman for the League of American Bicyclists.

The City of Los Angeles currently does not have an effective system for cyclists to register their bikes or to report a stolen bicycle, making it difficult for the Los Angeles Police Department (LAPD) to combat bike theft. Detective Randy Goddard of the LAPD Pacific Division told Yo! Venice that very few stolen bikes get recovered in Venice, making bike theft a virtually consequence-free enterprise.

“The arrests we have made are because the bikes were extremely unique, extremely valuable and the victims had pictures and were very vigilant in giving us the information,” Detective Goddard said. “It is really hard to try to recover these bikes if you do not have that information.”

The information Goddard is referring to are things like the bike’s serial number, photos of the bike and of course who the owner is. There are several private platforms including Project 529 and the National Bike Registry and Bike Index that allow cyclists to register their bikes with this information. These services greatly increase the odds of a stolen bike getting recovered, and in a nod to their success, the City of Los Angeles recently made steps to develop a bicycle registration system of their own. On May 29 the City Council Public Safety Committee approved a motion that instructs the Department of Transportation (LADOT) and LAPD to develop recommendations for such a program.

It is unclear whether Los Angeles will develop a platform of their own or partner with a private company. The Santa Monica Police Department has a partnership with Bike Index to help reunite owners with their bicycles. Project 529 works with 30 different cities and CEO J Allard told Yo! Venice that his platform would be perfect for an area like Venice, pointing to the example of Vancouver’s Granville Island.

“It is kind of like Venice Beach. Part local, part tourist, a great cycling destination, the number one hot spot for theft and we reduced bike theft there by over 65 percent,” Allard said. “We also worked with local businesses to do bike valets. Plus we did loaner locks so if you went to the pub for a pint and you and your friends were out riding around on road bikes in spandex and didn’t bring locks and you wanted to grab a pint and watch the sunset, you leave your ID and get a 150 dollar lock to borrow.”

Allard says that he has not been contacted by the City yet, but would be more than happy to work with appropriate personnel to develop a plan to create a successful registration system.

Whether this system will be voluntary or mandatory is still undetermined but some in the local bike community are wary of any type of forced registration. Up until 2009, there was a section of the Los Angeles Municipal Code that required cyclists to carry a bike license. This lead to the harassment of many people from low-income and minority communities on bikes by the police under the pretext of registration requirements.

“We believe that a mandatory program will lead to the same issues that occurred previously, and may cause more harm than good in low-income communities, immigrant communities, and communities of color. We know that the problem of biking while black or brown is real, and we do not want to further exacerbate this problem,” the Los Angeles County Bicycle Coalition said in a statement.

John Brown, a local bike enthusiast, told Yo! Venice in an email that he would oppose a mandatory system and questions whether registration would even curtail bike theft.

“Generally speaking, bike licensing/registries have not served cyclists well in Los Angeles, as it has put law-abiding cyclists in the crosshairs of overzealous law enforcement while having zero effect on the level of bike theft and related crime,” Brown wrote. “Law abiding citizens would find themselves dealing with bureaucracy and citation, while those intent on breaking the laws would get away unpunished.”

Allard of Project 529 says that curtailing bicycle theft through a registration system is more dependent on the biking community coming together to fix the problem rather than city officials stopping bike theft with policy.

“You can be super successful working with the bike industry and letting them be part of the solution rather than having it just be a government thing,” Allard explained. “It’s a community problem and the only way you can solve a community problem is with community effort.”

As to how the Venice community is going to stop bike thieves? Simply be smarter than them, says Allard.