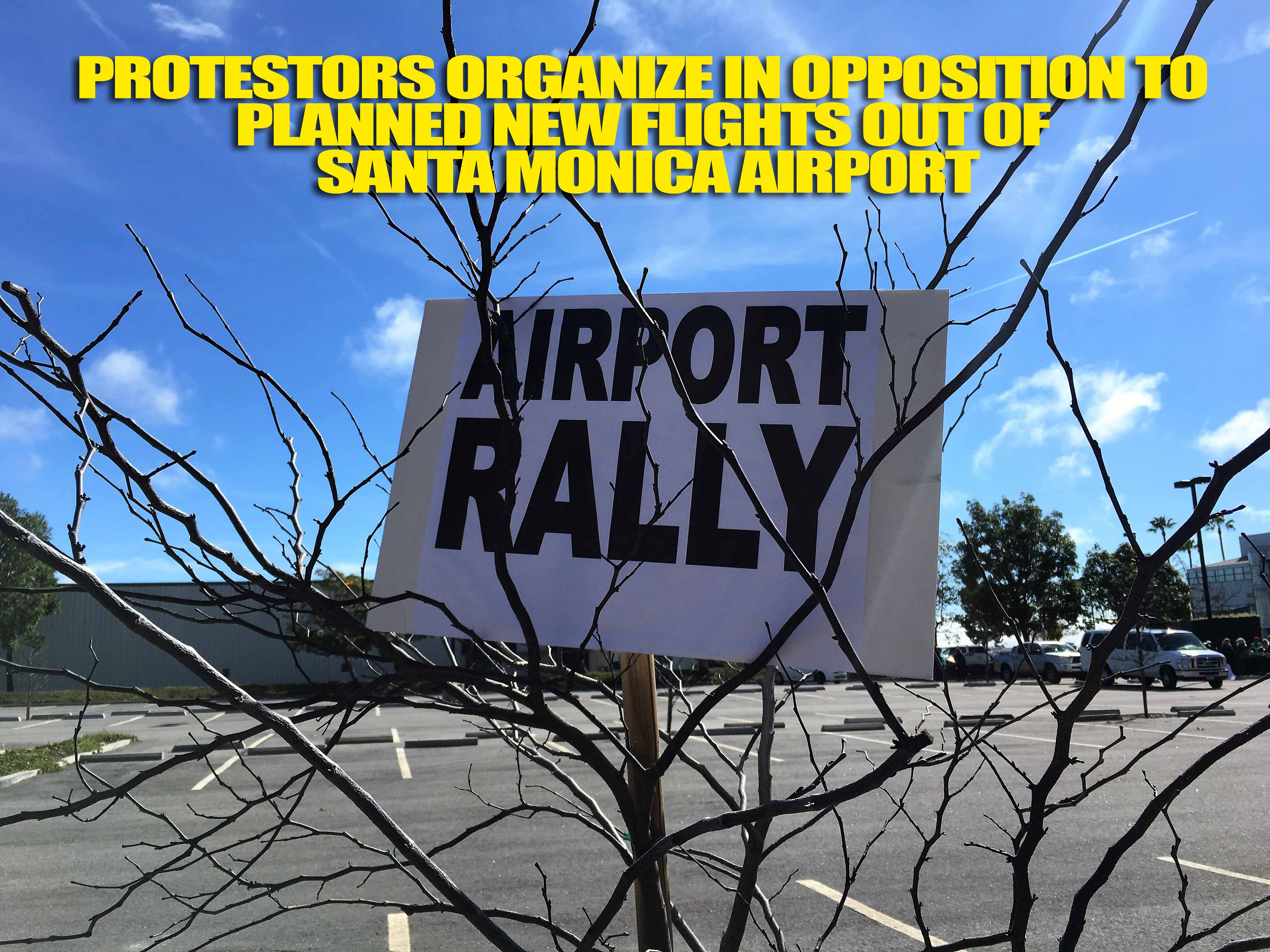 Following the Santa Monica City Council voting in favor of striking a deal with the FAA (Federal Aviation Administration) that will keep Santa Monica  Airport open until 2029 as well as JetSuiteX scheduling commercial service of 30-passenger jets out of the airport beginning this month, a protest was held on Saturday, February 4th in opposition to this new scheduled use of the airport. The protest was hosted by CRAAP (Concerned Residents Against Airport Pollution) and co-sponsored by airport2park, The Ocean Park Association, Friends of Sunset Park, NOJETS Santa Monica Airport, CASMAT, SMO Future, North Westdale Neighborhood Association and Venice Residents Against SMO.