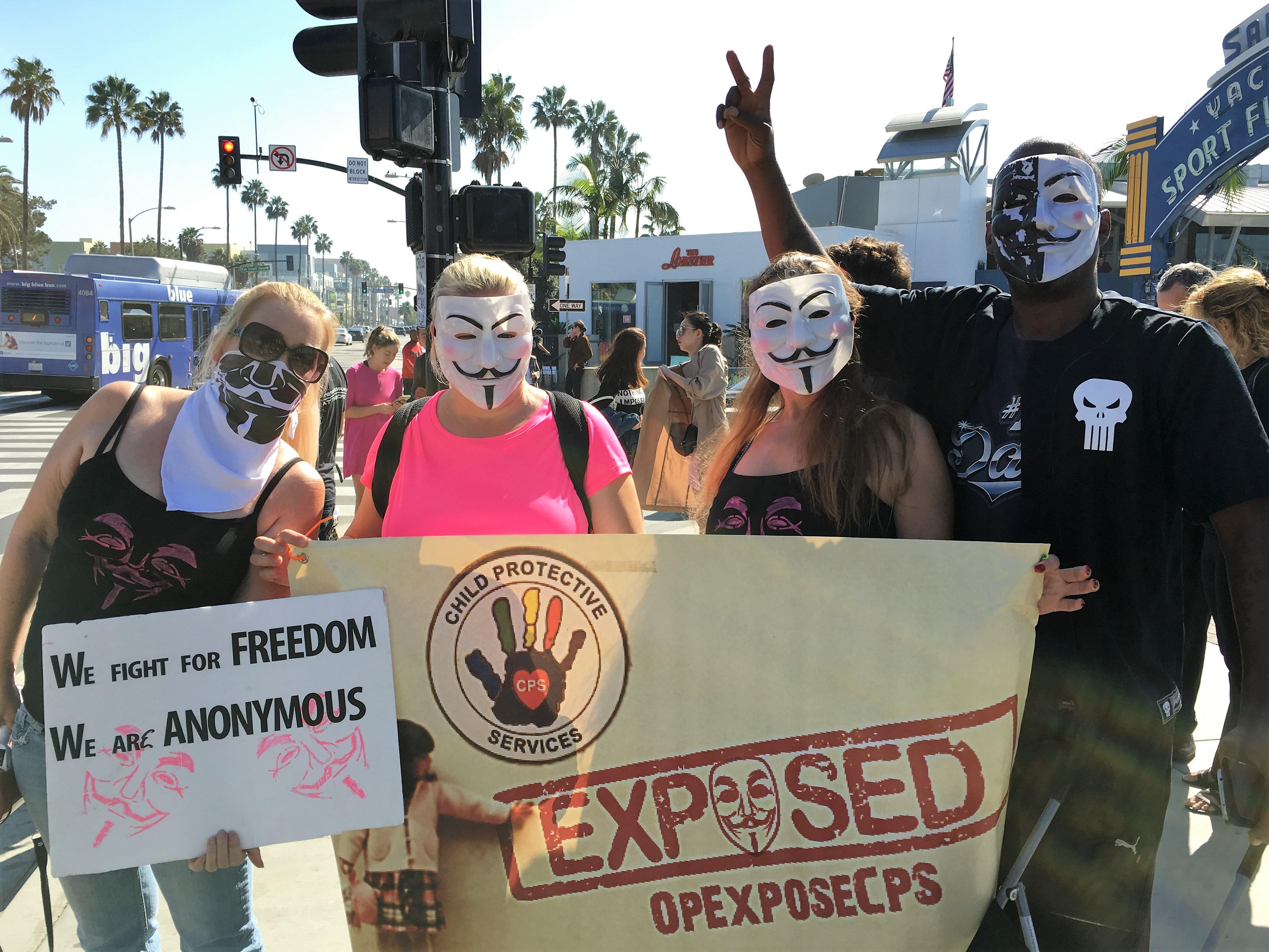 The 2006 film V For Vendetta brought Guy Fawkes Day, which celebrates a failed attempt by a revolutionary to blow up British Parliament, to the attention of many Americans who were then unfamiliar with the holiday. The mask of the titular character likewise became a makeshift revolutionary symbol, used by the decentralized hacker and activist group Anonymous. On Saturday, November 5th—Guy Fawkes Day—protesters donning Anonymous masks set up a rally at the entrance to the Santa Monica Pier, at the intersection of Ocean Ave and Colorado Ave.