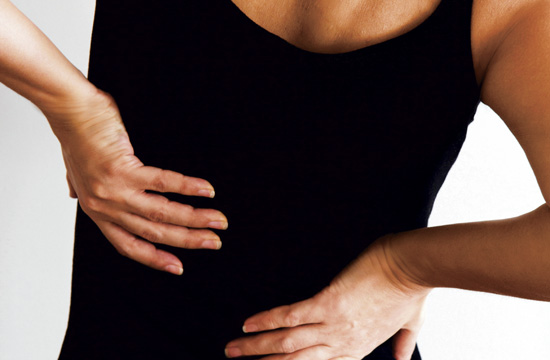 Not long ago, when people thought of hip surgery, they would associate it with the elderly man next door who had a hip replacement or the old lady that fell, broke her hip, and had to have it “fixed.” Now, we’re reading about young star athletes getting hip arthroscopic surgery. What gives?
It’s not so much that the body (or specifically the hip) has undergone a recent evolution, but rather that medicine (specifically orthopedic surgery) has advanced. When I was a football running back, I was told I had a “hip pointer” or “groin pull,” was advised to rest, take aspirin, and then get back in the game. Many of these hip injuries may, in fact, have been attributable to hip labral tears often from a condition called femoroacetabular impingement.

FAI, which is a bone deformity of the hip socket and/or the upper end of the femur near the femoral head, causes abnormal collision (or “impingement”) with certain hip motions. The labrum gets “pinched” and eventually may tear, causing pain. It is estimated that 14-17 percent of the asymptomatic population has FAI, and up to 95 percent of competitive athletes. Unfortunately, the labral and cartilage damage from FAI puts the hip at-risk for premature arthritis and early hip replacement.
Since FAI may be a main driver of hip pain in young athletes, it would be nice to know the cause of the FAI deformity that puts the labrum at-risk for tears. Investigators do not agree as to whether this is an inherited or acquired condition. Although genetics may play some role, there is currently more support for the theory that FAI is caused by repetitive injury to the proximal femoral growth plate at a critical stage of development, with correlation between high-volume impact activities (demonstrated in elite football, ice hockey, basketball and soccer players) during adolescence and the development of cam-type deformities. Fortunately, we now can diagnose and treat FAI and labral tears before the damage is irreversible.

Adolescent and young-adult patients, often athletes, may notice a gradual pain in the groin or side of the hip. If nonsteroidal anti-inflammatory drugs (NSAIDs) and activity modification fail to relieve the pain, one is advised to consider evaluation by an orthopedic surgeon who can obtain x-rays and possibly an MRI. If FAI and/or labral tear is diagnosed, the orthopedic surgeon may refer you to an orthopedic specialist who can perform hip arthroscopy.

When I perform hip arthroscopy, I carefully insert a pencil-sized camera lens into the hip while the patient is asleep under general anesthesia. I make another small incision for instruments that enable removal, repair or reconstruction of damaged tissue. The surgical goal is to safely repair (or replace if not reparable) the torn hip labrum and “sculpt” the socket and/or ball side of the hip using special high-speed burrs so that FAI is eradicated and full, impingement-free motion is restored.
What orthopedic specialists can now perform using the camera is a major improvement from the days when treatment of such injuries required open surgery with full dislocation of the hip. Instead of lengthy hospitalization and rehabilitation, hip arthroscopy permits us to perform outpatient surgery with immediate ambulation on crutches and exercise cycling beginning the day after surgery.
Although the great majority of patients will have safe and successful outcomes from hip arthroscopy, even at dedicated hip arthroscopy centers of excellence, some patients may still eventually require hip replacement. Those tend to be people who already have a substantial amount of hip arthritis, so I encourage patients to seek relatively prompt evaluation by a qualified medical provider that can determine if he/she may benefit from hip arthroscopy.
Dean K. Matsuda, MD is a board-certified orthopedic surgeon, chairman of the American Academy of Orthopaedic Surgeons Sports medicine/arthroscopy program committee, and director of the Hip Arthroscopy Center of Excellence at DISC Sports and Spine in Marina del Rey.