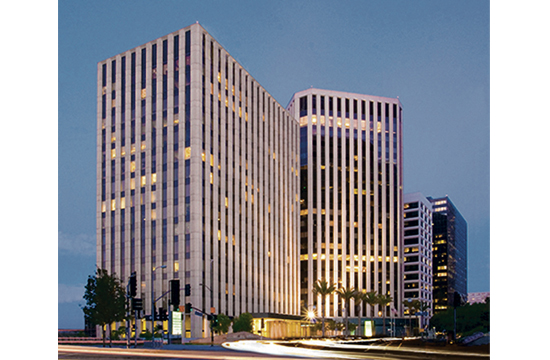 Whether strong price increases will continue in California is uncertain.

Many economists including Leslie Appleton-Young, Chief Economist for the California Association of Realtors, have raised concerns that if the low supply of homes continues here, bidding wars will drive prices up and make “affordability” a roadblock to ownership for those buyers with modest incomes.

The concern at this median price segment of the market is that there is not enough new inventory coming to market and wage increases are lackluster and simply not keeping up with the pace of inflation in sales prices.

Then there is the luxury Los Angeles Westside which is an altogether different story. Here, for example the average sales price of a home last year was $9.4 Million for Malibu Beach, $7.9 Million for Holmby Hills, $7.5 Million for the Sunset Strip area of the Hollywood Hills and $7.1 Million for Beverly Hills.

At the higher luxury end of the market, particularly in those pockets where speculators are developing multiple high end projects, price reductions are more common and inventory is not moving as quickly. With more inventory available at the high end, buyers have become more discerning.

There are current reports of a significant slowdown in the Miami real estate market with the most expensive neighborhoods being the hardest hit. Inventory there climbed in the first quarter of this year by about one-third over the same quarter a year ago.

Miami Beach saw the average sale price down 7.5 percent year over year to $905,252 according to the Douglas Elliman and Miller Samuel Real Estate appraisers & Consultants report released a couple of weeks ago. The total number of sales fell during the first quarter by about 21 percent.

Local agents report that the problem there is the increased inventory of luxury condominiums currently under construction as well as weak demand from foreign buyers especially at the top end of the luxury market.

At the top 10 percent of the Miami market, prices dropped by almost 15 percent to an average sales price of about $3 Million. Due to the large volume of inventory, there is approximately a three-year supply available.

The President of Miller Samuel reports that “The high end is softer than the broader market right now.” He went on to explain that “We are coming off this unusually strong period for the high end between 2011 and 2014 and now we’re seeing normalization of that segment.”

Reports by financial experts on the condition of the New York real estate market are also reporting that activity in the ultra high end range has dropped off and that asking prices for Manhattan residences are seeing dramatic reductions.

According to the National Assn of Realtors there was a drop off in the number of vacation homes sold in 2015 by 18.5 percent compared to the number of sales in 2014. This drop off in discretionary purchases appears to reflect the high level of uncertainty prospective buyers are feeling about the economy.

Real estate agents in California, New York and Florida are reporting that foreign buyers are not rushing into these markets like they did a couple of years ago when they were buying everything in sight.

Foreign buyers have felt the impact according to financial experts over the last couple of years of the strengthening U.S. dollar which has cut into foreign purchasing power, particularly in the high end market.

These regulations are expected to be imposed in the future in California as well in an effort to track secret foreign buyers using U.S. high end real estate as a safe haven for illicit funds.

Some economists think we are at a pivotal point in Los Angeles where more buyers will balk at high prices and we hit a ceiling. Some others believe there is still room for modest appreciation for the next 18 to 24 months.

If you are a seller in the Westside L.A. luxury market, there are a few improvements that can help you sell your home faster and/or for more money.

According to Zillow, an internet real estate information service provider, among the improvements that will add value to the sale price of your home are: granite counters; stainless steel appliances; quartz for kitchen countertops; as well as shaker-style kitchen cabinets reported to result in a 10 percent premium on the sales price.