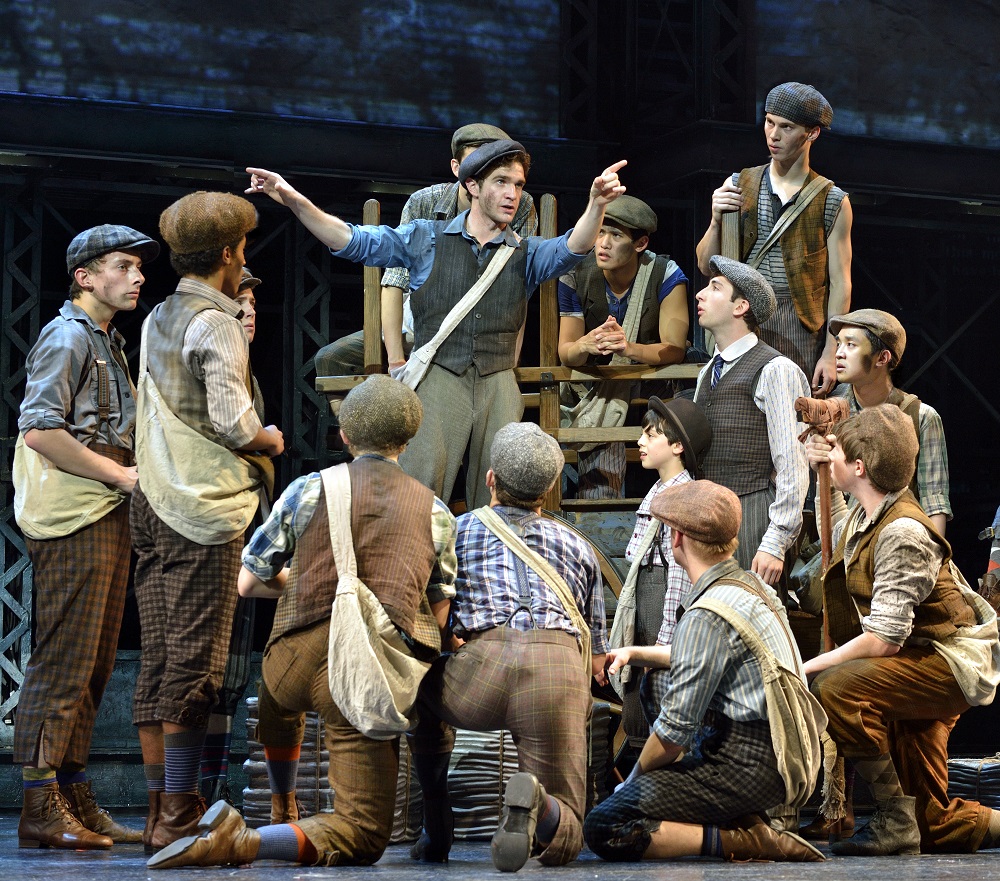 When “Newsies” opens at the Pantages Theatre in Hollywood this Tuesday, March 24, there’s one performer with local roots who’s extra excited for the four-week Los Angeles engagement, as it’s a chance to sing and dance in front of plenty of friends and family.

Set in New York City at the turn of the century, “Newsies” is the rousing tale of Jack Kelly, a charismatic newsboy and leader of a ragged band of teenaged ‘newsies,’ who dreams only of a better life far from the hardship of the streets.

But when publishing titans Joseph Pulitzer and William Randolph Hearst raise distribution prices at the newsboys’ expense, Jack finds a cause to fight for and rallies newsies from across the city to strike for what’s right.

Part of the ensemble is actor Nico DeJesus, who was born and raised in San Diego, and attended UCLA for four years.

DeJesus said he was thrilled to return to L.A. – a place he called home for seven years.

“Once I graduated from UCLA in 2011, I auditioned for a different show in Europe and booked it,” DeJesus said. “I remember seeing the Tony performance of ‘Newsies’ on YouTube, so when I got back from Europe I jumped at an audition for the Broadway show that was doing a casting session in L.A.”

Despite making it to the final rounds of the audition process, DeJesus didn’t land a role.

“I sent a note to the casting director saying thank you for coming to L.A. and I had a great time at the audition,” he said. “Three years later, last year in August, I got a letter that said to come to New York for a call back for the tour. I went for the audition, I stayed on a friend’s couch for a week, and I ended up booking the show. Rehearsals started in September in New York, then we started previews in October, and we officially opened in Philly in November.”

The 25-year-old said he loved playing one of the ‘newsies.’

“My character is Romeo,” he said. “Romeo is very charismatic, the name Romeo speaks for itself – he’s definitely a ladies man. He’s a lover, but he can fight when he needs to.”

DeJesus said he has enjoyed every moment of the tour so far, which currently has dates across the U.S. through 2016.

“My favorite part of the show is traveling around and going to see the different cities around the country,” he said. “There’s also the camaraderie around the boys – we really are like a football team – they are like my brothers. The producers did a great job casting the show and making sure our personalities all mesh together and it really shows on stage.”

DeJesus said there are plenty of reasons to see the show.

“It won two Tony Awards – one for the score and one for Christopher Gattelli’s choreography,” he said. “I don’t think people will see a show like this for a while. It’s second to none. It’s so high energy the entire time and I guarantee that people will leave the show feeling good. I know a lot of people leave Broadway productions not knowing how they felt about the show – but I guarantee people will have a good time.”

The performance schedule for “Newsies” is Tuesday through Friday at 8 pm, Saturday at 2 pm and 8 pm, and Sunday at 1 pm and 6:30 pm. Closing night is Sunday, April 19.

The show is recommended for ages 6 and up. (All persons entering the theatre, regardless of age, must have a ticket.)

Individual tickets start at $25. The Pantages is located at 6233 Hollywood Blvd., Los Angeles.