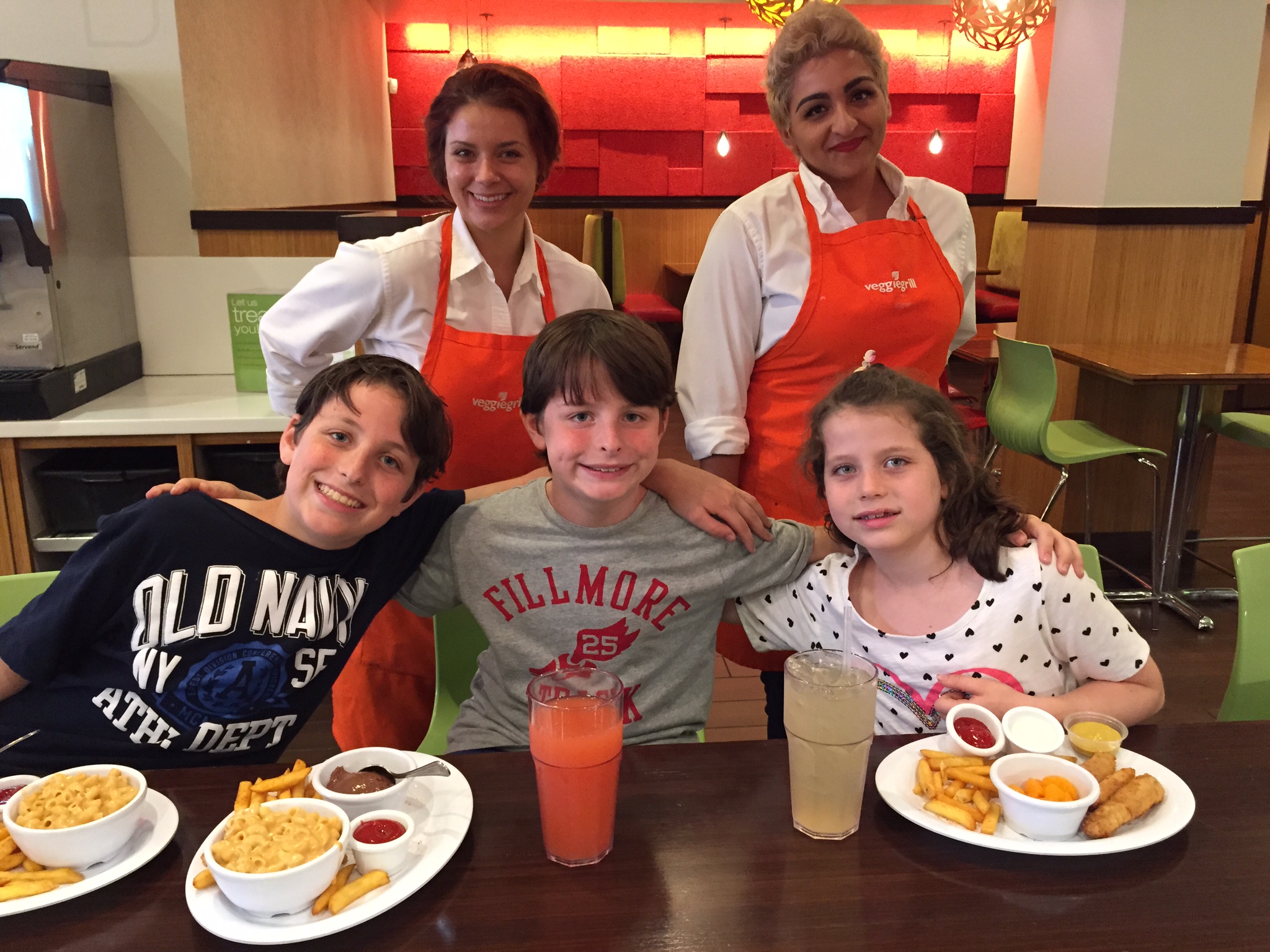 Wouldn’t you love it if your kids were telling you to eat more veggies?  Well, Cody Elkins, a nine-year old vegan from Brentwood and racquetball champion, hopes to make that a reality by having his 10th birthday party at Veggie Grill in Westwood.

His 30 guests will dine on all plant-based foods and probably not even realize it, thanks to the familiar style of food available at Veggie Grill.

Cody is recommending that his guests try one of his two favorites, mac and cheese or the Santa Fe Grilled Chik’en sandwich.

“This is a revolutionary party for a nine-year old,” said Veggie Grill manager Lyndsey Perry, who also happens to be vegan.

The friendliness of Perry and her staff, along with the bright décor of Veggie Grill make it not only a healthy choice but also a fun destination.

Cody’s older brother, Jaden, held his Bar Mitzvah at the location earlier this year and introduced many meat eaters to a healthier way of living.

Cody hopes to follow in his brother’s footsteps, inspiring his friends to make healthier choices while doing good for the environment and animals.

Happy Birthday Cody and thank you for reminding us all to eat more veggies!