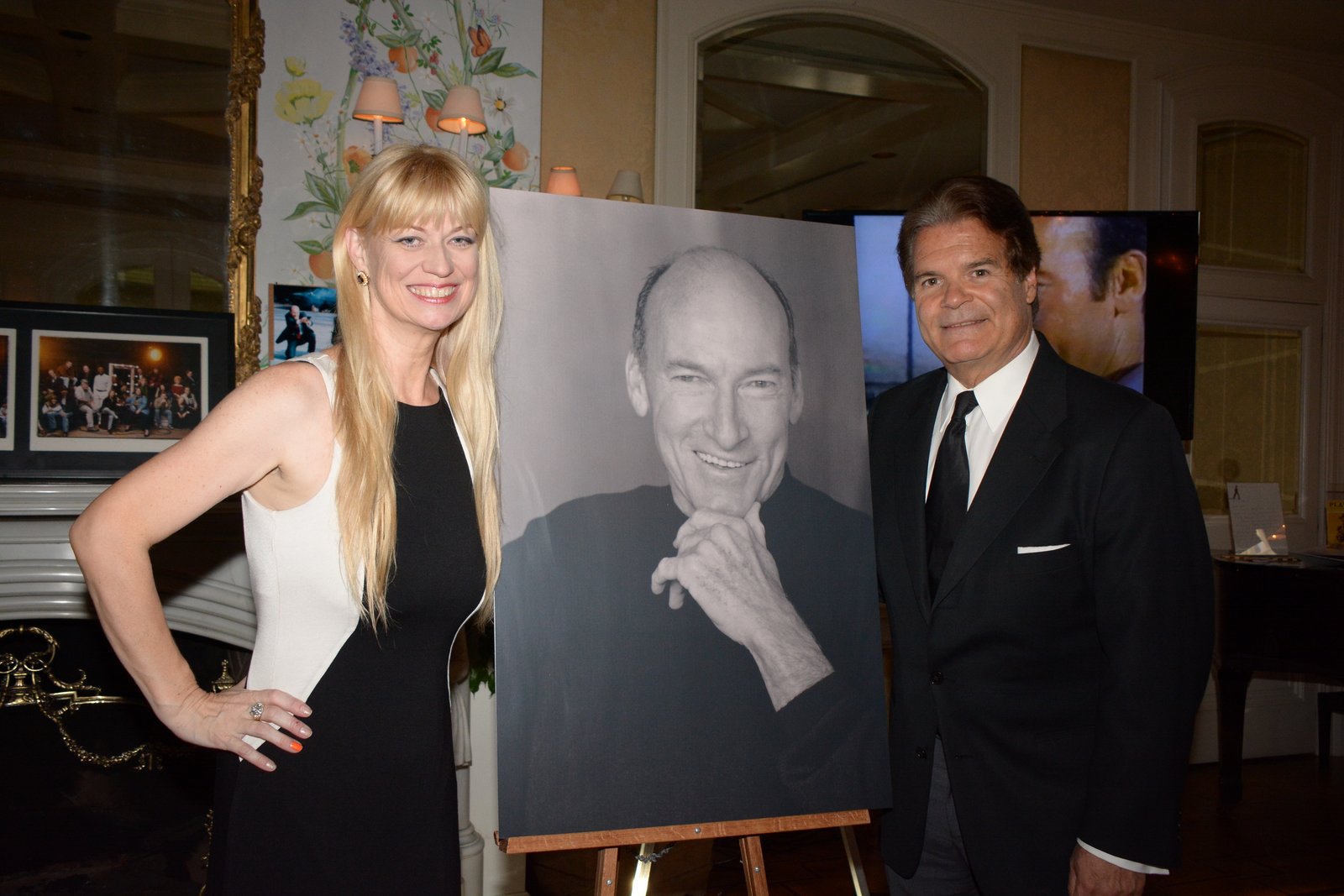 We were privileged to be the only press invited to share a celebration of life memorial for actor Ed Lauter, whose film career extended more than four decades.

He starred in a plethora of films and TV productions, including “The Longest Yard,” and worked with such celebrated actors as Lee Marvin, Burt Lancaster, Jim Carrey, and Liam Neeson.

Ed was known as a “good hearted Heavy” and he often portrayed an edgy villain; but in real life he was a erudite, charming character, who had a dream-like marriage with his much younger wife, Mia.

She hosted the reception at the elegant Bistro Gardens, along with Ed’s pal, Edward Lozzi, and invited 50 of Lauter’s best friends.

Some of these included Frank Sinatra, Jr. (whose Dad’s music was playing in the background), Robert and Edie Carradine, Joanna Lancaster (Burt’s daughter), Academy Award nominees Renee Taylor and Joe Bologna, and Robert Forster to name a few.

Ironically, there are three motion pictures coming out soon with Ed Lauter in the cast, as well as upcoming episodes of his role on the hit Showtime series, “Shameless.” Everyone raised a glass and toasted Lauter – a wonderful send-off for a wonderful life.

The very Italian Eatery, Nonna, in Beverly Hills, was the perfect venue for the pizza and wine book-signing soiree for Stephen Maitland-Lewis’ latest novel, “Botticelli’s Bastard.”

The event was hosted by his lovely wife, philanthropist Joni Berry, who has underwritten such major charity events as The Gypsy Awards, which benefits dancers in need; and SHARE – where she even helps design the dancer’s costumes, as well as performing in their annual show!

The Actors Fund was the recipient of the evening’s proceeds. Judging from the over-flowing crowd waiting patiently for Stephen to sign their books – we believe that it was a major success.