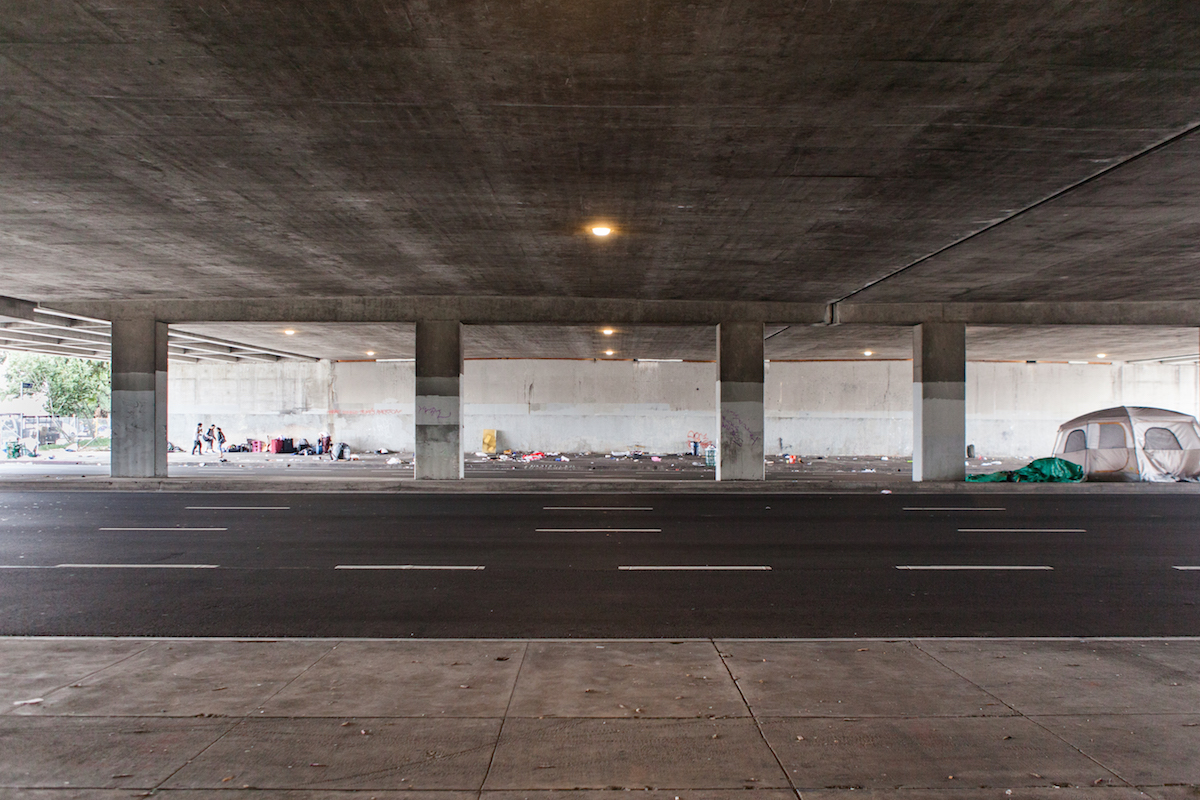 The shower deployments are a regular part of Los Angeles City Councilmember Mike Bonin’s and LA’s approach to dealing with homeless encampments, such as the one under the 405 at Venice Boulevard, has been through increased sanitation efforts.

The north side of the underpass, which regularly has more tents and belongings, is under LA jurisdiction while Culver City maintains the south side. Earlier this year, Bonin accused neighboring cities of pushing individuals experiencing homelessness into Los Angeles.

“It is maddening to hear reports from unhoused neighbors about how they are forbidden by police in neighboring cities from sleeping on sidewalks there and are directed to Los Angeles sidewalks,” Bonin said.