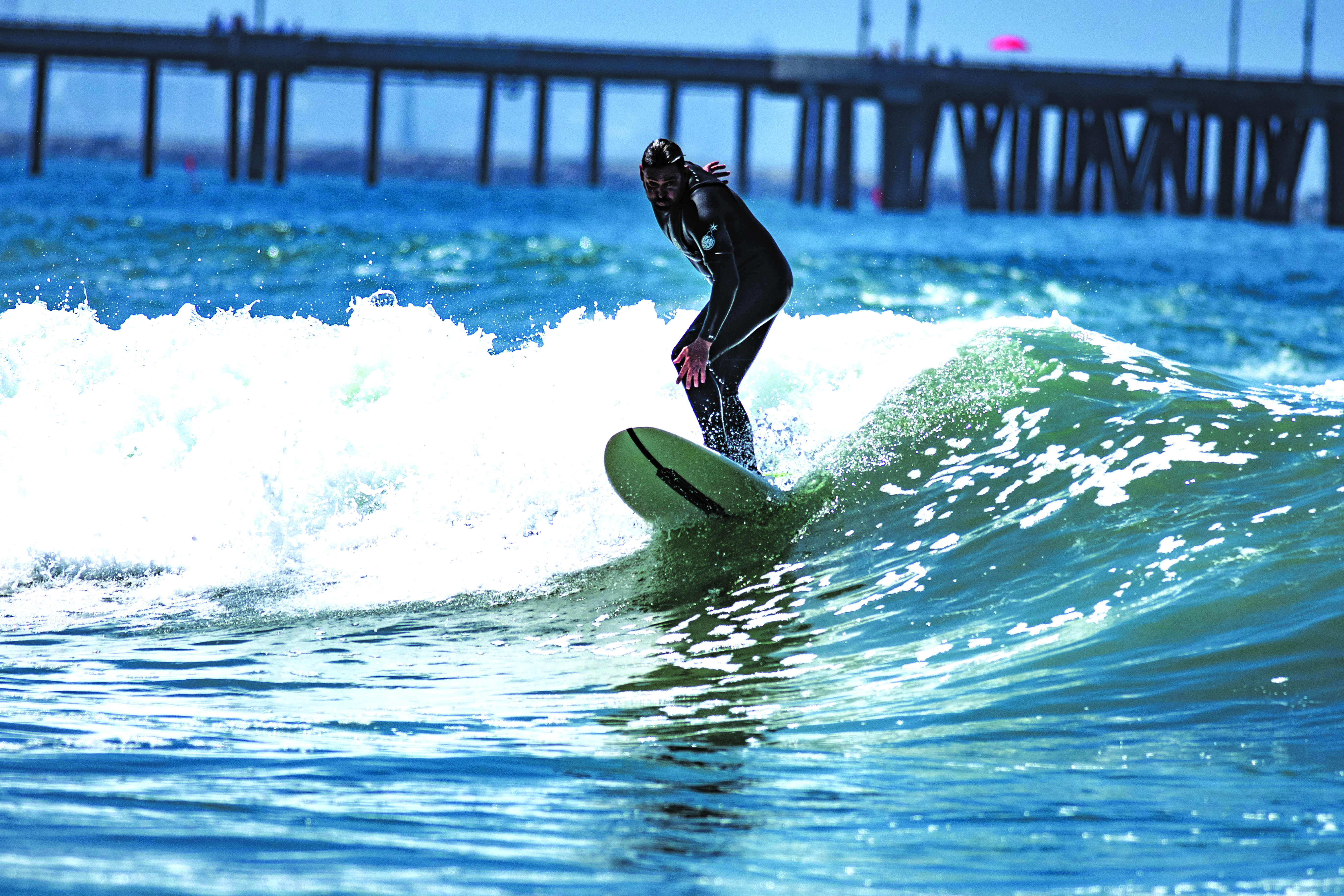 By Sam Catanzaro| Surfers in Venice and the rest of Southern California had a pretty slow winter in terms of waves. Last week, however, just as ocean began warming up, one of the first solid summer swells of the year made its way into Santa Monica Bay, sending fun waves to surfers.

A combination of a long-period tropical south swell combined with a moderate-period northwest swell created waves between four and seven feet on June 11 and 12 in Venice.

With the water reaching 64 degrees and the air temp reaching 80 degrees, many surfers found the ocean warm enough to break out their boardshorts after a long winter confined to a wetsuit.