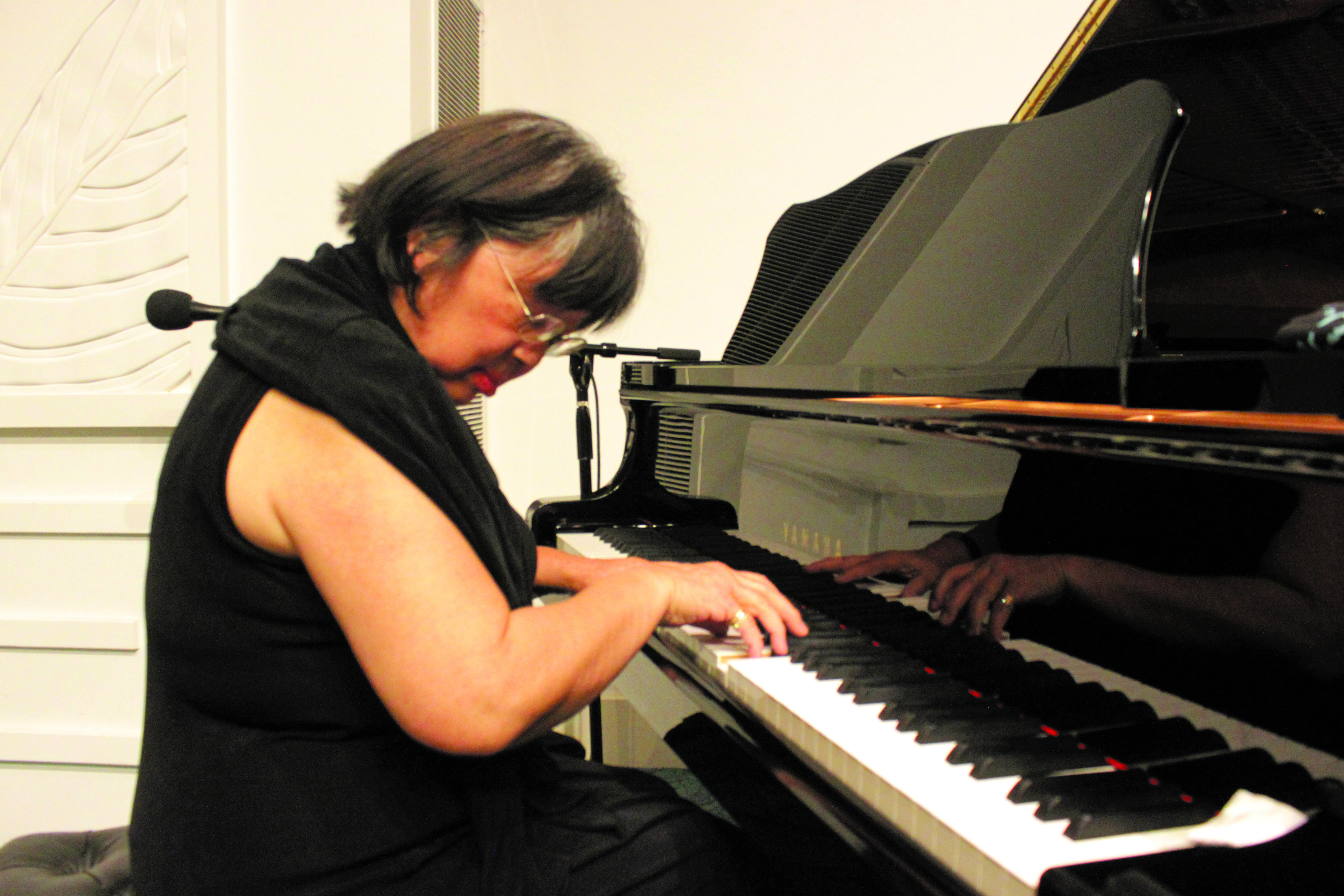 Saturday May 26, the Los Angeles Temple Visitors’ Center (LATVC) hosted musicians Mary Au and Chika Inoue. The duo’s recital included selected compositions from the last 250 years. The centerpiece of their program was “Behind Barbed Wire,” a piece commissioned to commemorate the 75th anniversary of the signing of Executive Order 9066.

The performance was the second of the day for the duo. According to Au, they had played earlier at Beyond Baroque as part of an event sponsored by the Venice Japanese American Memorial Monument Committee. Inside the LATVC, Au stated “tonight’s concert was really fantastic, we got to perform ‘Behind Barbed Wire’, composed by Deon Nielsen Price.” Au is a chamber musician and a former executive of the Grammy Awards, she cited that in 2017 she and Chika Inoue played the musical composition with Mary Kageyama Nomura, also known as the “songbird of Manzanar”, at California State University, Dominguez Hills (CSUDH).

According to LATVC, “the executive order placed 120,000 American of Japanese ancestry into camps from 1942-1946.” Manzanar in Inyo County, California, was one of the camps. The composition, “Behind Barbed Wire” uses an array of musical styles, including swing, to depict life inside of the camp. “It was a really sad time, and we need to remember so that history does not repeat itself,” said Au.

Chika Inoue, an on-call saxophonist for the Los Angeles Philharmonic, stated that Mary Au had written a piece about the Watts Riots, and “two years later, Mary commissioned a piece about Japanese internment.” “It is powerful music [with] a powerful message,” she said.

The saxophonist is a native of Osaka, Japan, and has played throughout the world in festivals, and concert halls. She started playing the saxophone at 13 when she joined the marching band.

“I picked up the saxophone…a really cool looking instrument, and since then I’ve been playing it,” Inoue said. “Classical saxophone is what I do, [however] saxophone is known as more like a jazz instrument.” For young musicians, Inoue advises listening to lots of music, playing different styles and from different cultures.

As the performance came to a close, both Mary Au and Chika Inoue greeted the attendees and thanked the LATVC for hosting. The evening’s program of five selected works included George FFrideric Handel’s “Arrival of the Queen of Sheba” (1749), “Franz Schubert’s Arpeggione Sonata in A Minor” (1824), Ryo Noda’s “Improvisation III. for Unaccompanied saxophone (1948), and Darius Milhaud’s “Scaramouche.”