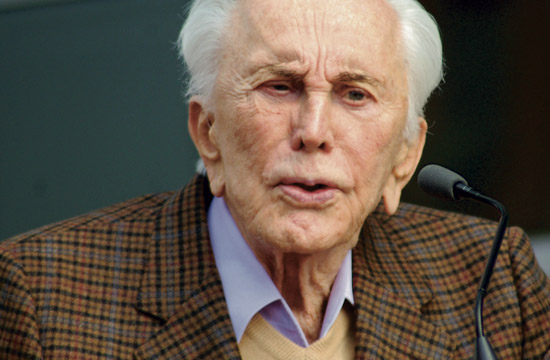 The UCLA Film & Television Archive has compiled a slew of films starring Kirk Douglas to honor his turning 100 on December 9 this year.

The “Kirk Douglas Centennial Celebration” will run from July through September at the Billy Wilder Theater at the Hammer Museum in Westwood. The celebration kicked off this past weekend (July 8 and 9) with screenings of the 1956 film “Lust for Life,” and the 1951 films “Ace in the Hole” and “Detective Story.”

For more information about which films are screening on which nights, and to purchase tickets, visit www.cinema.ucla.edu