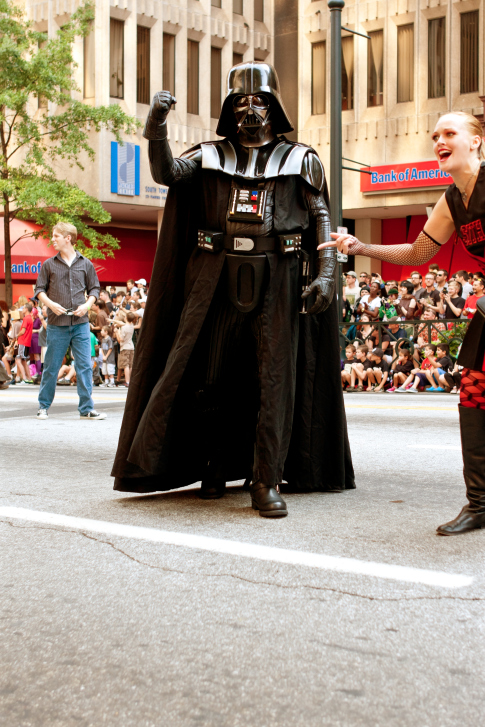 We have been waiting 30 years for this. Well, not everyone. Some don’t care, and why would you? It’s been hyped for 40 years, but it’s just a movie franchise. That’s the way I look at it, anyway. But despite that, I love it.

Anyway, “Star Wars: The Force Awakens” has finally appeared in theaters after 32 years of not being made by George Lucas following Episode VI, who instead decided to focus on the prequels, and to most, mucked up the beautiful creation he made that defined Generation X. And how was it?

I saw “The Force Awakens” on Saturday, Dec. 19, opting to miss the crowds of opening night, and went with my dad, who took me to Episode III back in 2005 when I was 11 years old. As a child who grew up with the prequels, my view of Star Wars on the whole is quite different than the people who saw it in theaters in the ’70s and viewed the prequels as a travesty.

From a truly neutral standpoint, the prequels have some really fun fights, great effects, and retroactively set the stage for the original trilogy in a somewhat seamless fashion. However, due to wooden acting, flat characters, and an over-reliance on comic relief, it did not tell a good story in the movies themselves. So, going into this continuation of such an acclaimed film dynasty, I was skeptical.

I couldn’t look at it from a cultural perspective, as I wasn’t there for half of it. I had to look at “The Force Awakens” from a purely neutral standpoint.

Is it a good movie?

I am trying to keep this as spoiler-free as possible, as not everyone has the time to go see it right away, but I make no promises. If you want to see the movie and don’t want it spoiled for you, STOP READING NOW, COME BACK LATER.

Star Wars has so vastly permeated American culture that there are classes taught on it and lines quoted (and misquoted) from it. It is praised on its wonderful use of a story-telling arc, known as the hero’s journey, and it does so again quite well in “The Force Awakens.” The overall plot of the film hit all the beats it should have, with proper motivations and characters set up and fleshed out well. There were enough nods and winks to die-hard fans of the series over the years, but not so many that they alienated new viewers. That said, some of them were just way too obvious. It seemed like J.J. Abrams was trying to say “Eh? I’m capturing the energy of the originals!” We get it, you’re doing fine.

The characters were quite interesting, including Finn, an ex-storm trooper who opts to help the protagonists. Although he is portrayed as naïve and brash, this suits him because he knows only the storm trooper life. This also gives depth to the ranks of the antagonists that the audience has never seen before, as they were just faces who missed their targets all the time.

Rey, another main character, was quite amazing as well, being a great strong female character. Nowadays the “strong female character” has herself been oversimplified as a girl who is physically and/or emotionally strong, with nothing else going for her. Rey was different, relying on her wits for most of the film, as well as being able to fight with the best of them.

My one gripe with the characters was Kylo Ren, the main villain. He wears a mask like Darth Vader in the original trilogy, he’s intimidating, and then he takes off the mask. It definitely shows how deep and scared he is as a character, but it ruins his intimidation factor. This is a catch-22, as we are either stuck with a one-dimensional, scary villain, or a more fleshed out character who looks like his voice could crack at any moment in the throes of puberty.

Lastly, the visuals; like any Abrams film, there are colors galore, but it’s not so much that it causes glaucoma. And unlike Abrams’s other big blockbuster franchise, the “Star Trek” reboots, there are no lens flares to be found in “The Force Awakens.” There are many scenes that are just a trip for the eyes, like the lightsaber fight that is guaranteed in any “Star Wars” movie. The snow contrasted with the red and blue blades are just gorgeous to look at.

Overall, “The Force Awakens” was a treat, having a great story, spectacular visuals, and well fleshed-out characters. However, some of the references to the original were too on the nose for those who’ve followed the series for a long time. I would highly recommend this movie to both old and new viewers of “Star Wars.” It’s not like “Phantom Menace” was fifteen years ago. Abrams took great care in molding a story that continues this great saga into the new generation, and the rose-colored glasses show no red flags beneath them.