2013 is off to a great start. On Sunday night the Golden Globes kicked off Hollywood’s glamorous awards season, although my favorite: The Annual Satellite Award, by the International Press Academy started it all back in December. But, this time the Hollywood Foreign Press really had something in the 3-hour broadcast for everyone. The first big departure for this year’s show was that Tina Fey and Amy Poehler replaced Ricky Gervais, who, they claimed, “is no longer technically in show business,â€ and who may have worn out his welcome by offending too many celebrities in the past few years with his remarks.

It turned out be a stroke of genius. Tina and Amy opened the show, after the glamorous red carpet entrance ceremonies, and hit all the right notes in the telecast sponsored by the Hollywood Foreign Press Association at the Beverly Hilton Hotel. Attractive, funny and absolutely undaunted, they put on a display of three hours of occasionally hilarious, sometimes emotional and surprisingly enjoyable TV.

And it took them only minutes at the start of the show to establish a light-handed but sharp-witted delivery that served them well throughout the night. Fey and Poehler offered plenty of edgy jokes delivered with sarcasm and smiles. One of Poehler’s most pointed barbs was directed at Oscar-winning director James Cameron, whose ex, Kathryn Bigelow, directed the film about the hunt for Osama Bin Laden.â€œ I haven’t really been following the controversy over â€˜Zero Dark Thirty,’ but when it comes to torture, I trust the lady who spent three years married to James Cameron,â€ she cracked.

Not to be outdone, Tina Fey addressed Anne Hathaway directly on her â€œLes MisÃ©rables” performance: “I have not seen someone so totally alone and abandoned like that since you were on stage with James Franco at the Oscars,” she quipped. Poehler and Fey, both nominated for actress in a comedy or musical series, kept the comedy coming, even as they confused the acronym for the Hollywood Foreign Press Assn. with a disease.

Poehler is known for some of the best deadpan comedies in the business, while Fey managed to project her keen wit with the same dry delivery. Fey singled out “Jennifer Lawrence, star of ‘Silver Linings Playbook,’ and Quentin Tarantino, the star of all my sexual nightmares,” while Poehler announced that Meryl Streep, though nominated, was not present because “she has the flu. And I hear she’s just fabulous in it.” It was all great stuff, and set the tone for what was to be a surprising and eventful night. Poehler and Fey proved that the right choice of hosts really does matter and can spice up the sometimes mundane and rote series of presentations throughout the evening.

Highlights of the evening included President Clinton’s surprising appearance to introduce the clips of “Lincoln,” a win by Adele for Best Original Song, her James Bond theme “Skyfall,” the triumph of HBO’s â€œGirls,â€ the rise of Ben Affleck’s â€œArgo,â€ and Robert Downey Jr.’s introduction of Jody Foster and the emotional and baffling speech that followed in accepting her Cecil B. DeMille statuette for her lifetime of work.

Acknowledging the underdog success of Lena Dunham’s â€œGirlsâ€ Fey hoisted her cocktail and said: “Congratulations, Lena Dunham, I’m so glad we were able to get you through middle school,” referring to Dunham’s remarks about her admiration for the hosts. Ben Affleck, whose directorial efforts on “Argo” were snubbed by the Academy of Motion Picture Arts and Sciences, got some love at the Globes and a double measure of vindication when he and the film scored huge Golden Globe victories for Best Director and Best Picture, Drama.

“Les MisÃ©rables” won the Golden Globe for Best Motion Picture, Musical or Comedy over “Silver Linings Playbook,” its strongest competitor in the category
Daniel-Day Lewis, the odds-on favorite to win Best Actor at next month’s Academy Awards, won the Golden Globe for Best Actor in a Drama for his brilliant performance in Steven Spielberg’s “Lincoln.”

In another possible Oscar precursor, Jennifer Lawrence won for Best Actress, Comedy or Musical, for her portrayal of an eccentric young widow in “Silver Linings Playbook.” After several humorous remarks, she thanked her supporters and included Harvey Weinstein. “Harvey,” she said, “thank you for killing whoever you had to kill to get me up here today.”

Lawrence’s strongest competitor in the race for Best Actress at next month’s Oscars, Jessica Chastain, won the Golden Globe for Best Actress, Drama. Chastain said of director Kathryn Bigelow “When you make a film that allows a character to disobey the conventions of Hollywood, you’ve done more for women than anyone gives you credit for.”

Lawrence’s co-star Bradley Cooper lost to Hugh Jackman in the Best Actor, Comedy or Musical for Jackman’s role as Jean Valjean in “Les MisÃ©rables.” Jackman credited his wife, Deborra-Lee Furness, with encouraging him to stick with the project when he lost faith in himself. “I really felt I had bitten off more than I could chew. My wife talked me off that cliff, like she talks me off most days,” he said.

Favorite Anne Hathaway won Best Supporting Actress for her portrayal of Fantine in “Les MisÃ©rables.” “Thank you for this lovely blunt object that I will forever more use as a weapon against self-doubt,” she said to the Hollywood Foreign Press Association, which administers the Golden Globe awards.

Quentin Tarantino was an â€œupsetâ€ winner for Best Screenplay, a category many thought would go to “Lincoln” screenwriter Tony Kushner. “This is a damn surprise, and I’m happy to be surprised!” Tarantino exclaimed as he claimed his trophy. Michael Haneke accepted the award for Best Foreign Language film for “Amour,” which scored Oscar nominations last week for Best Picture, Best Director and Best Actress.

In the TV categories, â€œHomeland” won Best TV Series, Drama, for the second year in a row, beating out “Breaking Bad,” “Boardwalk Empire,” Downton Abbey” and “The Newsroom.” “Homeland” star Damian Lewis won the award for Best Actor, TV Series, Drama, and Claire Danes won Best Actress for the second straight year. “I’m very proud to be working in this medium, in this moment, in this company,” she said.

“Game Change,” starring Julianne Moore as vice-presidential hopeful Sarah Palin, racked up a string of awards, received the Golden Globe for Best Miniseries or TV Movie, as well as Best Actress in a TV Movie or Miniseries for Moore and Best Supporting Actor for Ed Harris. “This was one of my favorite jobs, ever,” Moore said of portraying Palin in the often scathing TV movie. It was particularly touching to me that the director of this remarkable movie, Jay Roach, who I think has the best humor in Hollywood, gave me a very humble and honest interview just a few weeks prior to the Golden Globes. Despite him being one of the biggest directors who ever lived he maintains a down to earth, very kind and friendly demeanor. Few can do that in his status!

Christoph Waltz was the evening’s first announced winner, taking home Best Supporting Actor in a Motion Picture for his portrayal of a bounty hunter in Tarantino’s “Django Unchained.” Dame Maggie Smith won Best Supporting Actress in a Series, Mini-Series or Motion Picture Made for Television for her role as the Dowager Countess in “Downton Abbey.” Don Cheadle was a surprise winner in the Best Actor, Comedy or Musical category, beating out Alec Baldwin, Louis C.K. and Jim Parsons for his role in Showtime’s low profile “House of Lies.”

In the riveting centerpiece of the evening, Robert Downey Jr. presented Jodie Foster with the honorary Cecil B. DeMille Award, which recognizes “talented individuals who have made an incredible impact on the world of entertainment.” In her acceptance remarks, she acknowledged that she is â€œsingle,â€ a euphemism for her homosexuality, and offered a passionate defense of privacy and deep love for her mother.

As the show wrapped, Poehler closed the festivities by saying, “Thank you, good night and we’re going home with Jodie Foster.” 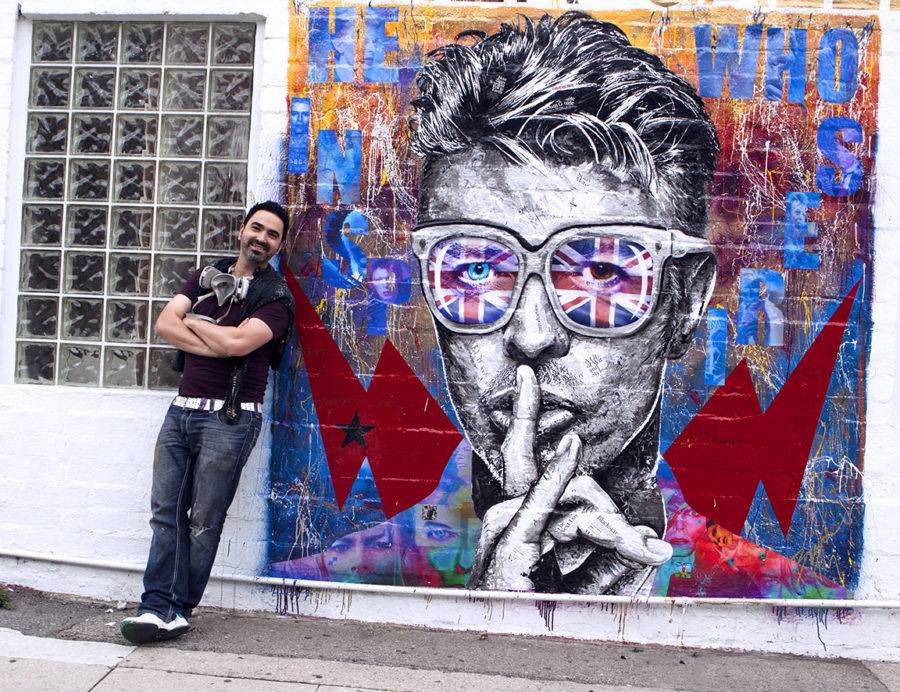 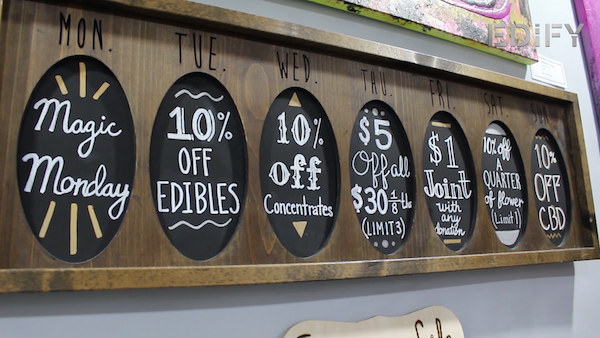