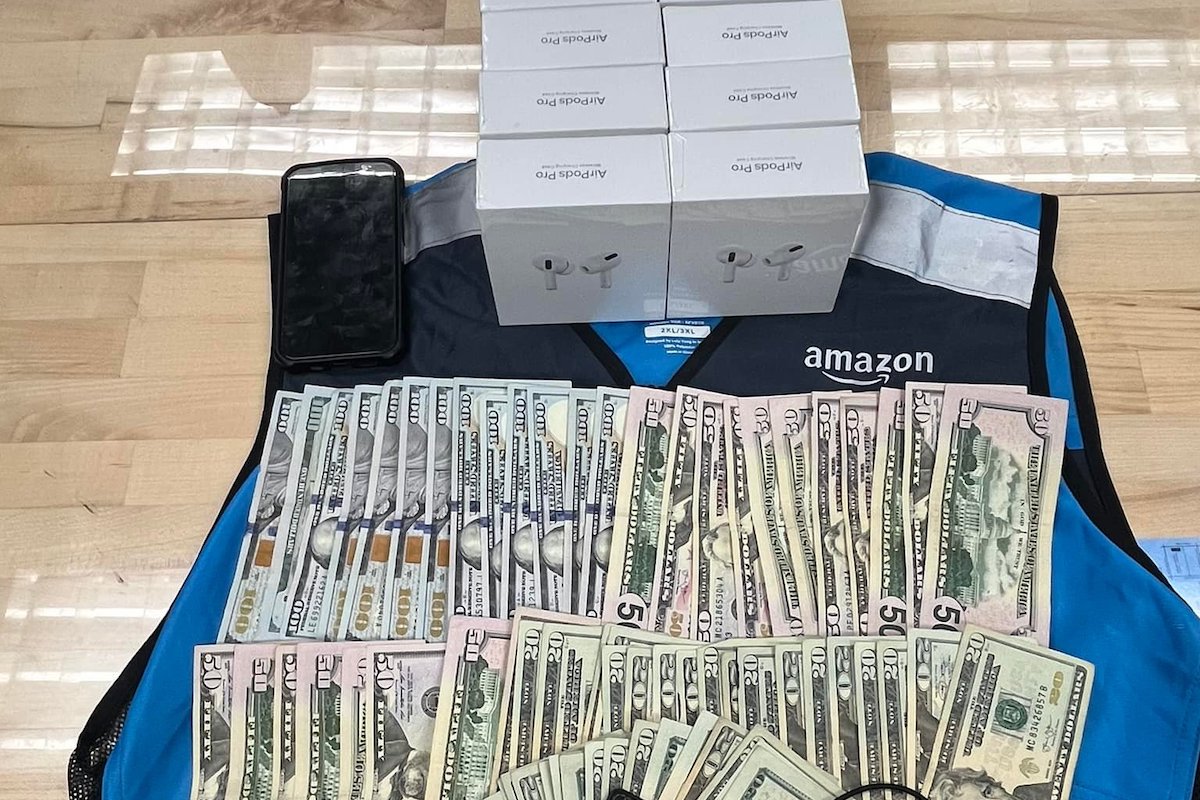 A man was recently arrested outside the Westfield Culver City mall for impersonating an Amazon delivery person and attempting to sell stolen merchandise.

According to the Culver City Police Department (CCPD), Wednesday afternoon, a CCPD Officer was patrolling the Westfield Mall parking lot when he observed a subject wearing an Amazon delivery vest while speaking with a woman and her children.

“When the subject noticed the officer, he quickly went into his car and began to drive through the lot. The officer learned from the woman that the subject was attempting to sell her stolen merchandise,” the CCPD said. “The officer made a traffic stop on the subject who claimed he was an Amazon employee, which was false information.”

During the investigation, the officer located 15 boxes of Apple AirPods inside a cardboard box and over $3800 in US currency.  The officer learned that the AirPods were taken in a burglary in the City of Industry.

The subject was arrested for burglary and transported to CCPD for booking.