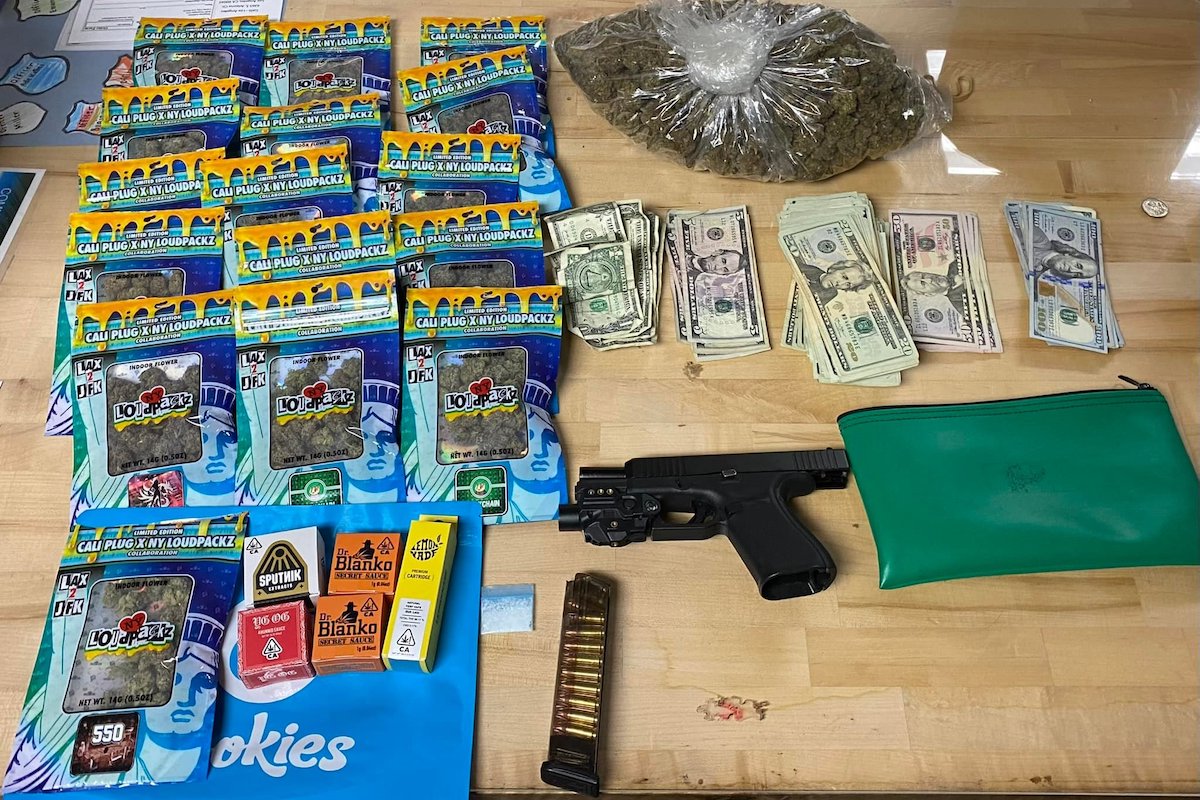 After being pulled over for a traffic violation, three suspects were arrested by Culver City police this week for possessing a loaded gun and narcotics.

According to the Culver City Police Department (CCPD), on Tuesday afternoon, day watch officers conducted a traffic stop for a hazardous moving violation.

The officer contacted the driver and his two passengers, police say.

“Through his investigation, he learned that the occupants were in possession of a loaded 9mm firearm, with high capacity magazine (21 live rounds),” CCPD said. “As it turns out, the subjects also had a large quantity of marijuana, cocaine, and $6,000 in cash.”

All three suspects were arrested and booked at the Culver City Police Department headquarters.